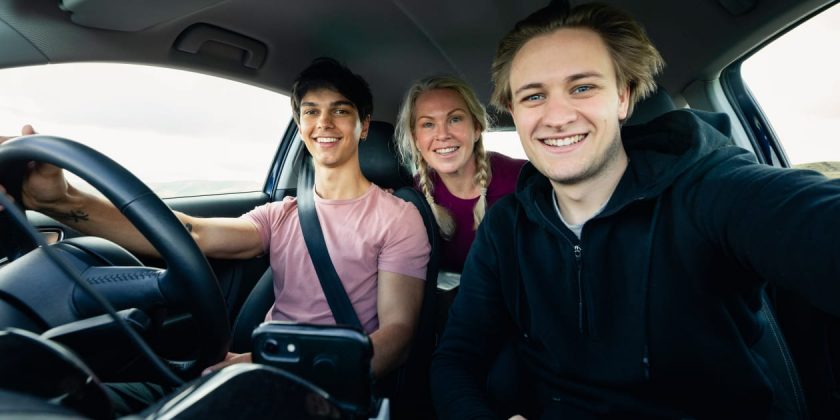 As a younger driver, car insurance is easily the biggest outlay once you’ve bought your car, and there are no two ways about it: cover for under 25s is expensive.

It can be the single biggest hurdle that stands between you and enjoying your motoring because, in simple terms, the cars you want to drive are often off limits because they cost too much to insure. So you end up buying a cheap runabout, purely because it’s the only car you think you can afford to get cover for.

All we can say is, think again, and certainly don’t give up as easily as that. There are deals out there to be had on insurance, so long as you’re prepared to shop around and accept some compromises. There are even some fun-to-drive cars around that don’t cost the earth to insure.

There are various ways in which younger drivers can reduce their premiums, although the most effective is to dive into the comparison sites and find a deal that works best for you – not least because some companies are more accepting of younger drivers than others.

There’s no substitute for putting the hours in on the laptop, because there’s no getting away from the fact that under 25s (and the over 70s, incidentally) are charged more to insure their cars. That’s because statistically they’re more likely to claim, simple as that.

There are other ways you can reduce your premiums, some of which are more obvious than others. However, none will be effective unless you’re prepared to put some sensible hard yards in, both on the laptop and once you’re up and running behind the wheel.

Firstly, if you name an older driver on your policy, a parent, for example, many insurance companies will charge you less for your cover. Remember that this doesn’t work the other way round: whoever has most use of the car should be the named driver on the policy. Insuring a car in a parent’s name and then adding the young motorist as a named driver, knowing full well that they will be driving the car most often, is known as fronting. It could lead to an invalid insurance policy and could also land you in court.

Two, save up and go for an annual policy rather than paying by monthly direct debit. It won’t cut your costs by a huge amount, but any saving is useful. Follow these two steps alone and you could save hundreds overall.

Three, drive better and get rewarded for it. The best way to do this is by going for a black-box policy, where the insurance company fits a GPS device to your car that monitors your driving habits and reduces the policy accordingly. It sounds a bit Big Brother, yes, but if it reduces your premium, either immediately or when you come to renew, it could be the discount that puts cover for a more desirable car within reach – and it needn’t be forever, either, because a few years’ proven good driving with a black box can bring standard premiums down.

However, be aware that not all black-box policies are the same, plus there are some nasty hidden costs that can apply. Some companies will charge more to install a black box than others, while others will also charge to remove the device if you change policy. And while outright curfews are rare, black-box policies often bring higher costs if you frequently drive at night, while all companies will penalise what they deem to be bad driving – think speeding, sudden braking and hard cornering. So remember: a black box policy could be a great way of saving money if you drive well and stick to the rules. But they could increase your insurance costs, both now and in future, if you continuously flout them.

Four, you can also reduce your premiums by increasing the excess that you are willing to pay, although that decision could come back to haunt you if you have an accident. Remember that few altercations involving vehicles or whatever they may come into contact with are cheap.

Five, similar benefits (and warnings) apply when choosing to go with third-party insurance cover, or a third party, fire and theft policy. These policies used to be cheaper than comprehensive cover, but firms often now consider drivers who opt for anything other than a comprehensive policy as being higher risk. What’s more, any damage done by you to your own car won’t be covered.

Some comprehensive policies will even cover you to drive hire cars or cars owned by other people, although this is rarely included within the small print of a young driver policy. Check the details of any comprehensive insurance, because not all policies cover the same things, and the fine print can vary significantly from one company to the next.

Six, you will also save money by buying the right car in the first place (see panel) and then by shopping around to find the best deal for your particular circumstances. The truth is, while one company will charge a 20-year-old trainee estate agent with a clean driving record £1,450 a year to comprehensively insure a 2015 Renault Clio that’s garaged overnight in Oxford, another company will charge more (or less), seemingly for no apparent reason.

Except there usually is a reason, and in this case it could be the words “trainee” and “estate agent” that send the algorithms into confusion. These computer-generated formulae analyse the risk that a customer represents, and the likelihood of the insurer having to pay out. As unfair as it seems, drivers of certain professions are, in the eyes of insurers, more likely to make a claim. Those in clerical jobs are generally regarded to be among the lowest risk, while professional sports players are far higher. You might not choose to use your actual job title when applying for car insurance, but whatever you state your profession is should reasonably reflect the work that you do. Stretch the truth and you could find your policy invalidated. Lie, and that’s fraud, plain and simple.

Finally, don’t go back to the same insurance company year after year. While the Financial Conduct Authority is looking into these issues, customer loyalty isn’t widely rewarded by the insurance industry. That means that if you stick with the same company, they’ll often charge you more money when it comes time to renew, not less. So once again, do shop around when you renew, because currently the most enticing deals are available to new customers, not existing ones.

Car makers need sales, and getting a new driver behind the wheel is one way of doing it. But the high cost of insurance, let alone the cost of buying a brand-new car, is going to put most new drivers off going to their local dealer, unless they have the bank of mum and dad to help cover the costs.

If that's the case, there are plenty of tempting finance deals that offer affordable ways to drive off in a new car, and the manufacturer will sometimes help to insure young drivers, too.

Do I have to pay for my car insurance up front?

Paying a lump sum up front for a whole year's worth of car insurance can be daunting, and for young drivers it will often be more than the value of their car, but it’s often cheaper than paying by a monthly Direct Debit.

Many insurers will offer monthly repayment plans or split the cost into two six-monthly payments, but the reality is you’ll end up paying more in the long run. Some insurers add up to 10 per cent onto the quoted premium if you pay monthly, while others charge interest on a monthly direct debit. If you can find the cash upfront, it’s the most cost effective way to pay.

Inevitably, there's a lot of jargon attached to the car insurance market but our handy guide will explain some of the key terms…

This is the amount you’ll have to pay if you make a claim before the insurance company will pay out. If you have a claim for £1,000 and your excess is £400, you’ll pay the first £400 with the insurer picking up the tab for the rest. Compulsory excess is what the insurer sets while voluntary excess is decided by you. Setting a higher excess will reduce your annual premium.

These policies offer the most complete level of car insurance protection available. With comprehensive car insurance, you can claim from your insurer for accidents that are your fault or when fault can’t be proven such as in a car park.

It’s the minimum amount of protection you can buy. It covers you against damage to another vehicle or structure, injuries to a third party or your own passengers and medical treatment cost and legal cost claims against you. Third party, fire and theft cover adds protection against someone trying to steal your car or set fire to it.

Well equipped and handsome, the Kia Picanto is an easy car to recommend. Choose any model with the non-turbocharged 1.0-litre petrol engine and insurance costs will be low, although only 2 trim with the automatic gearbox falls into the lowest group one insurance rating.

It’s hard to look past the Polo if you’re after a well built, classy first car with a bit of brand cachet. Remarkably, Match, Beats and limited-edition United trims with the 1.0 Evo three-cylinder engine fall into group one, although choosing a TSI engine will see premiums rise, with a jump to group eight.

The tiny up! makes for a superb first car thanks to its compact dimensions and great all-round visibility. Some models fall into insurance group two, although you can save cash by buying used, or by choosing one of its sister cars, the SEAT Mii or Skoda Citigo, both of which are plentiful on the used market.

You’ll get a lot more car for your money if you buy second-hand rather than new, and the insurance costs are sometimes lower on used cars than they are on brand-new ones. So although a Clio Expression is in group 3, it could cost you less to insure than a new car in group 2 – if you’re prepared to shop around and find the right deal.

Everything you need to know about learning to drive, getting your driving licence and choosing your first car…

Getting your first car