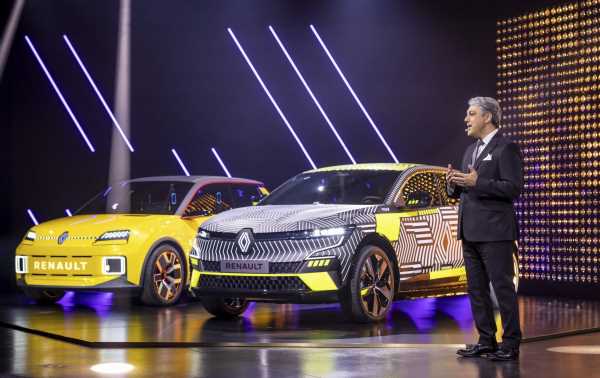 The global semiconductor chip shortage is a big issue for several industries, including the automotive industry, which is why many carmakers have had to adjust their production schedules due to the lack of supply.

BMW previously said that it doesn’t expect a recovery any time soon, warning that the shortage will remain during the second half of 2021. Now, Renault CEO Luca de Meo has revealed that he shares the same sentiment, although he expects the problem to persist through next year.

As reported by Automotive News Europe, de Meo recently said in a French parliamentary hearing that the shortage is “a structural thing that will be with us through 2022.” “There will be tension in the system even if production capacity is improving,” he added.

The French carmaker is still getting by with reduced volumes, but de Meo noted that what’s frustrating is the inconsistency for the industry, as the visibility on supplies “changes every week.” Given the situation, de Meo expects Renault’s output this year to dip by at least 100,000 vehicles, although he refused to comment further.

The lack of semiconductor chips was brought about by the surge in consumer demand for electronic devices during pandemic lockdowns in several countries. This has not only resulted in reduced vehicle production and lengthier delivery times, but is the reason why it’s difficult to find that shiny new Nvidia RTX graphics card or PlayStation 5 in stock.