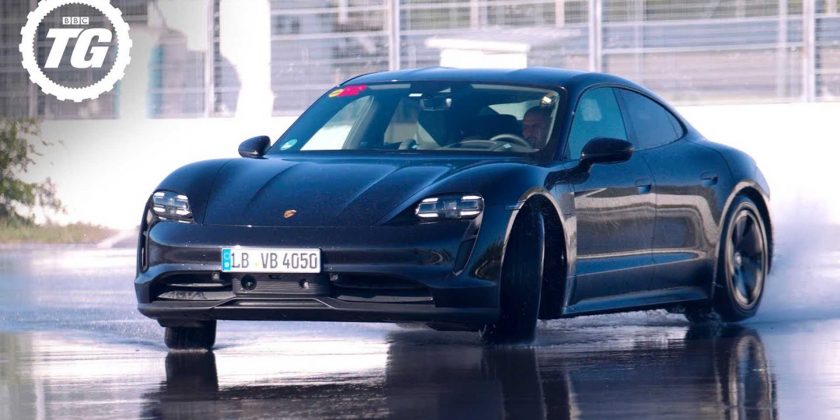 The Top Gear presenter briefly held the record for the longest EV drift, but was quickly dethroned.

Porsche didn’t mention it in the official video it posted about the longest EV drift record in one of their Taycans (a rear-wheel drive-only example) that before Dennis Retera got behind the wheel, Top Gear presenter and automotive journo, Chris Harris, also had a go. But in spite of Harris’ documented proficiency behind the wheel, and his expertise and making cars go sideways with remarkable effortlessness, his attempt didn’t even come close to Retera’s. 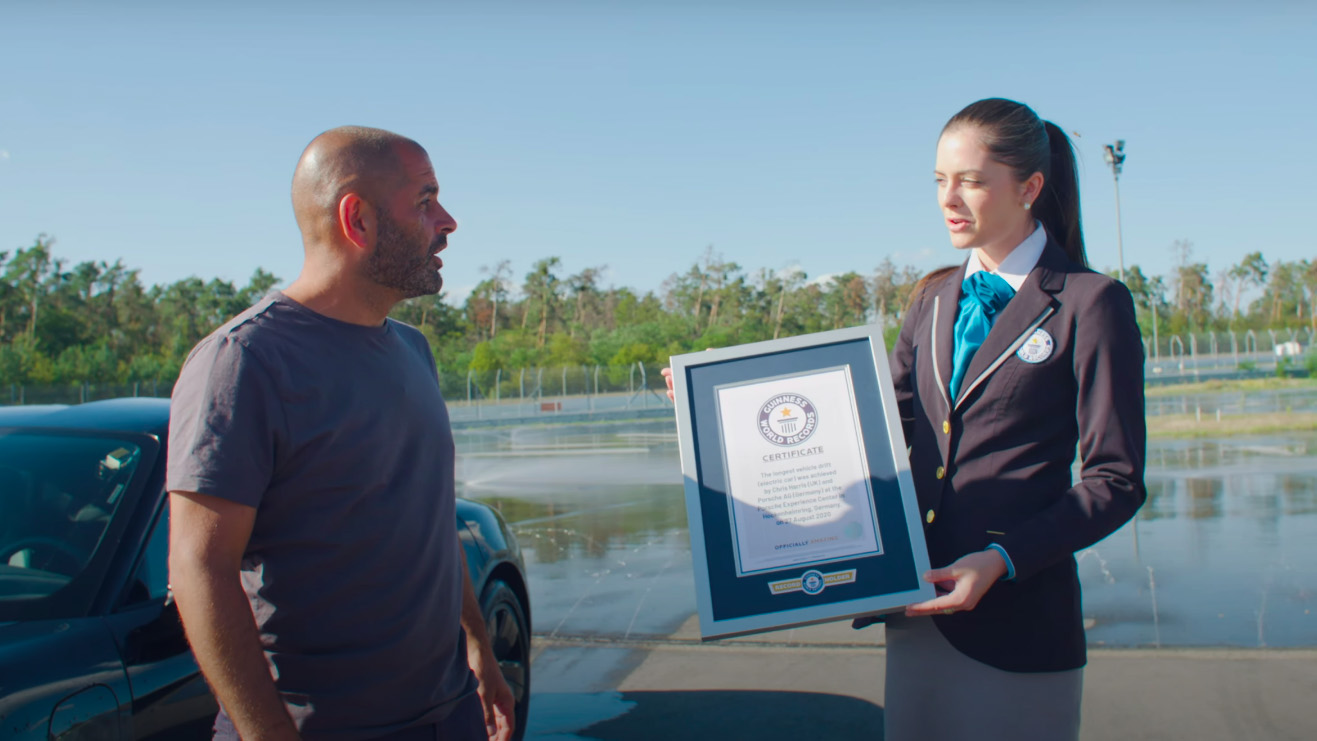 Harris had three attempts at his disposal to try to snag the record, and with his best attempt (a total of 18 full sideways laps of the skidpad), he briefly gets the record. However, this is short-lived because Dennis Retera then takes the wheel and, as you’ve already seen, he kept the car continuously sideways for an impressive 210 laps, totaling 42.171 km (26.20 miles) at an average speed of 46 km/h (28.5 mph).

This is a record without precedent, which is why Harris briefly holds it with just 18 laps and he’s even given a plaque attesting to it. Is it a relevant record, or just a PR exercise by Porsche to further popularize the Taycan, a car that is already proving a to be hit?

Well, it’s relevant to highlight just how controllable the Taycan is, and just how easy it is to do do difficult stunts such as this one in it. Will it help Porsche sell even more Taycans? Definitely and it therefore is a successful means of promoting the car.