Congestion charge rates will increase as of next month in London, as the country relies more heavily on public transport during the coronavirus pandemic. The rates have been accepted reluctantly by London Mayor Sadiq Khan, who said the rates were “not the deal I wanted”.

Why is the congestion charge going up?

According to Mayor of London Sadiq Khan, the rates had to go up to “keep tubes and buses running”.

As a result, the Mayor has had to raise charges for people travelling into the city by 30 percent to replace the missing funds. 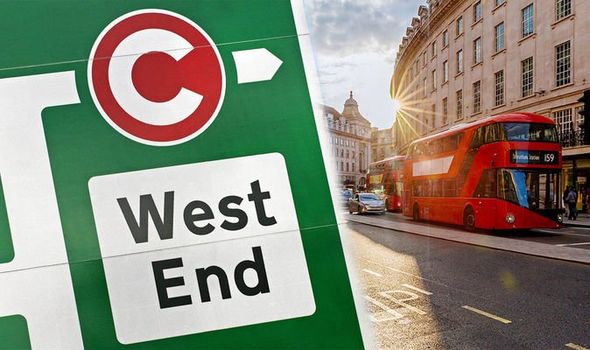 Mr Khan said it was “not the deal I wanted but it was the only deal the government put on the table.

“I had no choice but to accept it to keep the Tubes and buses running.

“Fares income has fallen by 90 percent in the last two months because Londoners have done the right thing and stayed at home – so there simply isn’t enough money coming in to pay for our services.”

Londoners will have to pay nearly £5 more starting next month, when Government advice is unlikely to change.

How much is the congestion charge now?

The central London congestion charge is currently set at £11.50, and will remain in place for another month.

People will have to start paying the rate before then, however, as they come back into play next week.

City authorities suspended the congestion charge due to COVID-19, as people found themselves using private transport to get to work.

However, as part of the new measures, people will have to start paying once more starting next week.

The latest set of measures have arrived as a Government-imposed position on a bailout for Transport for London.