WhatsApp’s encrypted messaging service makes it a go-to destination for criminals to arrange the illegal activity. Thieves use the app to arrange preferred model targets, agree on final prices and arrange potential buyers for the stolen vehicles.

Social media is also used to discuss plans to hide the vehicles from police ANPR detection with fake number plates.

AX’s Director of Investigative Services, Neil Thomas said: “The highly organised criminal networks are constantly looking for more secure ways to carry on their ‘businesses’ online and use social media with encrypted messaging capabilities or even online games to covertly communicate with each other.

“The sheer volume of thefts is practically a car theft epidemic and is enabling criminals to purchase costly technology which then fuels even more car crime.”

AX confirmed to Express.co.uk thieves prefer to target high-end prestigious cars due to a ready market for discounted car parts. 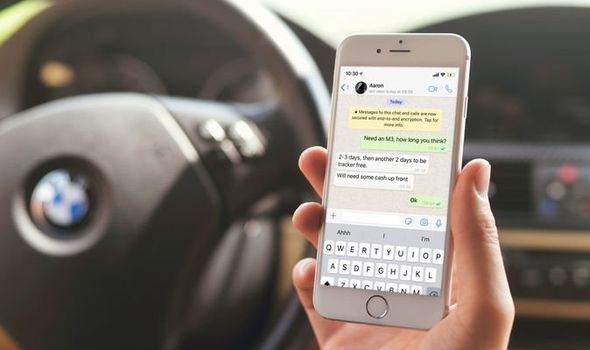 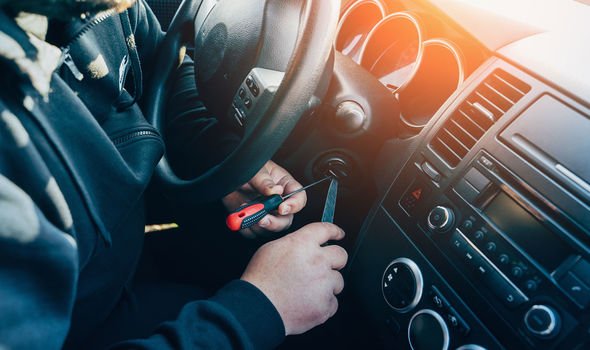 The group claims high-end models such as Mercedes, BMW and Volkswagen are often on gang’s virtual shopping lists.

AX confirmed in the last few weeks the group has recovered lucrative Mercedes C class models, Range Rovers worth over £100,000 and an Audi RS sportscar.

When approached by Express.co.uk, WhatsApp refused to comment on the claims. However, the group did confirm end-to-end encryption means only the sender and recipient can see the content of messages to protect the privacy and security of users.

WhatsApp also revealed they have a dedicated team that includes experts in law enforcement and online safety policy to assist law enforcemet as thet track down and prosecute criminals.

DON’T MISS
Children should not wear winter coats in a car  [TIPS]
Electric cars may be safer to drive in deep water [VIDEO]
This football number plate sold for over £50,000 [PICS]

The statistics reveal a car is stolen every five minutes on average in the UK in the latest warning to concerned motorists.

The Association of British Insurers (ABI) claim the group settled 16,000 claims for car theft crime within just three months at the start of 2019.

The ABI also revealed insurers paid a record £376million for car theft claims in 2018 in a 27 percent rise on the previous year.

Keyless car thefts have been partly to blame as criminals use sophisticated technology to break into locked cars using something known as a relay attack.

Thieves use a device to copy a unique lock code sent by the owner’s keyless fob and then relay this into the car to unlock the vehicle in seconds.

A recent study by WhatCar? magazine revealed some of the most popular road cars on the market could be broken into and stolen within just 10 seconds.

How to avoid becoming a car theft victim

He added: “If the car is on your drive, the best advice is to make sure the car keys can’t be seen or reached through the letterbox.

“However, never take them upstairs where the thieves may come looking for them while you sleep and could be a danger to your personal safety.” 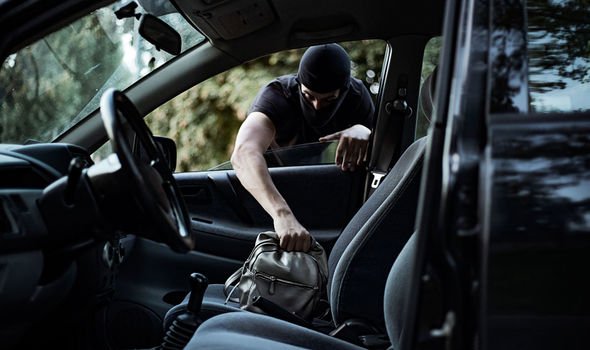 The RAC adds motorists could add a tracking device to their vehicle to increase the chances of a are being recovered by the police.

The recovery group also urges owners to remove valuables items from their vehicle such as car stereo systems and expensive sat-nav devices which could be targeted by thieves.

Vehicle documentation such as the logbook or service records should also not be kept in the vehicle as these can be easily copied.

Thieves who have the documents will be able to sell a car much quicker than usual and could also mean you become the victim of identity fraud.