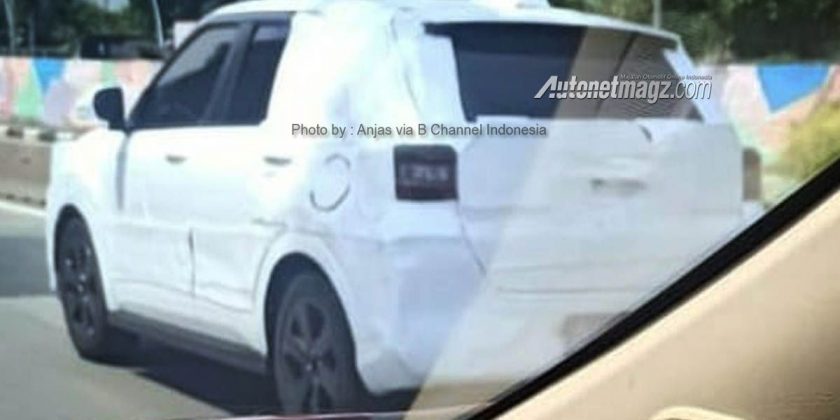 Our friends at Autonetmagz have published spyshots of an SUV believed to be the Daihatsu Rocky undergoing road trials in Indonesia, suggesting that the compact SUV will make its way into the republic in the near future. That it is due in isn’t a surprise, because it was reported last month that local distributor Astra Daihatsu Motor had intimated that it was looking to bring in the Rocky as well as the Taft Reborn, although it did not specify exactly when.

The first intro could happen early next year. Initially, news reports had suggested that the first public showing of the SUV would be at the Gaikindo Jakarta Auto Week taking place at the end of November. However, the event has since been shifted to next January, so an official reveal might only take place then.

The Rocky, which went on sale in Japan last November, is powered by a 1.0 litre turbocharged three-cylinder engine offering 98 PS at 6,000 rpm and 140 Nm of torque from 2,400 to 4,000 rpm, paired with a D-CVT, like its Toyota sibling, the Raize, which is also reportedly set for Indonesia. While there is an optional AWD system available for it, the SUV is likely to go on sale in front-wheel drive form.

Closer to home, Perodua is also expected to introduce its own version of the Rocky in Malaysia, but no official timeline for its market debut has been offered. Rumours early this year had suggested a launch sometime in the second half of 2020, but in August Perodua president and CEO Datuk Zainal Abidin Ahmad revealed that there had been no plan to introduce it this year.

“I cannot say when, but even in our original plan it wasn’t going to be launched this year. However, as a result of the movement control order (MCO) and so on, we have to re-look at the schedule, and at this moment we have not decided on a launch timeline yet,” he told paultan.org.