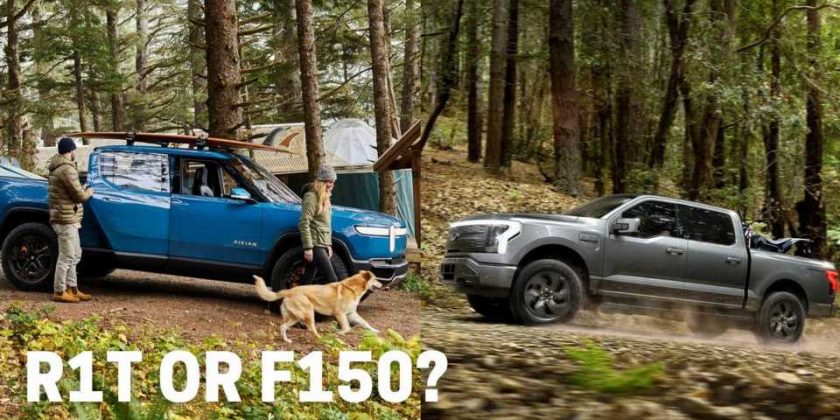 They discussed the new electric pickup truck for half an hour.

Ben Sullins said he was so impressed with the Ford F-150 Lightning that he would even consider giving up on his Rivian R1T reservation to buy the electric pickup truck from Ford instead. What about other pre-order holders for Rivian’s pickup truck? Four of them decided to analyze the F-150 Lightning, and they spent half an hour discussing all it has to offer.

The first point made by one of them is that the Tesla Cybertruck and the F-150 Lightning decided to copy one of the most distinctive design elements from the R1T: the horizontal light bar in the front end. The R1T would have been the very first one to present it. For the record, the VW Golf GTE also got that feature in its newest generation.

Another one of the commenters states that the F-150 Lightning and the R1T aims at very different publics. The Ford electric pickup truck would want to please the same clients that made it the best-selling vehicle in the world for decades. Rivian’s would focus on lifestyle and a more luxurious experience with a touch of high performance on and off-road.

What all of them seemed to be impressed about was the massive trunk and the Intelligent Backup Power. Sullins also talked about them in his video, and these were the aspects that made him seriously consider buying an F-150 Lightning instead of the R1T. He even compared this Ford to a Tesla Powerwall and realized it could be a better solution for power outages.

One aspect of the Mega Power Frunk – as Ford calls it – made the commenters both happy and concerned. Having a flat opening makes it easy to load but could also make things stored there fall as soon as you open the frunk lid. To solve that, they hope that Ford sells a net or another type of accessory that can prevent cargo from falling.

The conversation extends to other aspects of both products. Feel free to learn with the entire discussion by watching the video above.