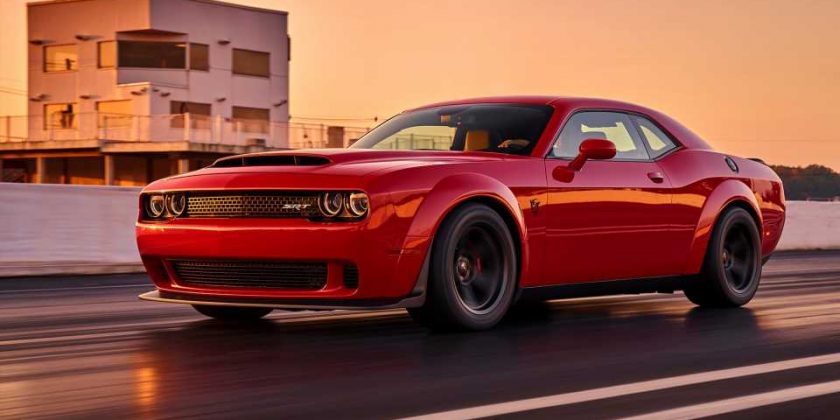 It shouldn’t come as much of a surprise that there’s apparently a lot more planned for the current Dodge Challenger, even as the model appears set to go away in 2024. Considering just how long the car has managed to stick around and remain relevant, most notably with the bonkers Demon model good for 840 horsepower and requiring high octane racing fuel, you’d expect Dodge to send it out with an appropriately gas-guzzling bang before things go electric. Now, MoparInsiders reports the automaker is working on a new Demon-beating model that will be able to run on E85, without the need for more special fuel.

For what it’s worth, Dodge has already packaged its 6.2-liter Hemi motor in non-Demon configurations, namely the SRT Super Stock we recently tested at the drag strip, but those were slightly limited in power and performance. The report from sources via MoparInsiders suggests a new model will feature a similar powertrain that runs on E85 fuel, but with the performance to beat a Demon, which would set it atop the performance hierarchy and push the Challenger platform even further.

Sources indicate we can expect another limited production model with more than 850 horsepower on tap. The car will reportedly debut as part of Dodge’s “Never Lift” campaign relatively soon, as part of a plan to introduce new models and products every four months over the next two years, leading up to the debut of Dodge’s electric muscle car sometime in 2024. The report seems to indicate it could be limited to just the Challenger coupe, but the four-door Charger could see an upgrade as well.

Any new high performance limited edition model from Dodge would likely be the last hurrah, for real this time, for the Hemi engine, as the brand’s parent company Stellantis plants to introduce more fuel-efficient, emissions-limiting powertrains for the expected next generation of internal combustion Challenger and Charger models. Eventually everything will go fully electric, but not for a few more years, and we pretty much expect Dodge to be one of the last holdouts of the EV transition if they have their way.