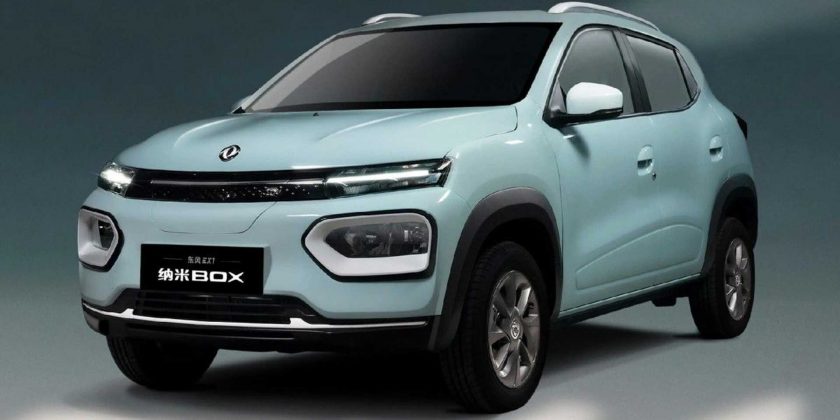 Dacia Spring took its home market of Romania and Europe generally speaking by storm last year when it debuted offering an unmatched value proposition for an electric car, especially when factoring in countries’ generous EV incentives. It actually started life as the gas-powered Renault Kwid, then it became the all-electric Renault City K-ZE, then the Dacia model appeared and now we have another version of this vehicle, and it might be the best one yet, at least in terms of looks.

Dongfeng builds the Spring for Europe, but its own model, the Nano Box, comes with a completely different front fascia and interior to any of the aforementioned models. Somehow Dongfeng managed to make its vehicle feel more posh and this is especially apparent when you look inside at the two-tone interior.

Here the Chinese automaker added a generous 10-inch central screen complimented by a 7-inch digital driver’s display. The dashboard itself is completely different to the one in the Dacia, and it even has a console that raises the transmission selector to a more comfortable place. The only major part that seems shared is the climate control panel, as well as the wiper and indicator stalks.

The Dongfeng Nano Box has the exact same 33 kW (45 horsepower) motor as the Dacia Spring EV. It drives the front wheels and draws electricity from a 27.2 kWh battery pack. In Europe, that gives a WLTP range of just 230 km (143 miles), which is actually achievable, while for the Nano Box they give a much more unrealistic 331 km (218 miles).

Just like in Europe, the low price will be the main draw to purchase this electric vehicle, which in China is expected to cost from under $10,000, less than half what the Dacia Spring costs in Europe before incentives.