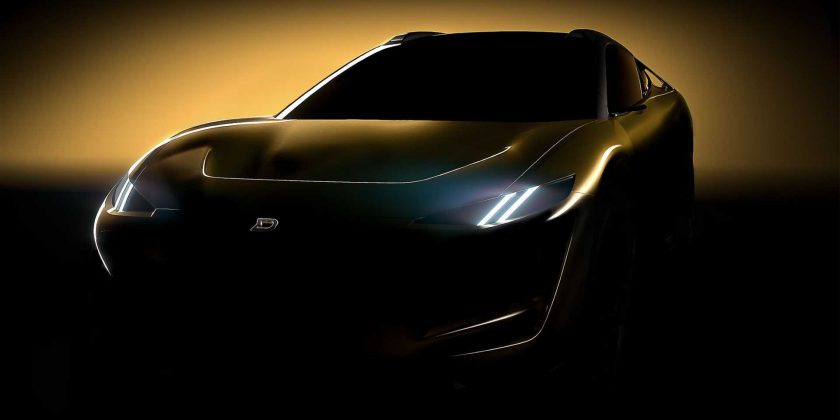 Drako Motors is previewing a new model for its lineup – a high-powered super-SUV. The company has released teaser images of its latest model, highlighting unique aspects of the design before the full reveal. Drako also provides a handful of details about the powertrain, like its output, which will hit 2,000 horsepower (1,491 kilowatts).

The new Drako Dragon SUV rides on the company’s Drako DriveOS vehicle architecture, giving it much control over the architecture’s performance. The new SUV will feature Drako’s DriveOS Quad Motor Powertrain. The four-motor setup delivers the 2,000 hp to the ground and allows the SUV to hits 60 miles per hour (96 kilometers per hour) in a claimed 1.9 seconds. That’s on par with the Tesla Model S Plaid.

The all-electric powertrain will allegedly take the car to a top speed of over 200 mph (321 kph), and it will complete the quarter-mile in 9.0 seconds. Those are impressive numbers for an SUV but not uncommon with electric vehicles. Drako will also give the SUV a three-stage suspension.

We only have teaser images showing off the model, but it looks like it takes some inspiration from the Drako GTE. Shadows hide a lot of the SUV’s styling, but we can see the lighting elements front and rear, the hood design, a portion of the front bumper, and the flying buttresses at the back. One of its most noticeable features is its gullwing doors. The company uses an extensive amount of carbon fiber, too.

There are no teaser images of the interior, but Drako says that it will finish the cabin in fine leather. It’ll seat up to five, with Drako “taking advantage of package and design freedoms allowed by EV powertrains,” which sounds exciting.

The new Drako SUV “conquers the automotive world later this year,” according to the company, with reservations opening soon. While the Drako GTE started at $1.25 million, the new Dragon will be much more competitively priced alongside other high-powered luxury SUVs, likely facing off against the Lamborghini Urus, Bentley Bentayga, and other pricey performance SUVs.