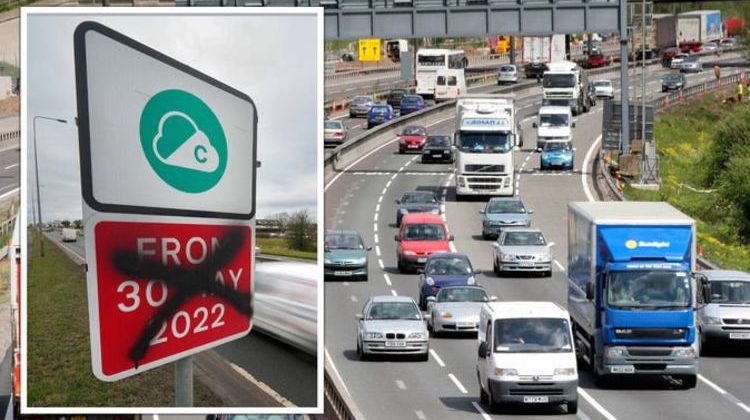 Greater Manchester’s Clean Air Zone (CAZ) has been a topic of debate in recent weeks as residents have been unable to access the vehicles needed to adhere to the rules. The new CAZ is set to launch in May and will see buses and heavy goods vehicles (HGVs) being charged £60 to drive into the charging area.

Other vehicles including most taxis, vans and minibuses will be charged from £7.50 per day after a one year “grace-period”.

Greater Manchester’s clean air leaders have called on the Government to review the impact of vehicle supply chain issues on the GM Clean Air Plan.

They also called for a “fundamental review” of the terms of the CAZ in order to protect drivers from the charges when they can’t access cleaner vehicles to avoid the costs.

A number of MPs in the affected area have called on the Government to intervene, including Bolton South East MP Yasmin Qureshi.

She said: “This letter isn’t an attempt to attack the Government, but our constituents and their livelihoods need the support to manage the transition to a clean air zone.

“We accept that more needs to be done on air quality, but we cannot seriously expect our constituents to be driven into hardship because the Government refuses to admit that it must support this process.”

Bolton Council has made calls to suspend the CAZ, but only the national Government has the power to scrap the scheme entirely.

Earlier this week, taxi drivers brought Bolton town centre to a halt for a second time.

A demonstration made up of more than 100 vehicles protesting against the Clean Air Zone and its associated costs.

There is a temporary exemption for most Greater Manchester-licensed vehicles until June 1, 2023.