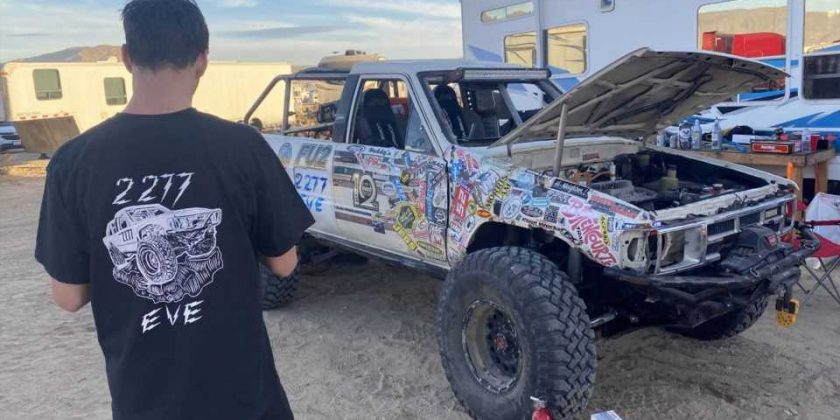 It’s a 4Runner with a Nissan Leaf motor and battery modules.

Kyle Seggelin loves rock crawling. For a long time, he had been doing so before his 1989 Toyota 4Runner’s engine overheated at the beginning of 2021. That was the right time for him to make an electric pickup truck for rock crawling and compete at the 2021 “King Of The Hammers’” new EV-only category. Seggelin ingeniously made that: with swappable battery modules.

The competition was just an additional push toward a plan Seggelin had for a long time.

“Rock crawling specifically is also well suited to electric drive, where low-end torque is desired over sustained high output. You can have fun all day in a rock crawler and never go farther than a 5-mile radius from camp or go over 20 mph.” 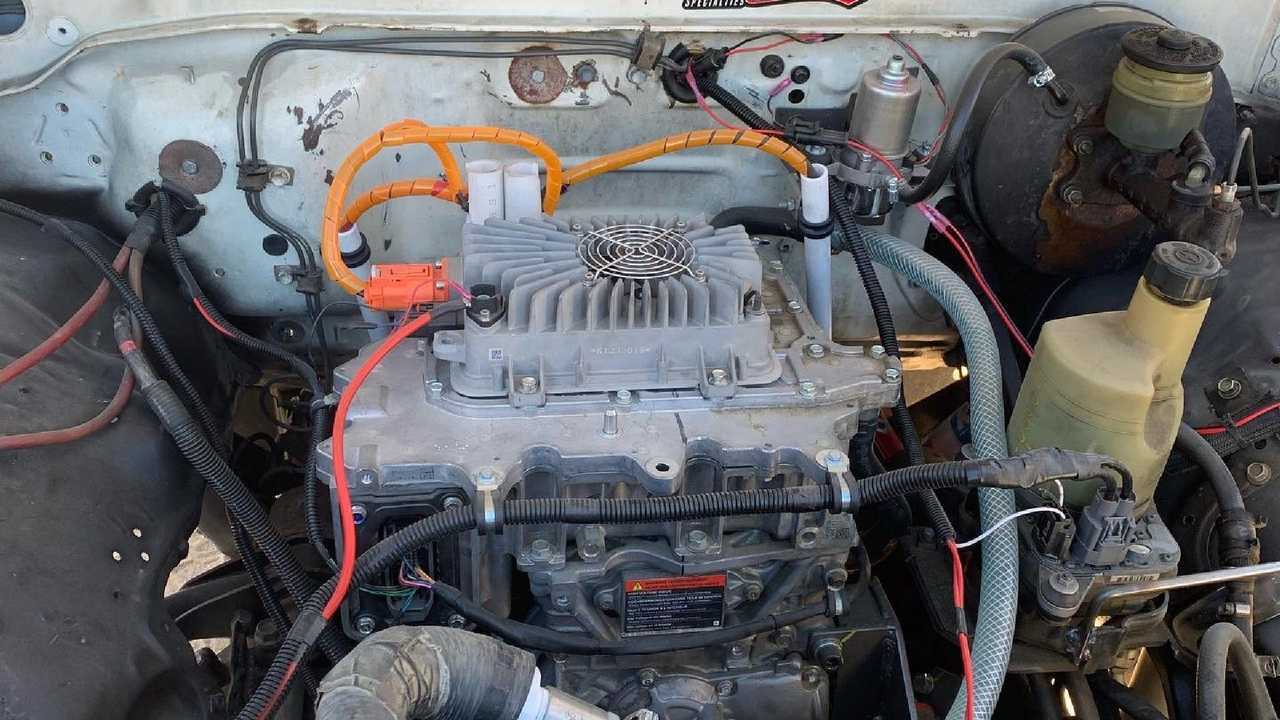 “Part of going off-roading with decades-old, beat-up, and neglected trucks is that they are pretty much always on the verge of breaking down for lots of reasons. I think an electric motor and batteries – after a few bugs are worked out – will be significantly more reliable than the old Toyota ICE and supporting systems. More time having fun, less time broken on the few weekends a year we get together.”

The issue with using his 1989 4Runner was that there would be no time to prepare it for the competition. To speed things up, Seggelin sold his pickup truck and got a 1986 4Runner that Dave Cole and his son Bailey Cole raced at the “Norra 1000” in Mexico and also at the “King Of The Hammers.” It had been sitting in a field for some years until it got converted to EV.

To do that, Seggelin paid $4,000 on a 2015 Nissan Leaf to convert it into a donor. After driving it for a few weeks, he had the same “taste of honey” Sandy Munro got after making a road trip with a Tesla Model 3. According to him, “these are great little cars,” and the Leaf was the “nicest, newest vehicle” he has ever owned.

Anyway, that Leaf had a mission. And the 4Runner had a new name: EVE (Electric Vehicle Experiment). For the “King Of The Hammers,” charging was not an option.

“The challenge is more or less a 90-mile loop with two pit stops. There will be about a 20-mile section, pitstop, a 45-mile section, pitstop, and a third section of around 20 miles. It will include steep sandy hills, rock crawling, and long straight flats. The 24 kWh pack that came in the car will not be anywhere close to accomplishing this.” 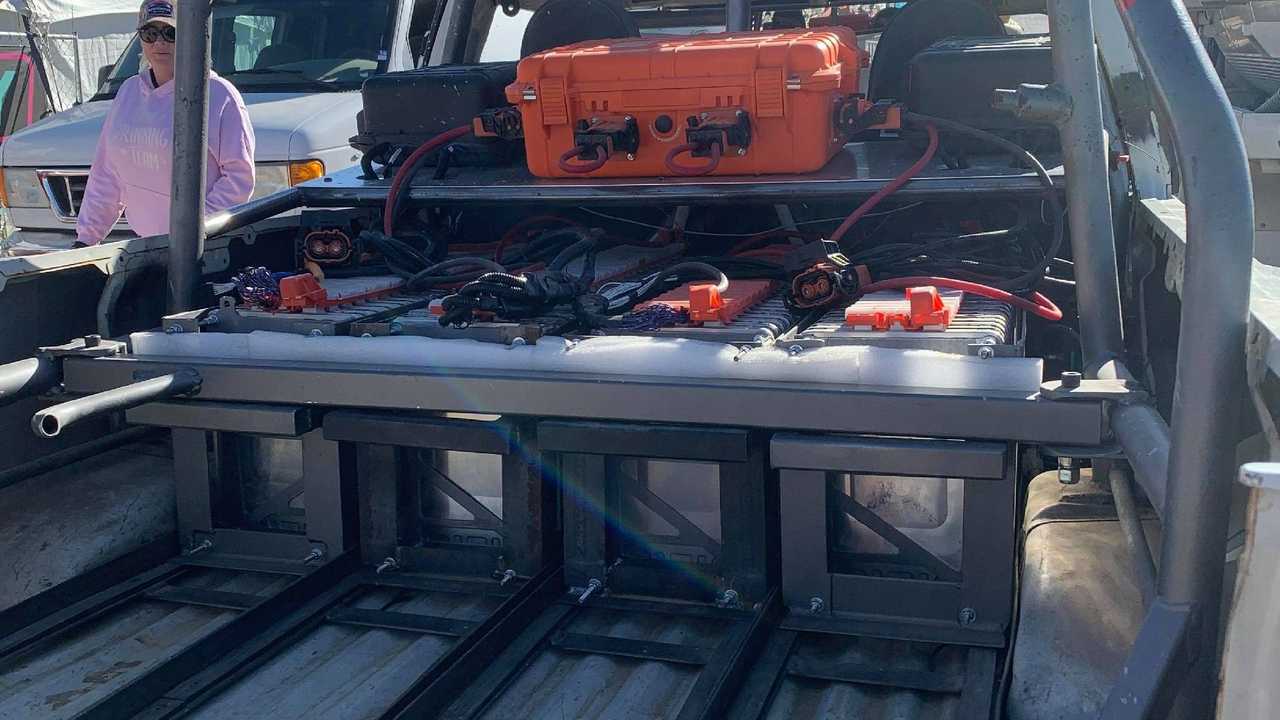 That led Seggelin to conceive the battery swapping method with rails placed on the truck’s bed to receive steel racks with the batteries, as Seggelin explains below.

“We decided to swap discharged batteries for charged ones at pitstops. Basically, we divided the cells of a standard 24 kWh Nissan Leaf pack into two, stacked them like dominoes touching each other, and made a steel rack with handles to secure the cells into and make them easy to move around. We made rails in the bed of the truck that the racks could slide in, lined with Delrin to ease the sliding. The handles of the racks interfaced with tubing we added to the roll cage, basically tying the racks into the roll cage once they were inserted and bolted in with a locking bar.” 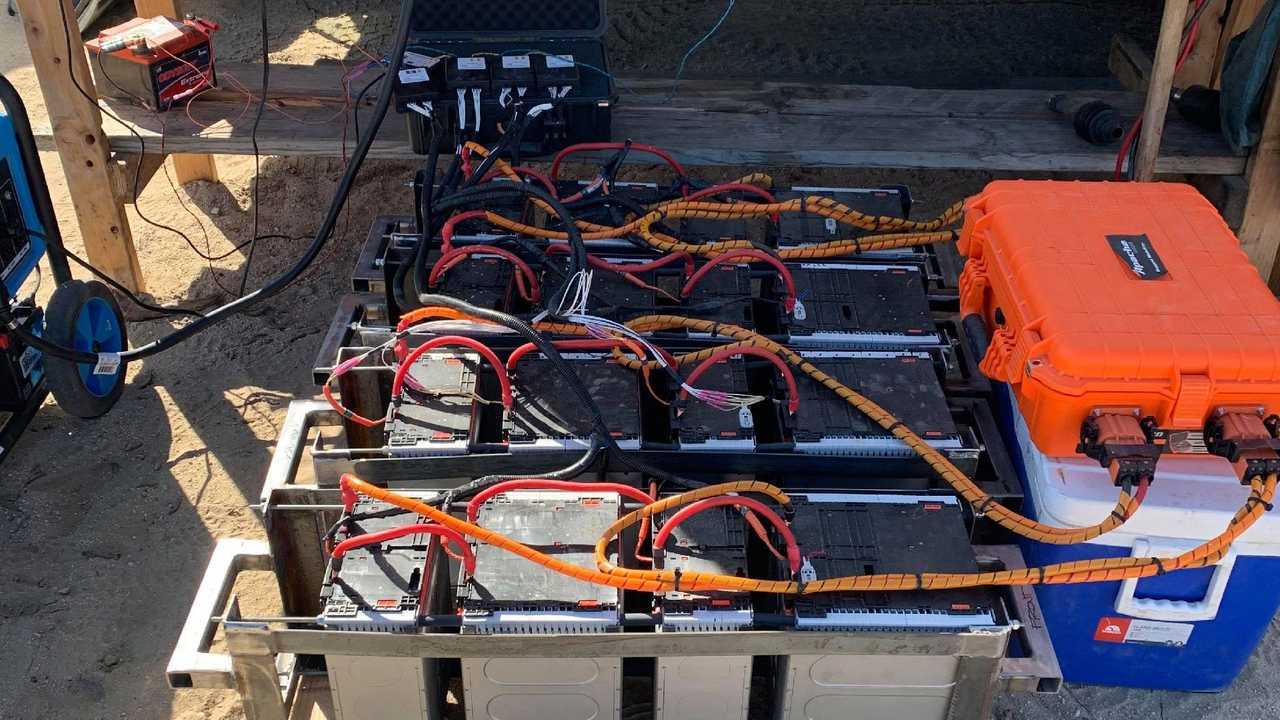 With a team that included his sister Dahlia Seggelin and many friends, such as Will Barrameda, Jaymes Massa, and Jeff Webb, Seggeling tackled the competition. The battery packs were charged with the help of generators. EVE was the first and only electric vehicle at the “King Of The Hammers,” but managing to finish was certainly a privilege, as the image below shows.

Seggelin’s experience shows that Nio should probably consider building an electric pickup truck or a different kind of off-roader with its swappable battery pack. EVs may love rock crawling as much as Seggelin does – and be very successful doing that.