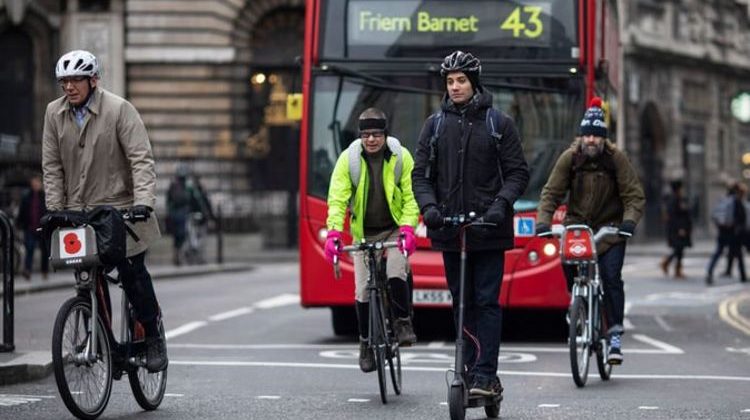 Experts say the need for a legislative insurance regime is “significant” to protect riders and anyone involved in any accidents with the new tools. Just days ago, Transport for London (TfL) announced an electric scooter trial will begin in Spring 2021 with up to three firms offering their services.

“The public needs to ensure they are familiar with where and when e-scooters can be used.

“It’s also important that they know whether and to what extent insurance is in place; if an e-scooter user collides with a pedestrian and causes serious injury, they could potentially find themselves liable to pay millions of pounds in damages.

“Conversely, e-scooter riders will themselves be vulnerable road users. 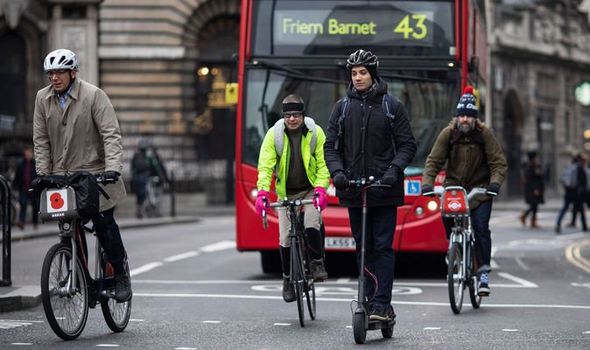 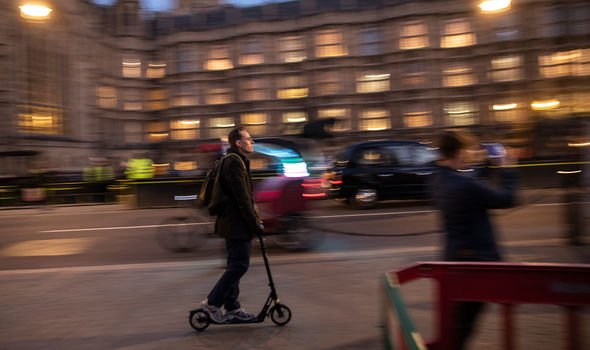 “Sadly, we saw the number of cyclists killed on UK roads double during lockdown.

“Although not compulsory, e-scooter riders should, at the very least, wear a cycling helmet.”

E-scooter riders must have an insurance policy in place under the trial schemes, with this likely covered by the company operating the scooters.

However, the long term strategy for electric scooter insurance has yet to be determined by the government.

DON’T MISS
Highway Code ‘needs to be changed’ for e-scooters [ANALYSIS]
E scooter riders can be ‘tracked’ if they break the law  [COMMENT]
Electric bike v Electric scooter: Which is the future of your commute? [ADVICE]

Back in October, the Transport Committee said the Government should simply monitor the number of collisions during the trials to determine any future requirements.

Many European cities who have already legalised electric scooters do require riders to have insurance in place as a way to track who was using the device in the event of an accident.

But a report by the Transport Committee shockingly found that users should not be required to have a driving licence for rental or private use once the scheme is legalised.

Stewarts Law says that if e-scooters become more widely available then a registration service should be required.

They say this can go hand-in hand with insurance so that a registered owner is traceable in the event of a collision.

Mr Herman said: “It seems clear that our roads will change significantly in the coming decade with the advent of autonomous or semi-autonomous vehicles, e-scooters and e-bikes.

“The law is moving with the times and the government has passed legislation to cover new types of vehicles.

“What remains to be seen is whether these laws are sufficient and whether there are gaps that need to be filled.” 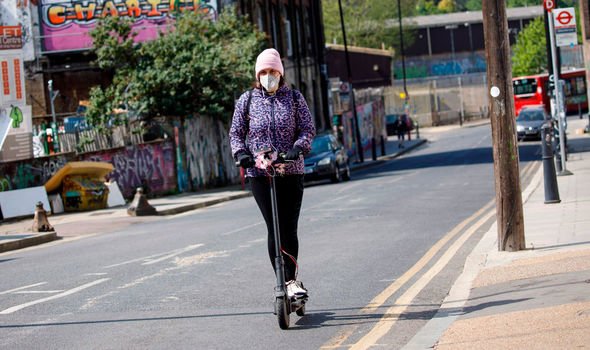 A survey conducted by the Major Trauma Group has found that seven out of ten people are calling for e-scooter insurance to be made mandatory.

This is because rehabilitation is typically funded through the insurance of the guilty party meaning thousands of victims could be left to independently pay out for damages if they were hit by an uninsured e-scooter.

They warned that e-scooters had “serious safety issues” due to a range of issues such as lack of a competency test to having no compulsory rules on helmets.

Mr Herman added that e-scooters were likely to “prove popular” among cities when the tools were legalised.

He said: “Over the last six months, Transport for London has reported record numbers of people cycling in the capital.

“Last weekend the number of people using bicycles was up almost 300 percent at high flow sites.

“With the introduction of e-scooters to UK streets, even more people will be able to move around cities without the need to take public transport.

“This is clearly an option that is likely to prove popular, particularly during the current pandemic.”