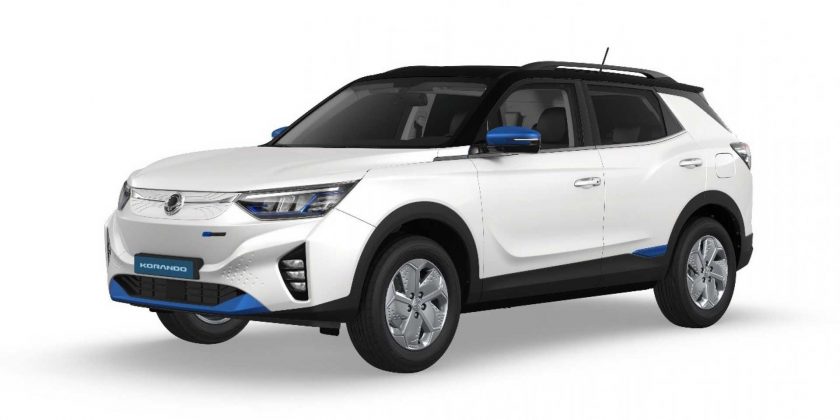 The Korean SUV specialist’s first EV is an electric version of the Korando crossover it was already selling.

Making a bespoke EV on a dedicated EV platform is not something smaller manufacturers can do because it requires resources they simply do not have. It is therefore safer to create an electric version of a vehicle they were already selling, which is exactly what SsangYong has done.

In case you don’t know the brand, it’s from South Korea and it specializes in crossovers and SUVs. It was founded in 1954 and it’s the country’s fourth largest automaker; in February 2011, India’s Mahindra & Mahindra acquired a 70 percent share and today it has a 74.65 stake in the company.

SsangYong currently sells the Rexton, Tivoli, XLV, Korando, Musso (a pickup) and the Rodius. The Korando is one of its smaller offerings, so it makes sense to electrify it first – the resulting EV will be called the Korando e-Motion and production commenced on June 14, with deliveries expected to commence in August.

The model’s specifics have not yet been revealed, though – we don’t know how powerful it’s going to be, how big the battery is or how quickly it can charge. All this data will be published once the vehicle officially debuts – right now all we have to go by is one official photo of it and it looks like any Korando, but with a closed off grille, aero wheels and blue details.

Once the Korando e-Motion, which it has to be said is really a compliance vehicle, then things will really get interesting. The automaker’s second electric model, called the J100, will be designed from the ground up as an EV (although we don’t know anything about the platform it will ride on) and it will be positioned in a very unique segment with no real rivals – it will be a tough, off-road focused vehicle, a rival to the electric Jeep Wrangler, if you will.

So far we’ve only seen a teaser image of the J100 (it’s in the gallery above), but it has already made us excited to see it. It will be the size of today’s Volkswagen ID.4, but in true SsangYong tradition, it will be very good off-road too. Expect to see it unveiled in a final production form either later this year or in 2022 when it’s also scheduled to be launched.