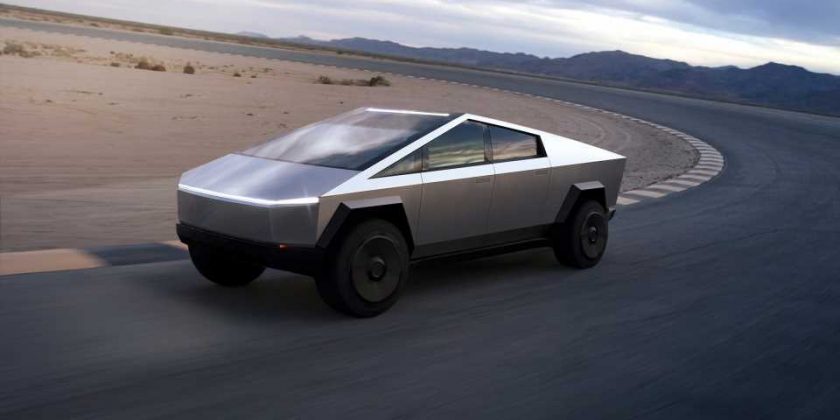 The Tesla Cybertruck definitely made waves when it was first announced due to its polarizing design and the big performance claims made by Elon Musk. Tesla even went as so far as to release a video of a Cybertruck handedly beating a Ford F-150 in a bout of tug-0-war. Performance antics aside, the Cybertruck’s most impressive number was its MSRP. When Tesla first launched the pre-order site for the truck, the starting price was listed at $39,900 for the single-motor model.

However, in October 2021, Tesla removed that price from the Cybertruck order site and left the option to pay a $100 deposit to reserve an order and suggested that production would start in 2022. By now, we all know that didn’t happen and the Cybertruck’s release continued to be pushed back. Despite the $39,900 price being removed from the website, Cybertruck reservation holders likely hoped that EV would keep a sub $40k price tag. However, those hopes are apparently dashed.

During the Q&A portion of the Tesla annual stockholder meeting, a shareholder identified as Blake P. asked, “When the Cybertruck pricing is released, will all who ordered before it was taken down be grandfathered in, or have to reconfigure?”

Must replied, “A lot has changed [since 2019, when the Cybertruck was announced. The specs and pricing will be different; I hate to give a little bit of bad news.” Musk went on to discuss economic inflation and “various issues” associated with it. Considering that, and Tesla’s history of failing to make any of its cars cheaper, its safe to infer that “different,” likely means “more expensive.”

It should also be noted that Musk skirted answering the shareholder’s question about early reservation holders being guaranteed the original 2019 price, so it’s unclear if anyone at all will get a $40,000 pickup.

Musk attempted to reassure shareholders and Cybertruck reservation holders by claiming that the EV will be a “damn fine machine.” He also gave a manufacturing update stating that the Cybertruck is on track for mid-2023 production at the Texas Gigafactory and that the tooling would be put in place in the next few months. So, in the end, the goalposts for the Cybertruck have moved once again and now they are behind a higher-priced end zone.