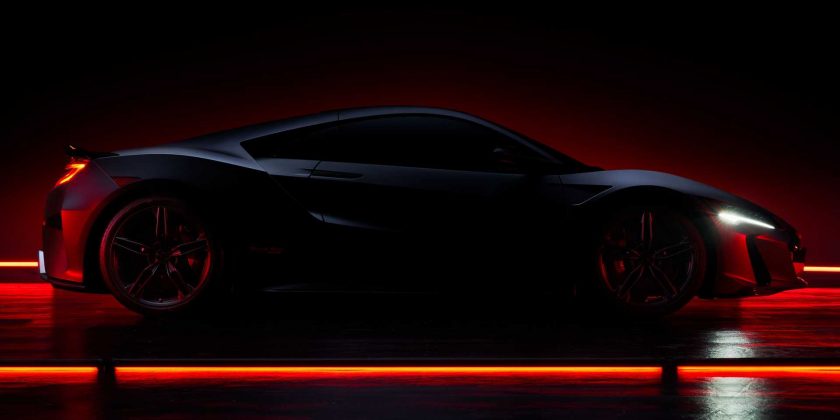 It will cross the block with Mecum during Monterey Car Week

2022 will be the final year for the current-generation Acura NSX. The hybrid supercar hit the scene in 2016, and to make sure it goes out with a bang, Acura will bring back the Type S in very limited numbers. The first car of that production run is something special, however, as it will be auctioned off for charity just two days after it debuts.

Specifically, August 14 is the date. Acura will send NSX Type S 001 across the auction block at Mecum’s Monterey, California event taking place during Monterey Car Week. Acura says all proceeds from the sale will benefit charity, with a specific nod to a STEAM (science, technology, engineering, and math) youth program in partnership with the Center of Science and Industry (COSI). The auction will provide over 20,000 COSI Learning Lunchbox STEAM kits to underserved children from kindergarten through 8th grade. The kits are filled with fun, educational activities rooted in science.

“Acura is proud to help inspire America’s next generation of designers, engineers, and manufacturers through the expansion of STEAM education in underserved communities,” said Jon Ikeda, vice president and Acura brand officer. “We hope to help them discover the possibilities of their own futures, especially those students who have not had sufficient access to these types of programs due to COVID and other socio-economic factors.”

As for the car, not only is this particular NSX the first second-generation Type S built, it’s also the first NSX Type S ever offered outside of Japan. Full information on the amped-up supercar will be revealed on August 12 but we know it will feature some aggressive tweaks on the front and rear fascias. Teasers have revealed the red engine cover; we expect more power from the hybrid powertrain and to manage that power, the NSX Type S will have a plethora of suspension upgrades.

Only 350 NSX Type S models will be built, with 300 staying in the United States. NSX production is slated to end in December 2022.