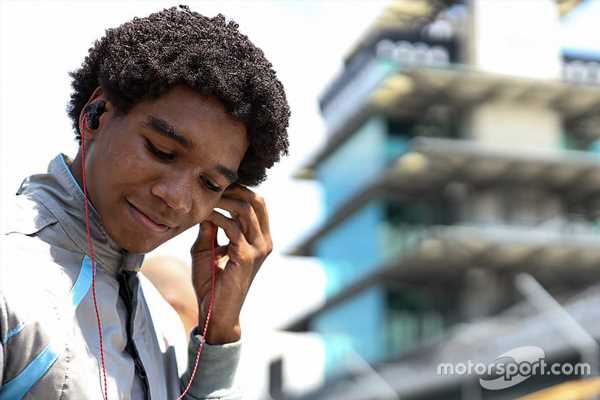 Myles Rowe will take his first step on the Road To Indy program in 2021, having landed a ride with the new Force Indy team in USF2000.

Rowe, who was tabbed as a leading candidate for Penske Entertainment’s Race For Equality & Change initiative on advisement from Will Power, tested with renowned USF2000 team Cape Motorsports last year.

Now Force Indy – a race team “created specifically to develop talent with a diverse group of individuals, outside as well as inside the cockpit” – has selected Rowe as its first driver in the in the 2021 Cooper Tires USF2000 Championship. which begins its season supporting the NTT IndyCar Series at Barber Motorsports Park on April 15-18.

Force Indy team principal Rod Reid of NXG Youth Motorsports, explained: “We vetted many deserving young men and women and chose Myles based on his ability and performance, inside and outside of the cockpit.

“He understands Force Indy’s mission of building a diverse team of talented individuals. He’s a great fit for the team.”

Rowe, who competed in the TAG Junior category in the Superkarts USA, World Karting Association, and the United States Pro Kart Series, won the Procup Karting Championship in his first full season of racing in 2012.

In 2016, he was awarded two “Search for the Champion” grand prize championships from the Federal-Mogul Motorparts’ Champion brand and became a winner in the 2018 Lucas Oil Formula Car Race Series.

The 20-year-old Atlanta, GA. Native said: “It’s a blessing for sure. I didn’t expect to get started in open-wheel in this way. It’s definitely a once in a lifetime opportunity, and I’m very grateful for it.

“I’ve been working hard for this moment, with all of the practice I’ve put in since I was 12 years old. So, when the opportunity came forth, it was a relief, honestly.”

Force Indy is a race team created specifically to develop talent with a diverse group of individuals, outside as well as inside the cockpit.