Ford turn to 3D printing, augmented and virtual reality, and robots take the company into the future.

Inside Ford’s new $45M Advanced Manufacturing Center in Redford, Michigan, the company is turning imagination into reality with the help of futuristic technologies. Ford, which leads North American automakers in manufacturing capacity implementation, will speed up prototyping of 3D printing, augmented and virtual reality, and robotics before making the processes standard in their factories all over the world. The new facility will bring in approximately 100 technology experts into one place to focus on bringing the company into the future beyond its competitors.

Driving the future of 3D printing in the automotive industry, Ford plan on using the technology to improve the manufacturing process while saving the company money at the same tine. The Advanced Manufacturing Center has 23 3D printers and are currently working with 10 3D manufacturing companies. Set to make its debut at the North American International Auto Show in January, the new 2020 Shelby Mustang GT500 will have two 3D printed parts fitted to it. With the cost of 3D printing becoming more affordable, the production of 3D parts will start to be more common. 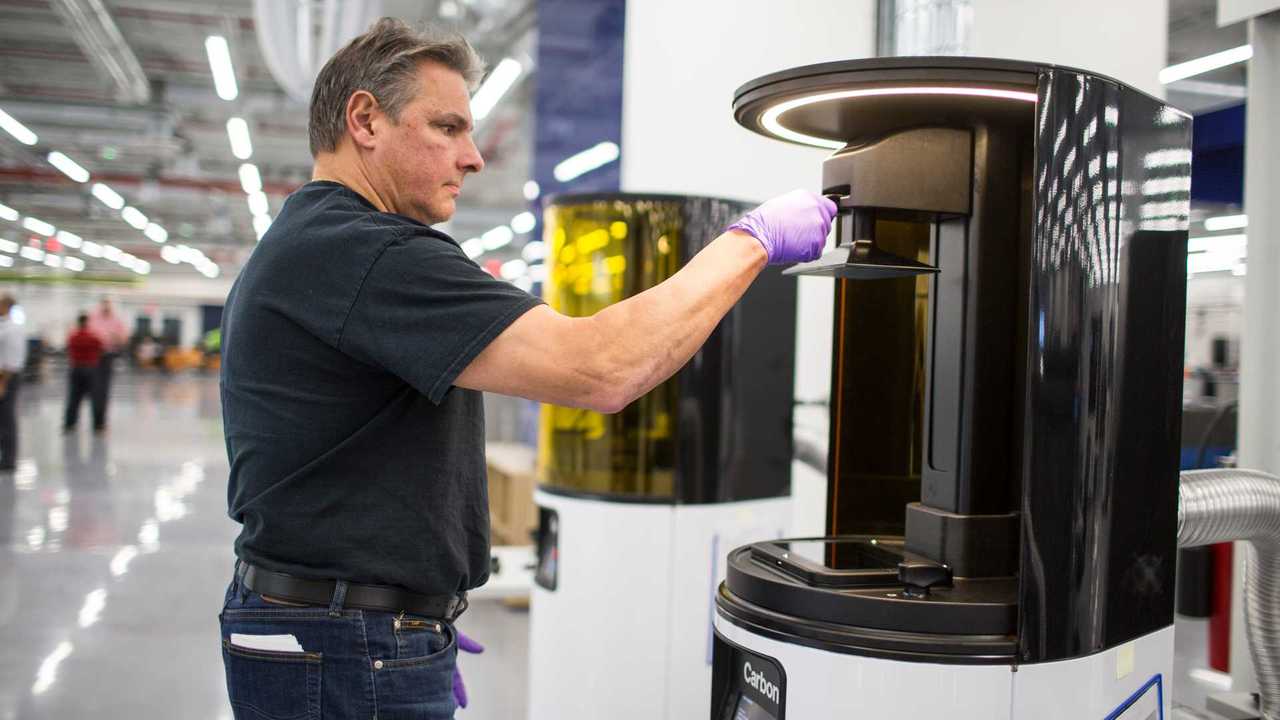 No longer are augmented and virtual reality things used by children to play video games. Ford is taking those technologies and plan on using them to design and simulate assembly lines. It’s something that Tony Stark would think of. This process will greatly help with the construction of plants without anything physical being placed beforehand.

Over the years, Ford has made remarkable advancements in robotics with their collaborative robots dubbed “cobots” with over 100 spread around the globe in 24 plants. Some manufacturing processes done by hand can take an hour at a time, but with the help of a cobot, time and efficiency greatly increase. Ford believe that there is a definitely a need for both humans and robots in the automotive manufacturing process.

REDFORD, Mich., Dec. 4, 2018 – Inside Ford’s new Advanced Manufacturing Center, an engineer stands in front of a 3D printing machine churning out brake parts for Ford’s soon-to-be-introduced Shelby Mustang GT500. Across the room, two team members strap on virtual reality headsets to design and simulate production lines, while another is working alongside a collaborative robot, programming a safer way to install a vehicle part.

These technologies are no longer simply a Hollywood vision of the future. For Ford, which has been breaking new ground in auto production for more than a century, they are critical tools and technologies to improve the complex and demanding task of building cars and trucks. And this is all happening every day under one roof at the company’s new $45 million Advanced Manufacturing Center in Redford.

“More than 100 years ago, Ford created the moving assembly line, forever changing how vehicles would be mass-produced,” said Joe Hinrichs, Ford’s president of Global Operations. “Today, we are reinventing tomorrow’s assembly line – tapping technologies once only dreamed of on the big screen – to increase our manufacturing efficiency and quality.”

Today, Ford is driving the future of 3D printing in the automotive industry. The Advanced Manufacturing Center has 23 3D printing machines and is working with 10 3D manufacturing companies. This allows Ford experts to develop applications with different materials – from sand to nylon powder to carbon. One application currently under development has the potential to save the company more than $2 million.

Three-dimensional printed parts also help employees improve vehicle quality. Assembly line workers at Michigan Assembly Plant, where Ford builds the Ranger pickup, use five different 3D printed tools. These tools played a critical role in the launch of Ranger, removing weeks from an already tight timeline and ensuring quality is built in – from the first vehicle that rolled off the line.

Ford, which purchased the third 3D printer ever made in 1988, now has 90 3D printers globally producing parts and tools. On the shop floor, workers team with advanced manufacturing experts to identify ways to save the company time and money, including how to 3D print replacement parts to keep lines running instead of waiting for parts that can take weeks to be fabricated.

While millions of children catch fictional animals or capture portals in popular augmented reality video games, Ford is banking on augmented and virtual reality to help it simulate and design assembly lines to build millions of vehicles. Ford experts don specialized gaming equipment and configure a virtual reality production line without ever leaving the Advanced Manufacturing Center, allowing them to identify potentially hazardous maneuvers and fine tune workflows long before an assembly line is constructed.

Experts also develop specialized experiences in augmented and virtual reality to allow Ford manufacturing teams to work collaboratively in plants around the world. This enables people on different continents to work in the same virtual experience simultaneously. For instance, if a vehicle is intended to be produced globally, teams can work together to design optimal manufacturing workstations for all continents. This is advantageous because the technology allows teams from around the world to design a workstation for vehicle production as if they were standing in the same physical space.

Ford has made significant advances during the last few years with collaborative robots – also known as cobots – with more than 100 of them in 24 Ford plants globally.

These robots are smaller and can work safely alongside people, without protective cages. In Livonia Transmission Plant, a cobot performs a job that was so ergonomically difficult for employees that they could only do that job for one hour at a time. The cobot was a welcome addition to the production line. These cobots also help Ford reduce costs by eliminating the need for expensive safety cages that larger robots require for safety reasons. Utilizing cobots in the Advanced Manufacturing Center allows the company to identify and address potential production issues before the cobots are installed in plants.

“While we are increasing our use of collaborative robots, we strongly believe there is a need for both people and robots,” said Hinrichs. “People are better at doing certain jobs, while robots are able to perform certain tasks, including those that are ergonomically taxing for people.”