Ford India has announced the launch of a new special edition model for the Aspire subcompact sedan. Christened the Ford Aspire Blu Edition, the car comes in both petrol and diesel engine options, and while the former is priced at ₹ 7.50 lakh, the diesel model is priced at ₹ 8.30 lakh (ex-showroom, Delhi). The new Blu edition is similar to the top-spec Titanium Blu variant that was launched with the Ford Figo facelift, so it comes with a blacked-out roof, sporty decals, new absolute black grille, and alloys and blue themed interior.

Unlike the recently launched Figo’s top-spec Titanium Blu trim, the Ford Aspire Blu edition is based on a level lower Titanium variant, which in ₹ 25,000 cheaper compared to the Blu trim. On the outside, the Aspire Blu comes in a shade of silver, with black treatment for the grille, 15-inch alloys, roof and ORVMs. Like the Figo, this one too gets the bright blue streak along with the C-shaped design on the bumper, while the rear section comes with black decals on the boot lid with the ‘Blu’ lettering. 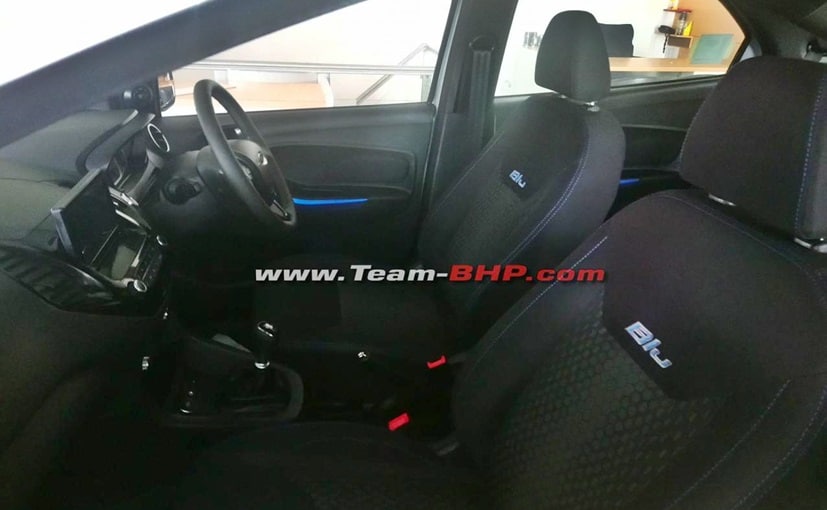 The Ford Aspire Titanium Blu edition also comes with all-black interior contrast blue highlights on the inner door handles and the Blu branding on the black fabric upholstery. The feature list includes a 7-inch touchscreen infotainment system with embedded satellite navigation, Bluetooth connectivity, rear-view camera, remote central locking, automatic air-conditioner and power windows among others. As for the safety features, because the car is based on the Titanium trim, we only get dual airbags, along with ABS with EBD among others.

The petrol version of the Ford Aspire Blu edition comes with a 1.2-litre three-cylinder petrol engine from the Dragon family that is tuned to make 95 bhp and develops 120 Nm of peak torque and comes mated to a 5-speed manual gearbox. The diesel version, on the other hand, gets the tried and tested 1.5-litre four-cylinder oil burner that makes 99 bhp and 215 Nm of peak torque and comes paired with a 6-speed manual gearbox. While the petrol model delivers a fuel efficiency of 20.4 kmpl, the diesel model returns a mileage of 25.5 kmph.