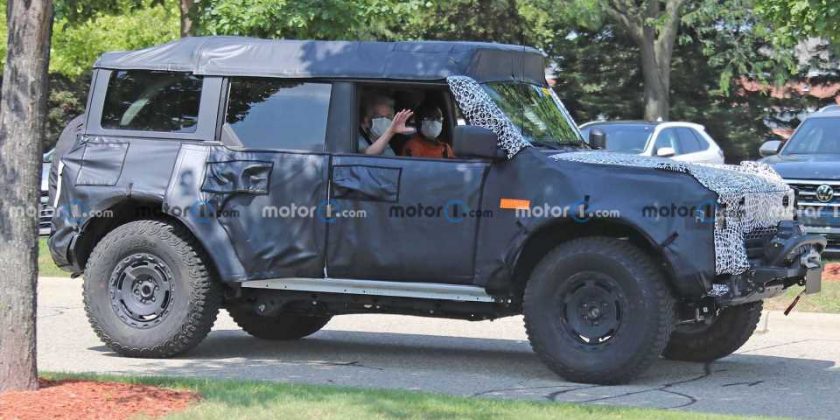 Could this be a special overland edition?

Folks, we’ve seen a lot of camouflaged Ford Broncos in the last few years. Many of those sightings came before the official Ford Bronco debut in 2020, but you’d be surprised by how many Raptor/Warthog and hybrid prototypes we’ve seen in public since then. And then there are occasional sightings like this one, which doesn’t fit either category.

It appears to be a Bronco with the Sasquatch Package and some off-road accessories. That’s no big deal, so why is it wrapped in camouflage? Our sources behind these spy shots believe this is a dedicated overlanding model, something a bit more than just a special edition with a few accessories bolted on. There is some prior evidence to back that up; scrolling through our sizable library of Bronco articles we were reminded of Ford’s Bronco Overland Concept that debuted in 2020. And you know what? There are some striking similarities between that concept (below right) and this camo-covered test vehicle (below left).

Let’s start at the front. This tester carries a winch and bumper guard very similar to the concept, though with room for a license plate. That’s significant because it suggests this is something aimed at production. The beefy tires are Sasquatch-spec, but the wheels are something we’ve never seen before. However, they bear a striking resemblance to the wheels used on the Overland Concept, and then there’s the roof. Clearly there’s something under the tarp and the size is similar to that of a rooftop tent. The front of the roof could be concealing a lightbar as well. 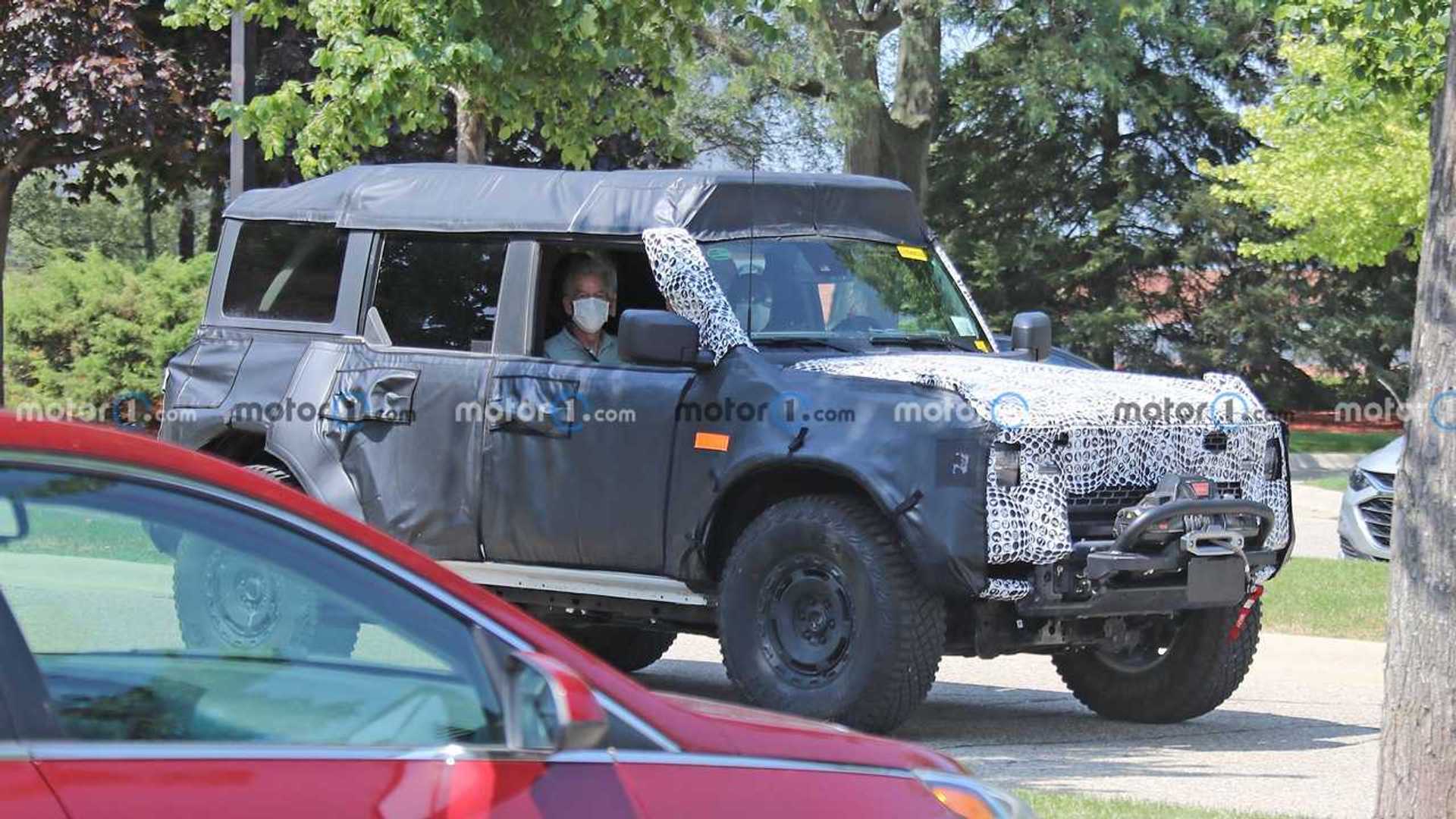 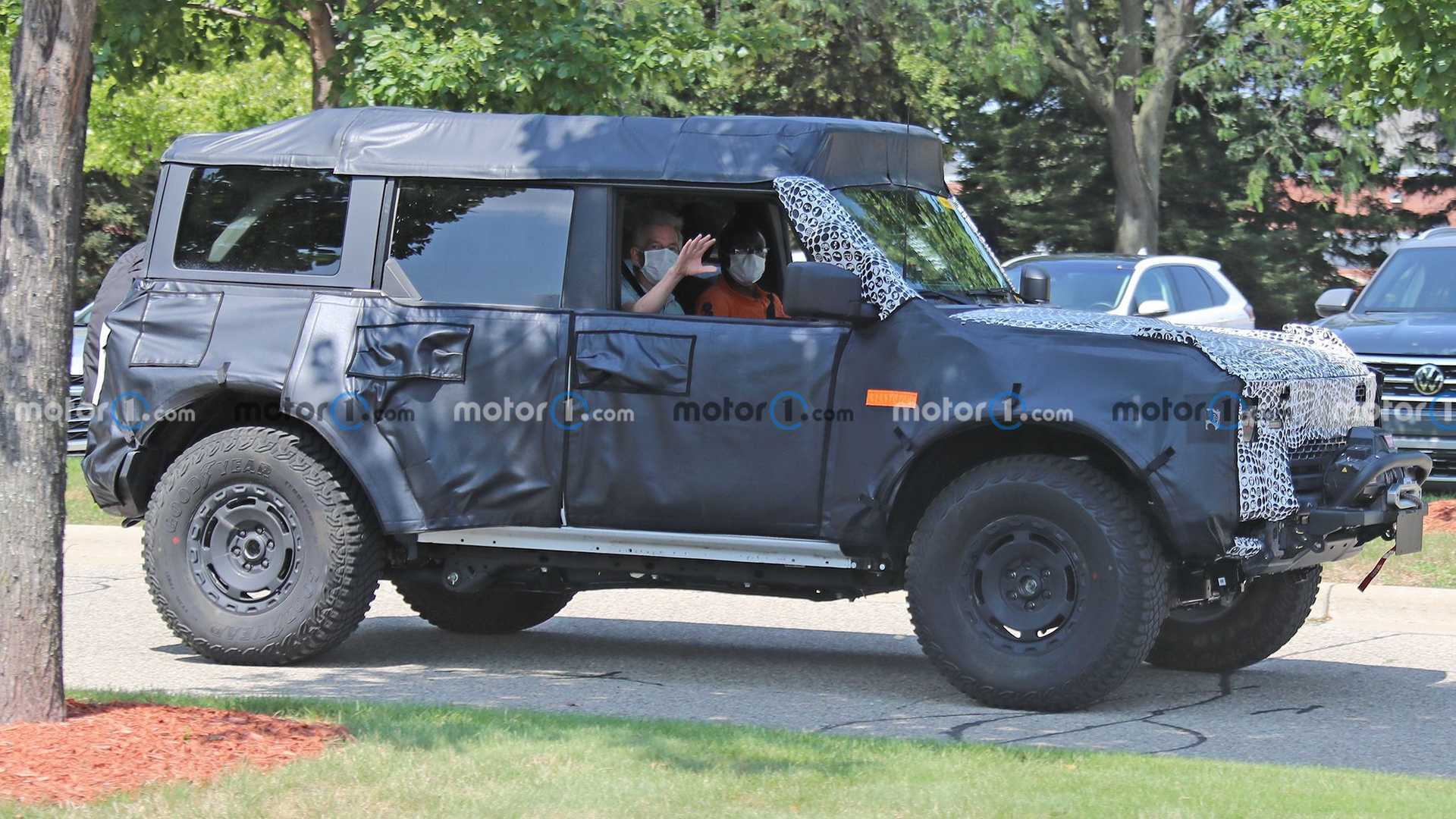 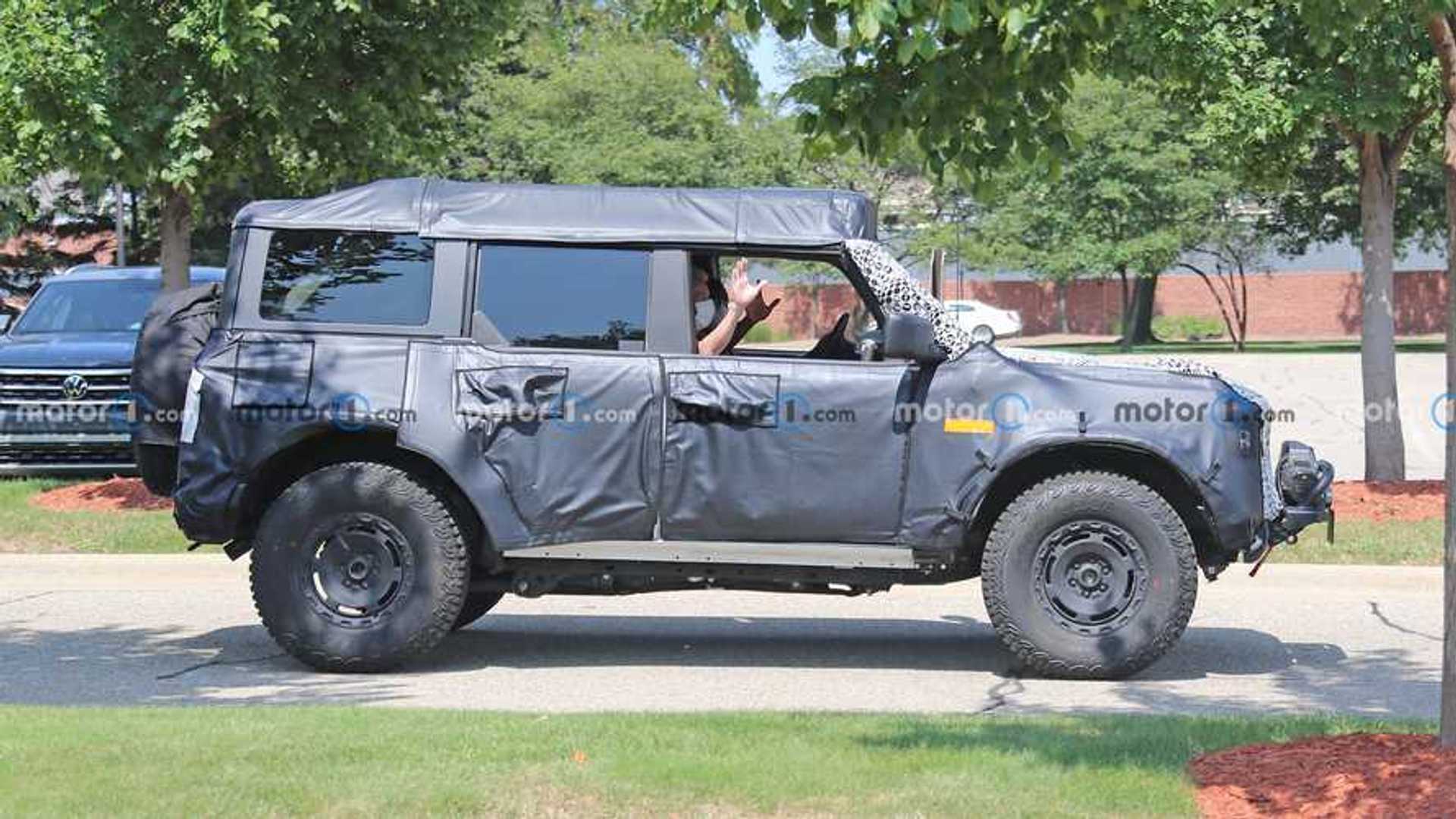 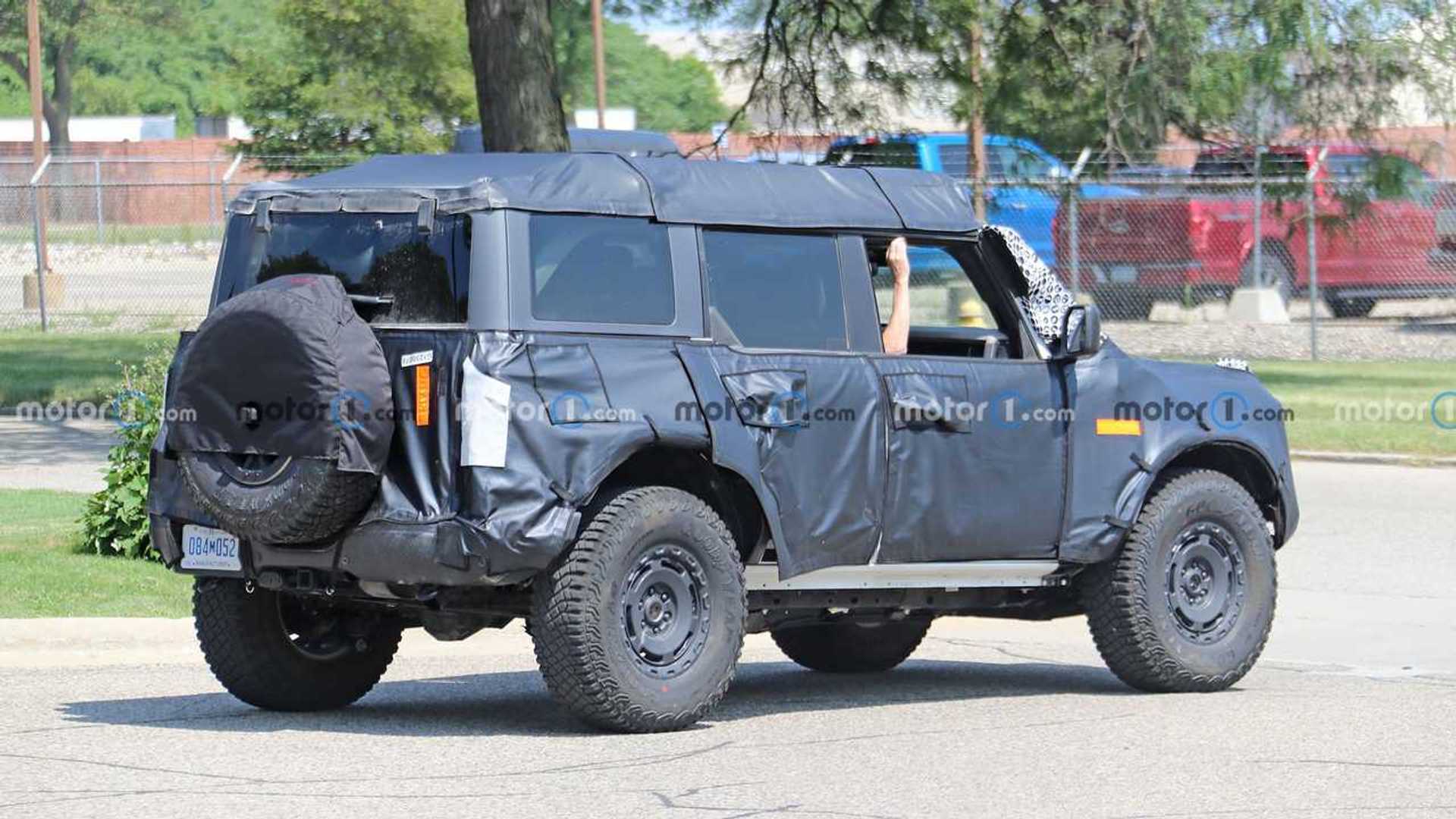 There are other interesting areas that deserve attention. We can see a snorkel for the airbox running up the passenger-side B-pillar. Such items are common on overlanding vehicles, but we’re curious about the lack of a skid plate up front. For that matter, trim is missing along the rockers on this test vehicle, and then there’s the fact that it’s not just camo-wrapped, but heavily covered in vinyl from top to bottom. It certainly suggests Ford has something more in mind than just a few added accessories.

Or, it could simply be an older test vehicle that never had its camo removed, being driven to lunch by a couple of friendly Ford employees. They do wave at the camera while driving past, which is certainly better treatment than some of the camouflaged Mustang drivers offer our spy teams.

Whether this Bronco is a secret overlanding model in development or just an innocent test vehicle, we know new Bronco variants are coming. We also know demand is still rather intense for the reborn off-roader, so we wouldn’t be the least bit surprised to see all kinds of special edition Broncos in the months and years to come.