Ford’s new Mustang is the first fully-electric production model launched by the popular American manufacturer and is set to pierce through the market once it is officially launched later this year. The decision to show the car off in London comes after Ford confirmed European markets would gain access to the Mach-E ahead of US dealers.

London was also selected for the tour due to its commitment to championing the clean air debate and introduction of environmentally-friendly policies such as the ULEZ.

Alongside the photographic launch, Ford says it will have a pop-up feature open in Marble Arch this weekend for locals and tourists to get close to the new car.

The Mach-E comes under Mustang branding which gives prospective buyers a clear indication of where this vehicle is being positioned in the market.

This is not a dainty, affordable electric city runaround car but a sports vehicle repackaged with electric technology. 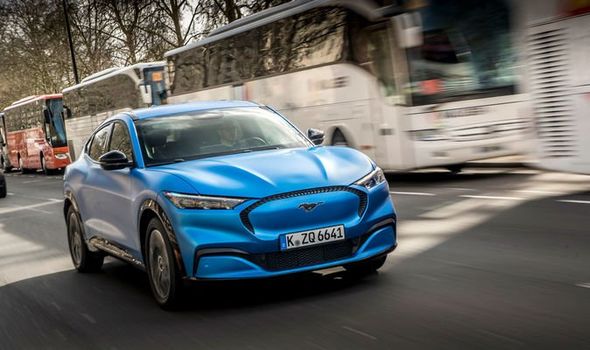 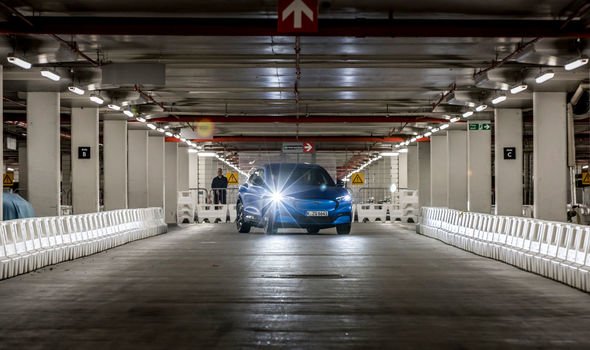 The premium edition will produce 332bhp and carry top speeds of over 111mph.

However, the car is due to see power boost with a full GT model set to produce 459bhp when launched at a later date.

It’s stunning design and impressive specs is set to put the Mustang Mach E as a firm challenger to Tesla’s luxurious Model S and Model 3 machines.

Ford claims the vehicle will be capable of up to 370 miles based on WLTP estimates which would put the car on par with Tesla’s figures. 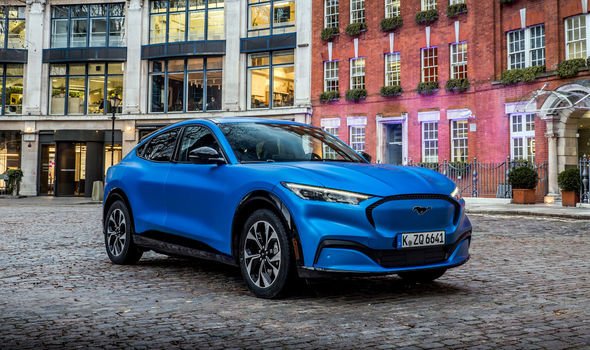 The vehicle will be able to charge enough for a 57-mile journey in just 10 minutes if a rapid IONITY charging station is equipped to the vehicle.

By going all-electric, Ford has claimed it could save European owners around £28million a year in fuel costs.

The group has also planned to open 1,000 extra charging stations across their European market to help speed up the transition from traditional vehicles to electric.

The Mach-E is just the beginning of a revolutionary policy change for the company which will result in the introduction of 14 electrified vehicles by the end of the year. 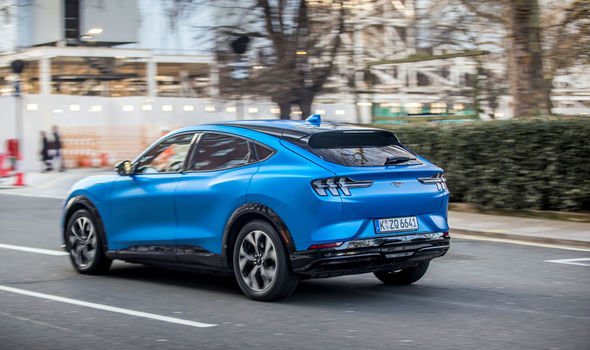 Prices have not been set but initial estimates say the new Mustang Mach-E could cost prospective buyers between £42,000 and £60,000.

This is clearly still at the premium end of the electric car market but is still cheaper than some of Elon musk’s models.

Inside the Tesla comparisons continue with a 15.5-inch vertical touchscreen dominating the dashboard. 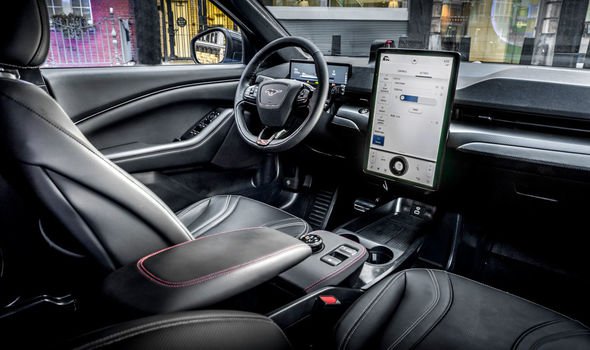 A new Sync 4 operating system will allow real-time updates to be applied through the cloud in another groundbreaking addition.

The vehicles do not come with traditional door handles and will feature unique buttons to help access the car.

The Mach-E can be opened through a smartphone key which will be able to learn the owner’s habits and open a door before they get near their vehicle.

Ford claims UK orders for the new Mach-E are “healthy” with many expected to purchase the highly sought after First Edition.

This model is limited to just 10,000 global units but will feature a special panoramic roof design not seen on later models.