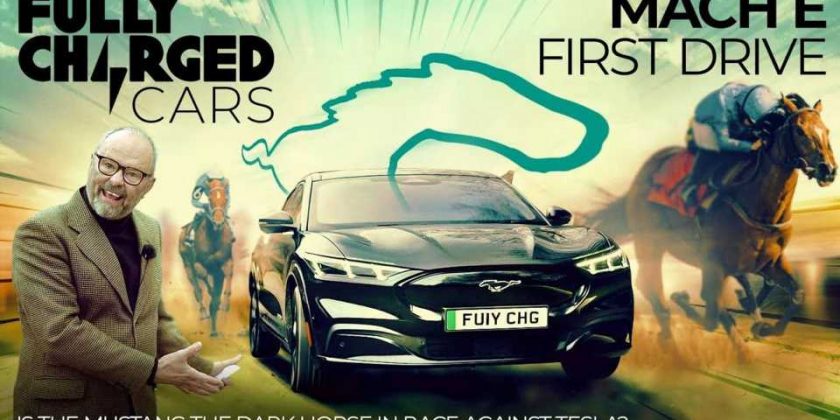 Is the Mustang Mach-E the first EV that has what it takes to compete with Tesla?

As we often say, the floodgates are open. Yes, now that the Ford Mustang Mach-E has officially come to market, it’s time for the reviews to flood in. With a car like this, we prefer video reviews over written reviews since the crossover is so interesting to look at, and many people may not get to see it in person right away.

With that said, there is already a slew of Mustang Mach-E video reviews online. So, we have to pick and choose those that we believe deserve your attention. Fully Charged Show‘s Mustang Mach-E first drive definitely got our attention. It’s not only in-depth and well-produced, but also full of eye candy.

Fully Charged Show visited a beautiful facility in the countryside, which allowed them to film alongside some incredible racing horses. It serves as a perfect setting to draw attention to the publication’s unique title: “Is the Mustang the dark horse in the race against Tesla?”

We already know the Mustang Mach-E is enjoying impressive sales. However, once the newness wears off, can it actually provide notable and consistent competition with Tesla? More specifically, will the Mach-E be the first EV to put a real dent in Tesla Model 3 and Model Y sales?

Watch the video to learn all about this all-electric pony. Then, let us know if you think it’s actually the “dark horse in the race against Tesla.”

Once you’ve had a chance to take it all in. Leave us your comments below. We’d also love to know if you plan to buy the Mustang Mach-E.