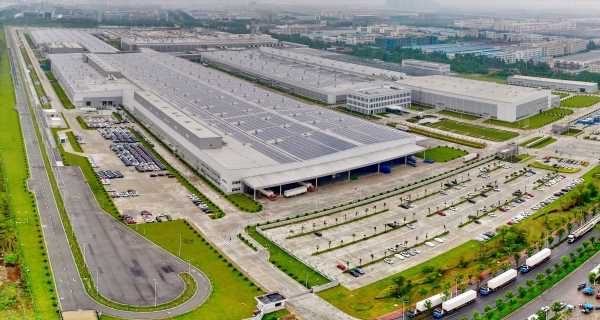 Geely has released footage of its CMA Super Factory in Luqiao, Taizhou where the Lynk & Co 01, Polestar 2 and the Volvo XC40 for the Chinese market are produced. It’s a brief clip, taking the viewer through various areas of the manufacturing facility with the vehicles seen here in various stages of completion.

Towards the end of the short video we can see the different models sharing floor space, an arrangement made feasible by the sharing of the CMA platform across all three vehicles of the different brands within the Geely group, which is how the facility has come to be known as the CMA Super Factory.

In August, Geely announced that it has cumulatively produced 600,000 units of CMA-based vehicles in July, across both Geely and Volvo groups. The next model to emerge with this CMA architecture is the production version of the Geely Preface, which is slated for launch in the fourth quarter of this year.

Another CMA-based model is the Geely FY11, which will be powered by a 2.0 litre turbocharged four-cylinder engine with 235 hp and 350 Nm of torque. As with the Volvo XC40, the FY11 is set to be available in front- and all-wheel-drive forms, and appears set to take on the likes of the BMW X4 and the Mercedes-Benz GLC Coupe.

Production of the Volvo XC40 at the Luqiao plant commenced in April 2019, becoming the second production plant for the compact SUV after Volvo’s facility in Ghent, Belgium, and Volvo has sold more than 100,000 units of the XC40 up to this point.