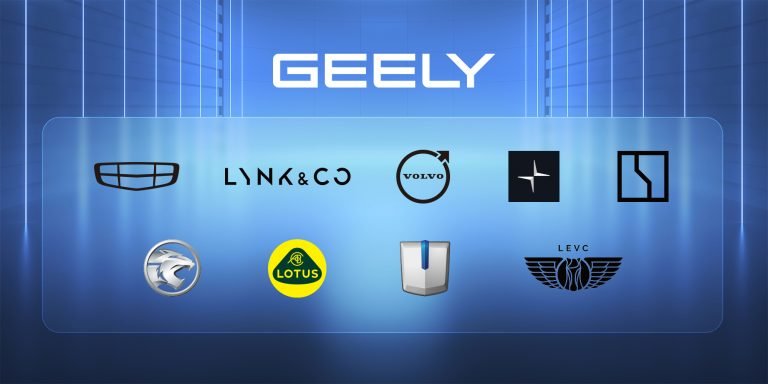 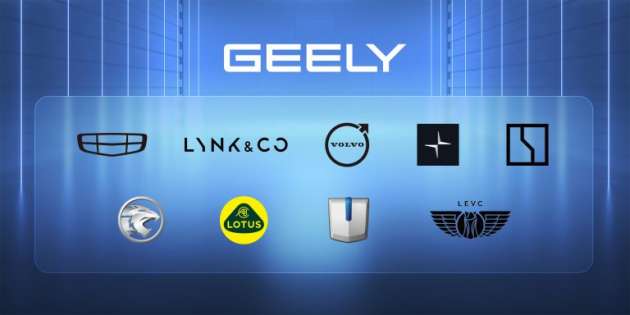 ZGH says that in a market disrupted by supply constraints, its portfolio of brands showed resilient growth, led by a rapidly expanding global presence and sales of new electrified vehicles. Sales of electrified and clean alternative fuel passenger and commercial vehicles grew more than 70% y-o-y, exceeding 330k units and accounting for over 15% of total group sales.

The Hong Kong-listed Geely Auto holding company, which includes Lynk & Co, Geometry and Zeekr, reported 2021 sales of 1,328,029 units, an approximately 1% increase. In 2021, Geely retained its position as the best-selling Chinese brand for the fifth consecutive year. Its return to growth was led by overseas expansion and new energy vehicle sales. Exports increased 58% to 115,008 units. In the new energy vehicle segment (EVs, PHEVs and hybrids), the company saw a 47% jump to 100,126 units. Lynk & Co celebrated its fifth anniversary with new milestones. In 2021, the brand delivered 220,516 vehicles, an increase of 26%. Since its inception, the brand has delivered over 600k units, setting new records for growth among global car brands.

In Europe, Lynk & Co continues to expand with seven permanent Lynk & Co Clubs in the Netherlands, Sweden, Belgium and Germany, as well as many more pop-up experience centres. Last year, the brand announced plans to enter new markets in the Gulf and Asia Pacific, starting with Kuwait in November. Lynk & Co started offering hybrid powertrain options on all its models.

Over at Geometry, Geely’s standalone mass market pure electric brand launched its most affordable EV ever in 2021, the EX3 Kungfu Cow city crossover priced just below 60,000 RMB (RM40k). Geometry started its global expansion in 2021, with the Geometry C compact SUV launched in Israel and Eastern European markets. The brand plans to accelerate its global footprint and launch five new models starting this year. 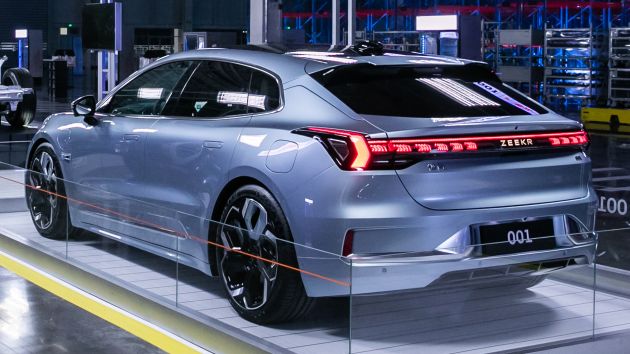 Zeekr, Geely’s “global electric mobility technology solutions brand”, was launched in 2021 along with its first premium EV model, the Zeekr 001. By the end of the year, 6,007 units of the 001 have been delivered. Zeekr also signed an agreement with Waymo to jointly collaborate on the development of a new EV for deployment as part of the Waymo One autonomous ride-hailing fleet in the US.

Malaysia’s Proton, of which Geely has 49.9% stake, recorded its third consecutive year of growth with a 4.5% increase in sales plus enlarged market share. In 2021, the brand’s success was supported by its improving quality, service dedication and premium brand experience, Geely says.

UK sports car brand Lotus finished the year on a high – with a huge 24% growth, it was the best sales performance in a decade. Last year saw Hethel unveil its first new model in over two decades, and the brand’s final gasoline powered model, the Emira. Lotus’ future is electric, and it has unveiled plans for a whole new line-up of electric models in 2022.

Volvo reached a new milestone when it publicly listed on the Stockholm Nasdaq Exchange in late 2021, opening the brand to Swedish and global investors for the first time in over two decades. For the full year, Volvo saw its sales increase by more than 5% to 698,693 vehicles. Growth came primarily through sales of electrified Recharge models, which grew by 63.9% in 2021. Volvo has committed to be fully electric by 2030.

Polestar, in its second year of producing the Polestar 2 model, sold 29,000 vehicles globally, an increase of 185%. By 2025, the brand expects its sales to increase ten-fold to 290,000 units. In the past year, the EV brand announced new upcoming models including its first SUV, the Polestar 3, and plans to start production in the US. The brand’s global footprint nearly doubled to 19 markets in 2021. This year, Polestar plans to plant its flag in Hong Kong, Spain, Portugal, Ireland, Israel, UAE and Kuwait.

Farizon, the commercial vehicle brand under the Geely New Energy Commercial Vehicle Group, achieved exponential growth over 2021 with new energy product portfolio. The brand saw sales jump by more than 759% with over 42,000 vehicles sold. In several market segments in China, the brand has become the market leader, including the new energy light truck and heavy truck segment, where it achieved market share of more than 20% and 10% respectively.

UK’s LEVC is continuing its transformation from being a British supplier of range extended taxis and vans to a global exporter. The historic maker of London black cabs has expanded its global dealer network to 21 markets including China, Spain, Sweden, Germany and Belgium. LEVC aims to transform from 90% domestic sales to 60% export sales by 2024

This year, ZGH anticipates continued solid demand across its brands, mobility services and technology operations as disruption linked to the coronavirus pandemic and supply chain shortages begin to ease. The group’s aggregate sales is expected to exceed 2.5 million vehicles in 2022, backed by strong growth in electrified vehicles and expansion into new markets.