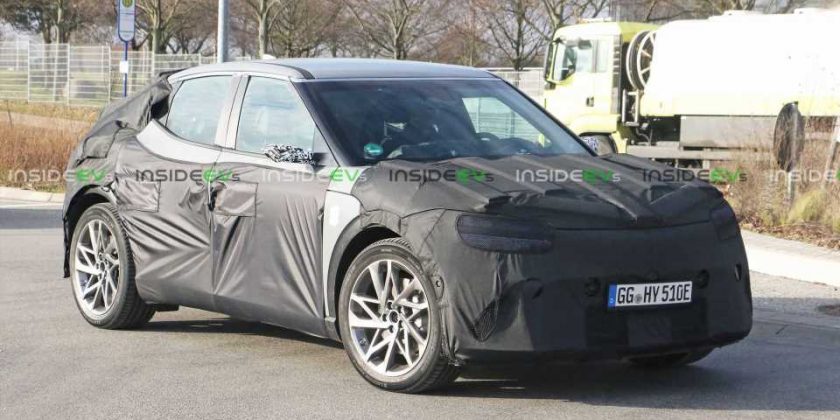 Hyundai Ioniq 5 is just around the corner, but if you wait a bit longer you will be able to buy essentially the same car with a premium twist and a Genesis badge. And while we pretty much know the production look of the Hyundai version of the vehicle (and the Kia version to a certain extent), we have not been shown what the Genesis interpretation of the same formula will look like.

Our spies recently caught what is said to be a camouflaged Genesis EV prototype. However, it is hidden by unrevealing camouflage that obscures all the key areas that will be most different among the three sister models (the front and rear fascias). And if we look at the Ioniq 5, the design bar has been set pretty high (Hyundai really did a great job with it), so Genesis’ designers need to produce something special to even come close.

Granted, pretty much all recent Genesis models are either striking or actually quite pretty, so we think this model will be pleasant (or at least interesting) to look at too. The exterior look and the interior will be the main differentiating factors among these three models – we don’t think the Genesis or Kia models will have significantly different hardware (they will share the platform, battery, motors and all the tech).

The Genesis EV will ride on the same E-GMP platform, specially developed by Hyundai to underpin its electric models, and it will be rear-wheel drive as standard, with a dual-motor all-wheel drive setup optionally available. Power will be 313 horsepower for the latter and 342 miles (550 km) of range are promised too (for the larger 73 kWh battery pack), as well as rapid charging capability that should replenish 62 miles (100 km) of range in just five minutes or from dead to 80 percent in 18 minutes.

Finally, unlike the Hyundai Ioniq 5 and the Kia CV, both of which are expected to be shown this year (the Ioniq should be revealed this week), the Genesis model won’t be shown until 2022. There is a chance it may be shown this year as well, but this has so far not been confirmed.