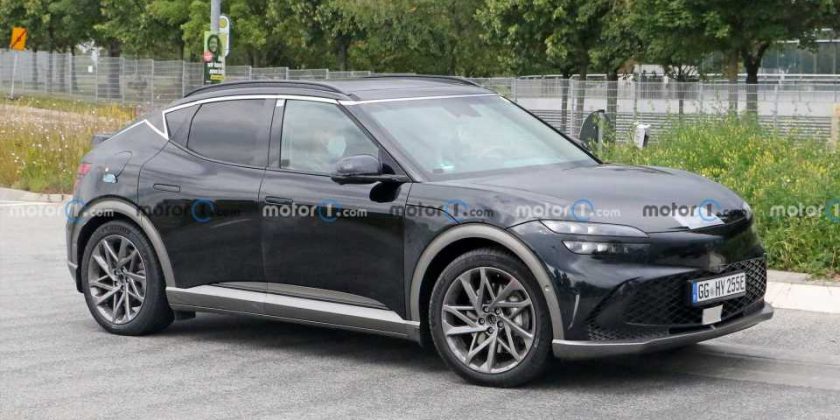 The new electric Genesis seems to look even better in these photos than it does in the official photos.

Our spies have just sent us a batch of photos showing the new Genesis GV60 without camouflage. They say the GV60 looks even better in person than it does in the press gallery, as well as in the photos they provided – they show what appears to be a prototype that has no exterior camouflage and it’s finished in black; all it has covered up is the badge in the front.

Could the Genesis GV60 be the best looking of the new trio of vehicles built on Hyundai’s E-GMP platform? The Hyundai Ioniq 5 adopts a retro-1990s look, with a squared off body, while the Kia EV6 has a few details that might make it seem excessively styled to some (although there is no clear consensus regarding this).

By contrast, the GV60 looks more like a conventional hatchback, with more conventional front and rear fascias too. They bear the mark of the Genesis family face, with the horizontally-split front and rear light clusters, and there’s nothing really polarizing about the way it looks.

We’ve seen many opinions expressed that the GV60 is better to look at than the other two vehicles built on E-GMP, but what do you think? Tell us in the comments which of the three you think looks best and also explain what made you pick a certain model.

The GV60 will go on sale around the end of the year or in 2021, so pricing and specific details regarding range and other technical details have not yet been revealed. It will share its 58 kWh and 77.4 kWh battery packs with its two stablemates and its WLTP range is expected to be around 480 km (300 miles). Genesis may also offer a high performance version similar to the Kia EV6 that makes 577 horsepower, although this has not been announced so far.