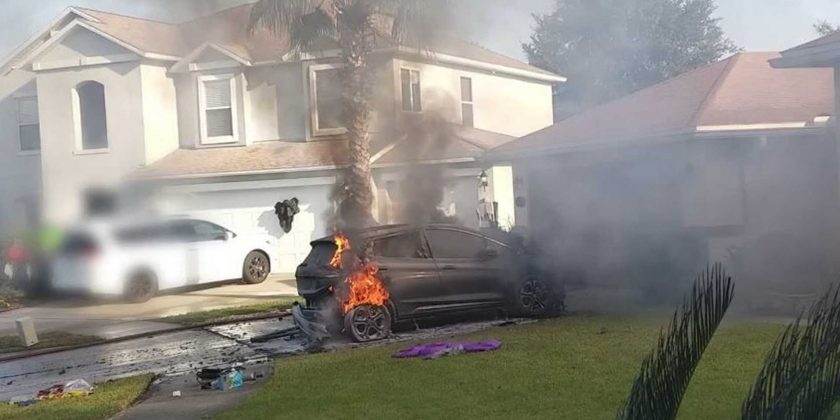 GM already applied a “fix” to some Bolt EVs, but apparently, it isn’t helping the situation.

General Motors has now recalled 2017-2019 Chevrolet Bolt electric vehicles because of fire risks. This is now the second recall for the same situation. GM already issued a fix for these cars, though after some cars followed through with the recall and had the fix applied, at least two cars still caught fire.

Last week, GM issued a statement asking Bolt EV owners to refrain from parking their cars in their garages. The release also said not to charge the vehicles unattended overnight. While we’re glad GM jumped to alert owners of the situation, we can’t imagine being a Bolt owner who basically can no longer charge their car at home.

Sure, some Bolt owners could make adjustments to be able to charge outside, or stay up all night babysitting their car, but this is just a situation that no one should have to deal with. Thankfully, GM is recalling the cars again, and we can only hope there’s a fix that will work correctly this time around.

GM, along with LG Energy Solution, has now identified a second defect related to the Bolt EV. The automaker calls it a “rare manufacturing defect.” GM says the latest recall will replace the Bolt’s defective battery modules free of charge. It’s important to note that the previous recall was primarily a software update, though, in comes cases there may have been modules replaced. GM spokesperson Dan Flores wrote in an email via CNBC:

“We’re working with our supplier and manufacturing teams to determine how to best expedite battery capacity for module replacement under the recall. These teams are working around the clock on this issue.”

The latest recall impacts some 69,000 cars across the globe. However, over 50,000 of those vehicles live in the US.

GM says it will alert customers when the replacement parts are ready. For more information, visit www.chevy.com/boltevrecall or call 1-833-EVCHEVY.