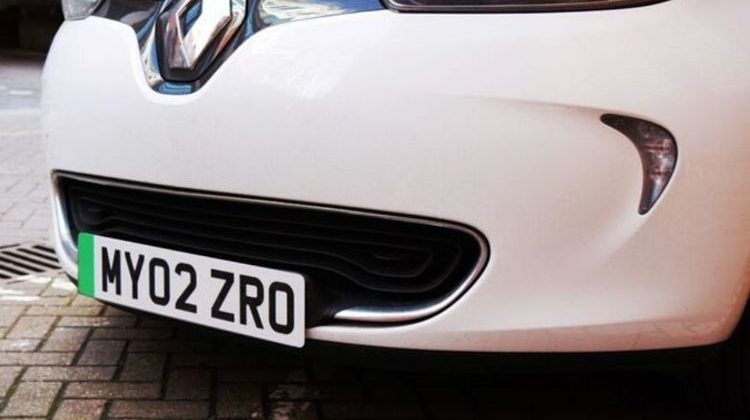 Green number plates are issued to drivers of zero-emission cars and could give drivers certain benefits like lower parking fees and congestion zone charges. Transport Secretary Grant Shapps said the decision to include a green “flash” on the left-hand side of number plates on zero-emission cars would help “show people that a greener transport future is within our grasp”.

Does the UK have green number plates?

Green license plates will be available for zero-emission cars in the UK from autumn this year, following a discussion, which began October, with councils, industry and the public.

More details for how to register your zero-emission car and receive a green licence plate will come in due course.

The move, which may allow motorists to receive special incentives, is designed to make switching to electric vehicles more appealing. 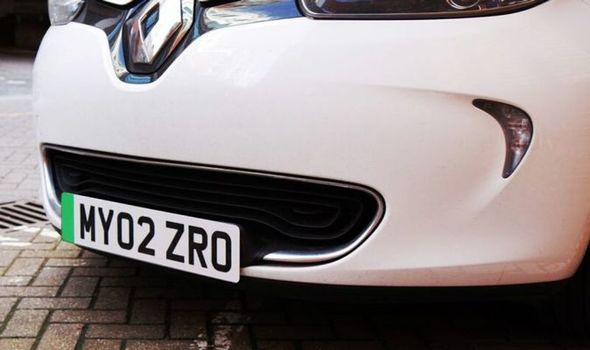 The term “zero-emissions vehicle” was created by the California Air Resources Board (CARB) and at first only referred to tailpipe emissions, or those produced during operation of the car.

As electric vehicles (EVs) require battery power, they do not emit any harmful fumes from their exhaust pipe.

This initiative comes as the Government aims to meet its target of achieving net zero emissions by 2050. 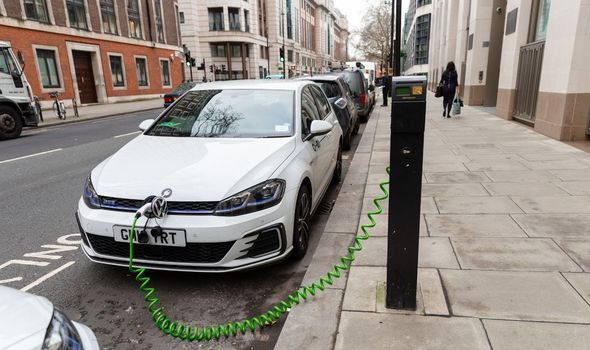 “Green number plates could unlock a number of incentives for drivers and increase awareness of cleaner vehicles on our roads, showing people that a greener transport future is within our grasp.

“We’re supporting small businesses to develop the transport tech of the future through a multimillion-pound investment, ensuring that UK businesses remain at the forefront of low-carbon innovation and research.”

The Department for Transport (DfT) said the green stripe on the plates would make electric vehicles more easily identifiable to local authorities who want to offer perks for drivers.

These perks could be allowing drivers of such vehicles to use bus lanes, charging them less for parking or cost-free entry into zero-emission zones.

Special number plates have already been trialled in Ontario, Canada, with drivers of electric vehicles given free access to toll lanes and high-occupancy vehicle lanes.

The city then saw an increase in electric vehicle registrations.

Mr Shapps’ announcement follows reports last week claiming Prime Minister Boris Johnson was said to be considering plans to give drivers up to £6,000 to exchange their petrol or diesel car for an electric model.

The Daily Telegraph reported in March Mr Johnson was being urged to help manufacturers hit hard by the coronavirus crisis. 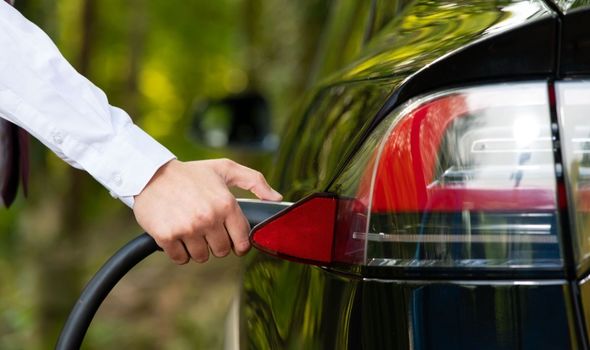 This is despite the Government reducing the maximum grant available for electric car buyers under the Plug-In Car Grant, by £500 to £3,000,

Sales of new cars have declined nearly 90 percent in May compared with the same month in 2019.

Edmund King, president of AA, said he welcomed the switch to partially green numbers plates and said 37 percent of his organisation’s members had voiced support for the change.

Mr King said: “Having a green flash on the number plate may become a badge of honour for some drivers. 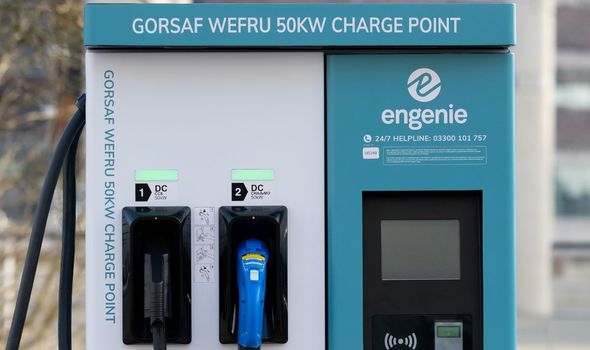 “We support this concept, which shows that the electric vehicle revolution is now moving from amber to green.”

But the RAC said it was not convinced the new plates would provide much incentive for motorists to opt for greener cars.

Rod Dennis, a spokesman for the organisation, said: “While this is well-intentioned, we don’t believe green number plates on their own will do much to make people switch to an electric car. We’d much prefer the Government looked at things like bringing in the right financial incentives.”

As well as giving green number plates the go-ahead, the DfT also announced £12 million was being made available for research into zero-emission vehicles.

The funding, made through the Office for Low Emission Vehicles (Olev) and delivered through Innovate UK, will see £10 million for a new zero-emission vehicle innovation competition.

The scheme will invite applicants to bid for project funding to support advancements in battery, electric and hydrogen vehicles, as well as charging infrastructure.

A further £2 million will be provided by Olev to UK small and medium businesses to support their research into zero-emission vehicles.

The DfT said this research will be in areas like battery technology, which could be used by major vehicle manufacturers in future electric vehicle production.