Defending GT Sport World Champion Igor Fraga put in an impressive showing in Italy over the weekend to round out his Formula Regional Championship season in style.

Going into the final round at Autodromo Nazionale Monza, the Brazilian driver had won two races — at Red Bull Ring and Imola — along with six other podium finishes to sit fourth in the championship overall.

Fraga got his weekend off to a flying start by taking pole position for all three of the races at Monza. Driving his distinctive GT and McLaren Shadow liveried #17 Tatuus–Alfa Romeo F3 T-318 spec car for DR Formula RP Motorsport, Fraga set a blistering 1’46.023 in the wet conditions. 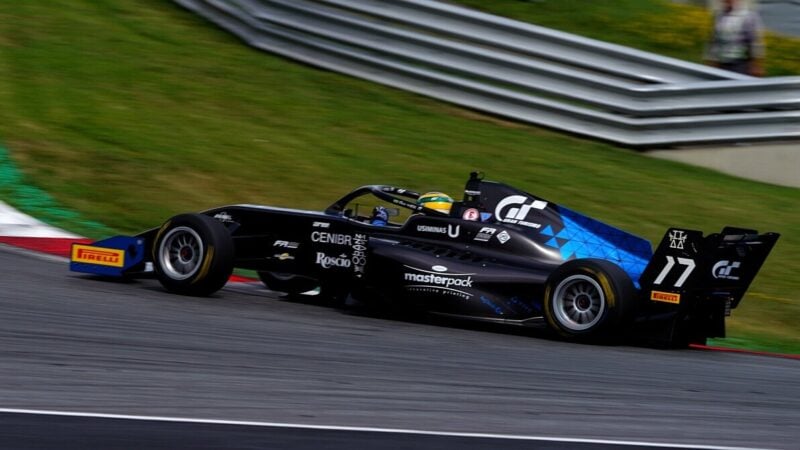 Race one went entirely Fraga’s way. After starting under the safety car he was never seriously challenged and lead series champion Frederik Vesti home by over a second — the duo well over 10 seconds clear of the next car, Fraga’s team-mate Raul Guzman. Conditions dried out enough for a regular standing start in race two, but Fraga repeated his performance, leading team-mate Guzman home by a huge 13 seconds. Fraga also recorded fastest laps in both races, to make it back-to-back grand slams.

Lights-out in race three saw the Brazilian experience a momentary loss of traction, allowing Vesti to get the jump into the lead. Countryman Enzo Fittipaldi also got past Fraga, in a slightly controversial move on lap eight. After pressuring Fraga throughout the race, Fittipaldi pulled alongside on the main straight but both drivers missed their braking spots for the first chicane. Fittipaldi returned to the circuit via the cut through for the second part of the chicane, while Fraga went down the whole escape road and came out behind.

Nonetheless, Fraga finished on the third step of the podium to make for a very profitable weekend. The results meant Fraga also finished third in the championship table, passing David Schumacher by 15 points, and 36 points down on Fittipaldi.