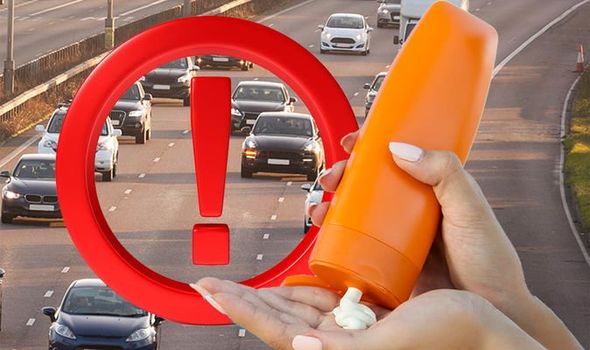 Temperatures in the UK are set to soar over the coming weeks with temperatures expecting to reach around 37 degrees in places. High heat can cause a number of problems for motorists such as a risk of dazzling and certain summer footwear being inappropriate which can risk a fine. However, new research has confirmed that suncream and hand sanitiser can cause damage to the vehicle’s interior. Brits will be reaching for hand sanitiser and sun cream in increasing quantities as the heat rises across the country.

New research has, however, found that chemicals found in these products can reach with surfaces found in cars which can cause them to wear prematurely.

“From hand sanitisers to sun lotions to insect repellent, consumer trends are constantly changing, and new products are coming on to the market all the time,” said Mark Montgomery, senior materials engineer at the Materials Technology Centre, Dunton Technical Centre, UK, for Ford of Europe.

“Even the most innocuous seeming product can cause problems when they come into contact with surfaces hundreds and even thousands of times a year.”

Higher sun protection factor lotions contain greater quantities of titanium oxide that can react with plastics and natural oils that are found in leather, especially when it is hot. Diethyltoluamide, or DEET, is the most common active ingredient in insect repellents.

The teams at Ford tested at up to 74 degrees Celsius, which is the temperature that can be reached in the inside of a car parked at the beach on a hot day.

In other tests, they simulated extended exposure to the sun, with samples bombarded with ultra‑violet light, equivalent to the brightest place on earth, for up to 1,152 hours (48 days).

They also tested at -30 degree Celsius temperatures when the materials are their most brittle. 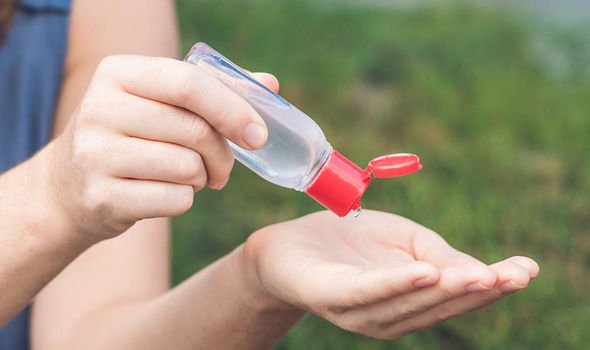 The finding found that certain protective coatings installed on certain cars can help avoid the turbocharged wear such products.

“Sometimes what we do requires a bit of detective work,” said Richard Kyle, materials engineer, also based in Dunton.

“There were instances of particularly high wear in Turkey and we managed to trace it back to ethanol potentially being a contributing factor, and most likely a popular hand sanitiser that contained 80 per cent ethanol – far higher than anything we’d seen before.

“Once we knew what it was, we were able to do something about it.”