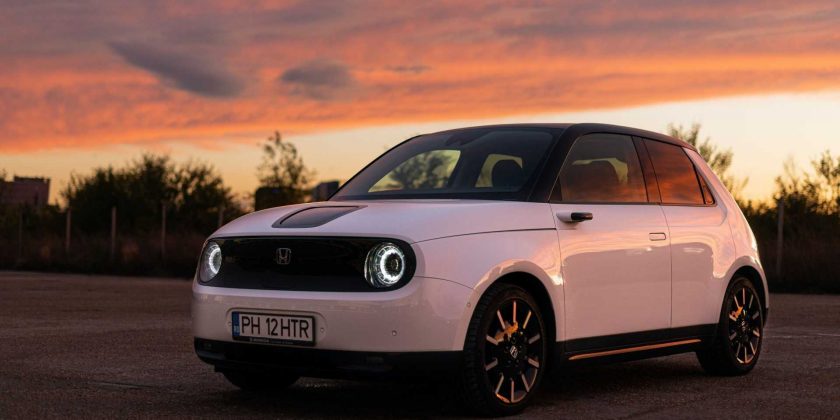 As Honda points out, this is just the latest in a series of global awards that the e has received.

We had a blast road testing and just getting to experience the unique Honda e, which really impressed us in all areas except outright range. And it’s been racking up awards left and right, apparently, the most recent of which being the 2021 German Car Of The Year distinction, thus becoming the first Japanese ever to win.

The Honda e not only won outright, but it also scored an additional win in the ‘ New Energy ‘ category. Other prestigious awards under the e’s belt include top honors in the Red Dot Design Awards, as well several well known automotive magazines and other news outlets.

‘ For Honda e to be the first Japanese car to be awarded German Car of the Year is a great honour and one we are incredibly proud to receive. Customer and media response to the Honda e since it was first unveiled has been overwhelmingly positive. The Honda e is a perfect example of a product with a unique design, featuring cutting-edge technology and advanced intelligent connectivity to keep owners connected with their everyday life. We are very thankful for this award. ‘

The Honda e has won praise elsewhere in Europe too. It is currently nominated for ‘ Hungarian Car of the Year, ‘ as well as in Spain’s Axel Springer Motor Awards in the ‘small cars’ category. In Italy it could also become Quattroruote’s ‘Car of the Year,’ while in Denmark, it is also in the running for ‘ Denmark Car of the Year 2021. ‘