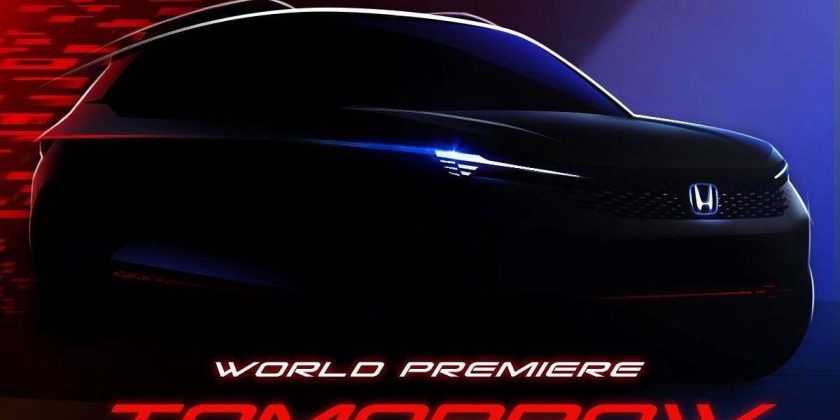 As reported earlier this week, Honda will be revealing a new compact SUV at the 2021 Gaikindo Indonesia International Auto Show (GIIAS), which opens to the press tomorrow, November 11. We’ve seen a rear three quarter teaser image of the SUV, widely tipped to be called the ZR-V – here’s a fresh teaser of the front end.

The most prominent element here are the LED daytime running lights, slim and sharp strips that point down to the Honda emblem. There are a few short LED strips at the end. The chequered grille’s elements become larger as they “dissolve” away from the centre, which reminds me of the latest Peugeot grille on the 3008/5008 facelift.

No deep grille like on the new HR-V and second-generation BR-V, which looks a lot like the Perodua Ativa. The land strip between upper and lower grilles is thick and prominent. Is that a red accent line below? There’s a sharp beltline crease that connects front to rear lights. 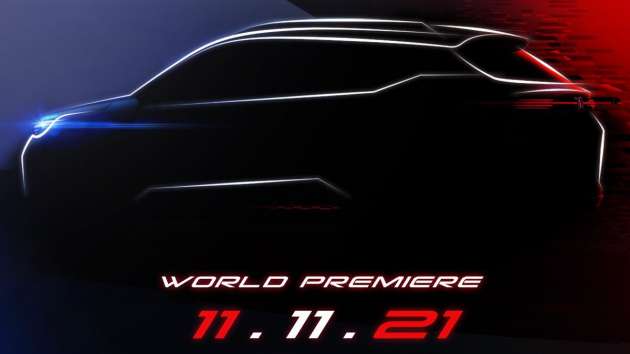 Some of the detailing seen so far suggests that the GIIAS debutant will be a concept rather than a production vehicle, but we’ll only know tomorrow. The ZR-V could share the BR-V’s 121 PS/145 Nm 1.5L DOHC i-VTEC engine and CVT combo, or Honda can go turbo with the Thai City‘s 122 PS/173 Nm 1.0L turbo-triple. The H-brand also has its e:HEV hybrid powertrain. The Daihatsu Rocky, Toyota Raize and Perodua Ativa triplets have three-pot turbo power, and e-Smart Hybrid versions of the Rocky-Raize were recently launched in Japan.

There’s good demand for compact SUVs in ASEAN and India, where the ZR-V will likely replace the Jazz-based WR-V psuedo-SUV. From what we’ve seen so far, what do you think of this new compact Honda SUV?