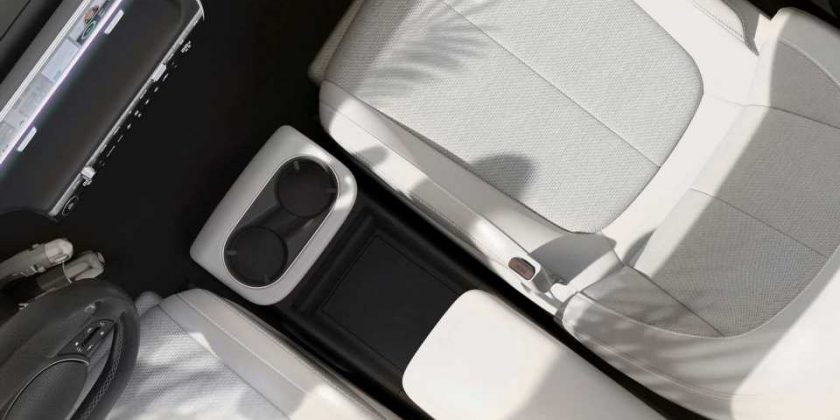 The Ioniq 5 will finally be fully revealed about a week from now.

Hyundai Ioniq 5 promises to be one of the most compelling new EVs on the market, and based on the Korean automaker’s recent track record for making EVs, we have every reason to expect the best from it. We’ve so far only seen bits of the car’s exterior in some teaser photos, but today Hyundai decided to give us a sneak peek at the Ioniq 5’s production interior which appears to be quite modular.

The video shows a top-down perspective inside the vehicle through its opening panoramic sunroof. In the five second long video, we get to see the front passenger’s seat slide back (we assume electrically), taking the center armrest with it; a thigh-support cushion also appears as the seat moves back.

Based on what Hyundai writes in the press release for this teaser, it sounds like the center console can slide on its own – perhaps in the video both the console and seat were selected and slid back together.

Hyundai points out that thanks to this modularity and the flat floor, you can park the car very close to something on the driver’s side (which would not allow you sufficient room to open the door), but easily exit the vehicle through the passenger’s side door by moving the console and passenger’s seat out of the way. Other features mentioned in the press release are leg rests for the front seats (the aforementioned extra thigh support) that

Allow passengers to ‘relax and recharge’ while their vehicle is being recharged. All seats can be operated and repositioned, making it easier for adults in the front to care for children and pets seated in the rear.

The automaker also mentions that most of the materials used to create the Ioniq 5’s interior are eco-friendly, such as the seats whose upholstery is

An eco-processed leather that is dyed and treated with plant oil extractions from flaxseed. Other soft furnishings throughout the cabin consist of textiles derived from sustainable fibers such as sugar cane bio components, wool and poly yarns, as well as material woven from fibers made from recycled PET plastic bottles. Surfaces such as the dashboard, switches, steering wheel and door panels are coated in a polyurethane bio paint composed of oils from rape flowers and corn.

The Hyundai Ioniq 5 will be fully unveiled on February 23 when its range, performance and charging numbers will also be confirmed. It is the first production model to debut based on Hyundai-Kia’s new E-GMP dedicated EV platform and it will be shortly joined by sister models from Kia and Genesis.