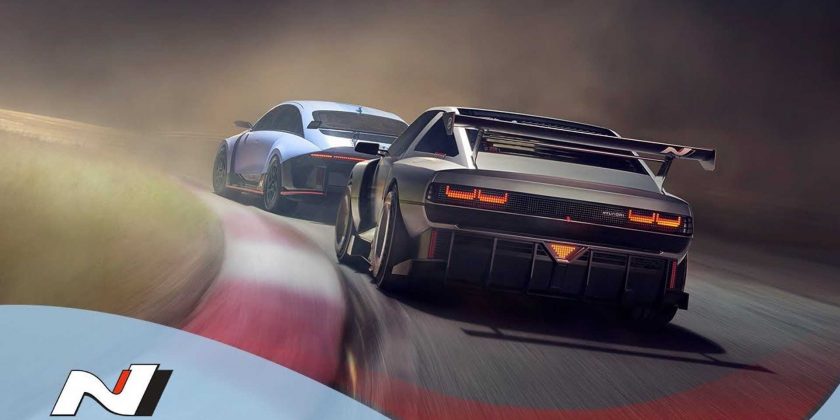 Hyundai wants you to make a clear distinction between concept cars, many of which are just built to show off a particular body style, and its two latest rolling labs that are fully functional vehicles with impressive specs to boot. The RN22e is based around the Ioniq 6 sedan and has the same power as a Kia EV6 GT, while the N Vision 74 is a retro-inspired hydrogen fuel cell vehicle with even more oomph.

After revealing the concept duo, Hyundai released this video which shows both vehicles being driven on track. First they show the all-wheel drive RN22e, highlighting its agility, the ease with which its back can be whipped around and the surprisingly exciting sounding enhanced motor noise – it almost sounds like a racing gasoline engine that’s being revved to within an inch of its life and as per this video, it seems to achieve its goal of making the driving experience more enthralling.

The second part of the video is dedicated to the N Vision 74, whose look is inspired by a 1970s coupe concept that never made it into production. If you like cars that blend retro and modern design cues, well, they don’t get any better than this, and this vehicle is no slouch either – there’s nothing 1970s about the way it goes.

Hyundai notes that it has two rear motors, one for each wheel, with a combined output of 500 kW (671 horsepower) and advanced torque vectoring. Interestingly, the manufacturer notes that even though this vehicle has both an electricity-generating hydrogen fuel cell, as well as a 62 kWh battery pack, it actually runs cooler than the pure-EV RN22e.

The N Vision 74 concept seems unlikely to spawn a production version, especially since it is just a one-off not based on an existing production model like the RN22e. We don’t know if there will be an extreme variant of the Ioniq 6 that will feature as extreme a widebody or racing inspired mods as the RN22e, but an Ioniq 6 N is around the corner and it will probably have very similar performance numbers to the concept.