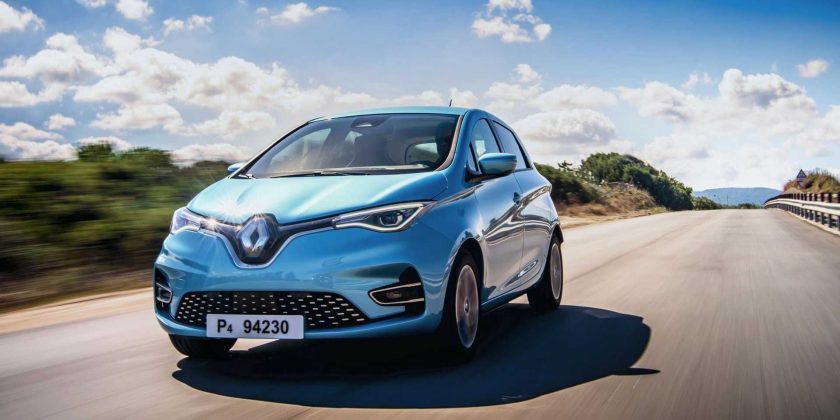 The pandemic nearly wiped out car sales with all powertrains aside from full electric.

As the worldwide coronavirus lockdown stormed all nations’ economies throughout the month of April, the car industry witnessed a near-complete shutdown of unprecedented proportions. The extent of it is clearly shown in Italy’s car sales for the month, which were down a jaw-dropping 97.5% year over year. This was widely anticipated since a severe lockdown began in March and the market started its precipitous descent, but it is dramatic nonetheless.

While March sales were only partially affected by the snowballing global health emergency, April’s market bore the consequences in full. With people locked in their homes, and car dealerships forced to close, it is almost surprising any new cars made it to their buyers at all. A total of 4325 units were sold over the month throughout the country, compared to over 175,000 twelve months before, and to almost 29,000 in March as the lockdown started. Admittedly, statistics for such an outlier month may be of little use in analyzing broader, long-term trends. It is nonetheless interesting to note how the market behaved under such stressful circumstances. What managed to sell at the height of the “apocalypse”?

Virtually all powertrain segments were badly affected more or less equally. Petrol and diesel cars, as well as hybrids and plug-in hybrids, were nearly wiped out by the pandemic, ending the month between -95/-98% year over year. Full electric cars, however “only” lost about 58% from the same month last year. At 500 units sold in April, BEVs are the only powertrain segment to show some resilience, which is all the more significant as April 2019 was a banner month, marking the start of national EV incentives that would boost electric car sales in Italy to double the previous year’s levels. In such a paper-thin market, this means 11.6% of all April car sales were fully electric, a monthly record that will be hard to beat for a long while. 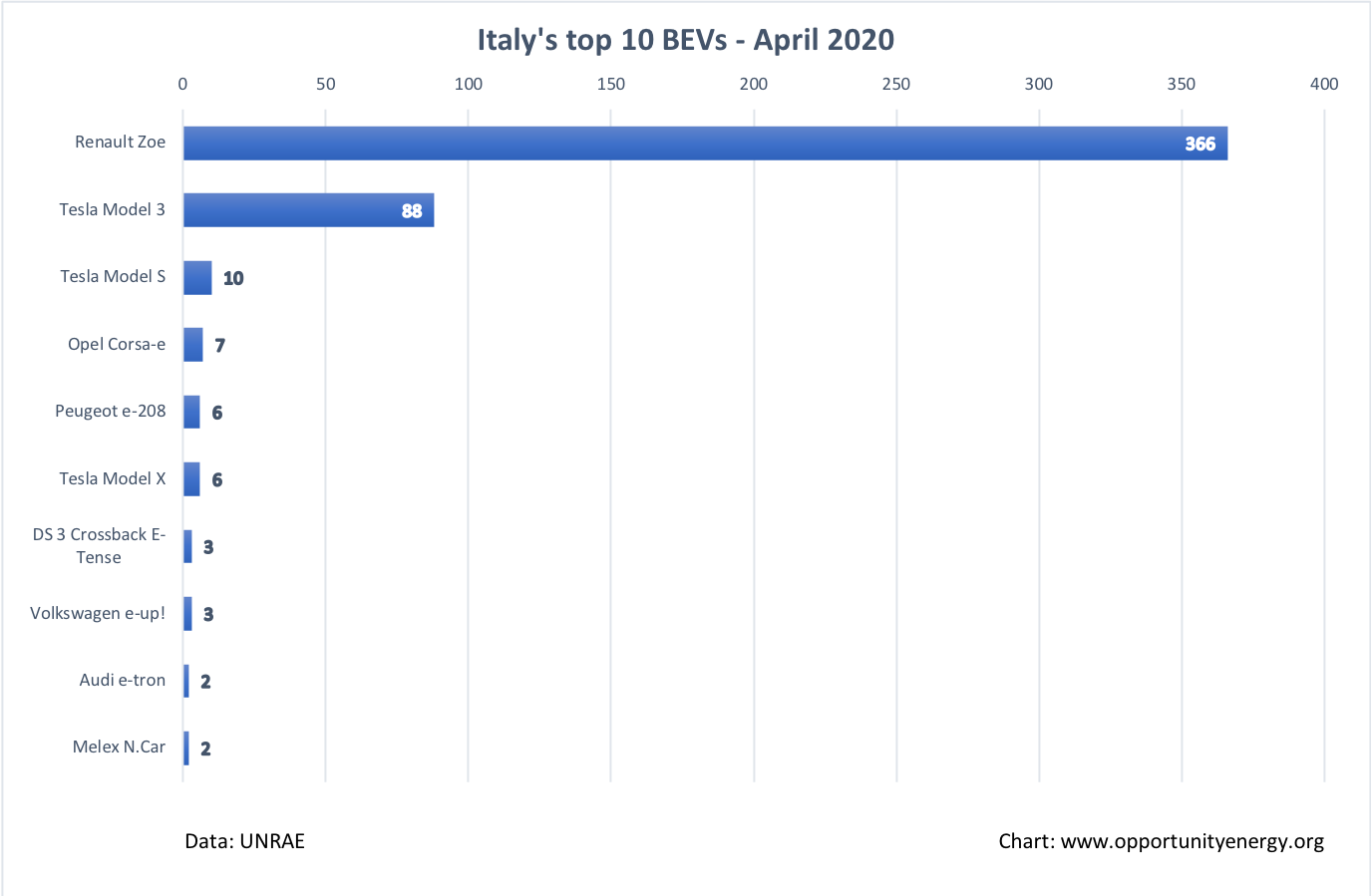 The exploit is mainly due to the buoyant sales of the Renault Zoe, which made up most of full-electric car sales with 366 units, 72% of the BEV market, and also an astonishing second best seller in the overall car market. A feat that would have been impossible under business as usual and is likely due to large purchases (corporate or rental fleet). Also of interest is Tesla’s resilience, in a start of quarter that is never usually strong for the brand. With 88 units sold, Model 3 was the only other BEV with noteworthy sales levels, validating Tesla’s home delivery system as a very effective way to enable sales in the current pandemic.

Looking past April and with a slowly easing global health emergency, the worst is probably over for the car market, at least with respect to short-term statistics. What lies ahead is now a difficult and critical road to recovery for the broader car industry – one ripe for change and consolidation – where governments will take charge in stimulating the global economy, and might well determine sustainability is the way forward. An accelerated switch to electric mobility could be one of the unintended, positive effects of this painful pandemic.