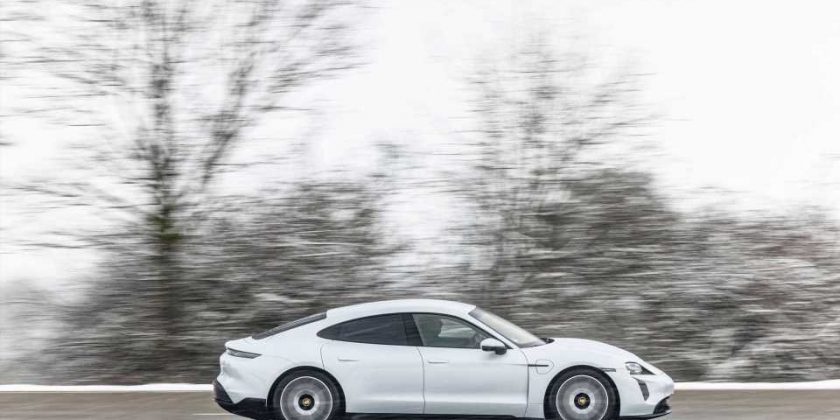 It will reportedly be built on the PPE platform co-developed by Porsche and Audi.

If you like the Porsche Taycan, but it is a bit too big and expensive for your taste and budget, then maybe this rumored smaller model will be a better fit for you. It’s currently reportedly not been green-lit, but if it does go into production, it will become Porsche’s third fully-electric model, after the Taycan and the upcoming EV version of the Macan.

And just like the Macan, the smaller Porsche sedan would be underpinned by the PPE platform, developed together by Audi and Porsche to be shared among their BEV models. Autocar quotes an unnamed Porsche engineer who revealed the news as saying

The modular nature of the PPE platform will allow us to extend our electric car line-up with a range of different models. It is engineered for standard and high ground clearance. A second sedan [saloon] model is one possibility.

The source adds that even though the decision to build this vehicle or not has yet to be made, Porsche would have the production capacity to accommodate it. It points to rumors that the automaker is investing some €600-million ($734-million) in its Leipzig, and aside from adding a new body shop, the investment will also enable the company to build ICE, electrified and fully-electric vehicles under the same roof.

Furthermore, if we look at what Porsche has been doing with its electric vehicle, it’s pretty clear its strategy is somewhat similar to Audi’s, and their models share platforms too. The Audi E-Tron GT, for instance, is very similar mechanically to the Taycan, and Porsche’s upcoming electric Macan (to be built on the same PPE platform) will follow the same recipe and be the equivalent of Audi’s upcoming Q6 E-Tron model.

And since Audi is going to launch an all-electric variant of its A4 (which won’t actually be built on the same underpinnings as the ICE A4, but on the PPE architecture instead), it’s not a stretch to imagine that an equivalent model from Porsche is in the works. The sports car maker from Stuttgart would be entering an increasingly competitive segment with its sub-Taycan electric sedan or fastback.

This is primarily because the Tesla Model 3 exists and is already hugely talented and successful by the standards of the segment, but BMW is readying the launch of the all-electric i4, Mercedes-Benz is working on its EQE model and there will surely be other manufacturers interested to join the party too, such as Genesis which is bucking the hybrid and PHEV trend and going straight from ICE to EV.