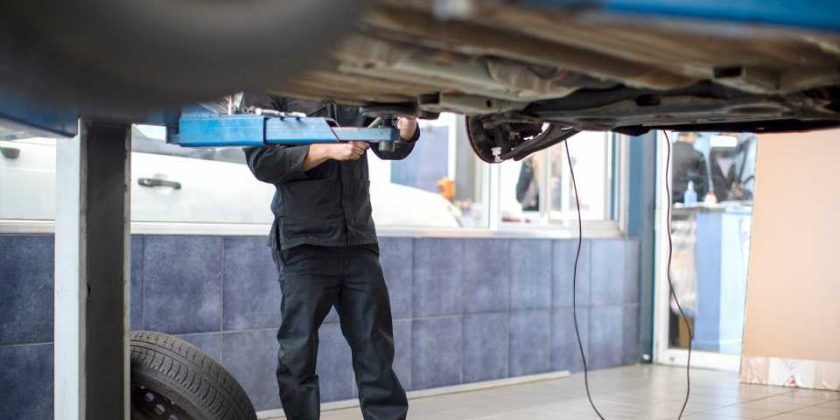 A couple years ago, the owner of a stick-shift Jeep handed the keys over to a Jeep dealership for a routine oil change. Unbeknownst to them, a teenage dealer employee who reportedly wasn’t licensed to drive and didn’t know how to operate a stick-shift attempted to move the owner’s Jeep, when it lurched forward with enough force to kill a nearby service technician. But because of the way the law works with regard to the legal liability of vehicle owners, the family of the service tech isn’t suing the dealership—they’re suing the owner of the Jeep.

Wait, The Jeep Owner Is Being Sued?

The incident that preceded the suit, as reported on by Fox 2, happened back in March 2020, when an untrained and unlicensed 19-year-old struck and killed 42 year-old Jeffrey Hawkins while behind the wheel of a customer vehicle in the service bay of the Rochester Hills Chrysler Jeep Dodge dealership in Michigan.

The victim’s family is represented by attorney David Femminineo, who was interviewed by Fox 2 and clarified the family can’t sue the dealership, because of how the law treats vehicle owner liability. It might not make much sense at first, that the owner—doing what thousands of vehicle owners do every day at dealer service departments—could possibly be responsible for the dealership’s unqualified employee’s actions, but it’s how the law works.

The dealership can’t be sued for the actions of an employee when either are acting negligently, as odd as it sounds. Whether the dealer is negligent for letting the employee (who couldn’t drive stick and didn’t hold a valid driver’s license, according the the news report) get behind the wheel of the Jeep, or the employee is negligent for doing that even though they should have known not to, is legally irrelevant. The remedy in this case is to seek worker’s compensation, which the family of the victim did.

While the vehicle owner bears the legal responsibility for what happens with the vehicle, the dealer may end up ultimately footing the bill, and here’s how. The owner can (and is) suing the dealership for indemnity—that is to say that the dealer would be responsible for paying the costs of the lawsuit and resulting damages. But now the Jeep owner has to prove that in court. If the owner’s indemnity claim fails, they’ll likely be on the hook for everything. The dealership is currently fighting the Jeep owner’s indemnity claim.

The damages include the benefits that worker’s comp has already paid out to the technician’s family for the missed wages and medical benefits based on his dependents, as well as how much he made at the time of his death. A lien on the outcome of the various legal proceedings means that worker’s comp will seek to be repaid the $100,000 from either the dealership or the owner after the court makes its decision.