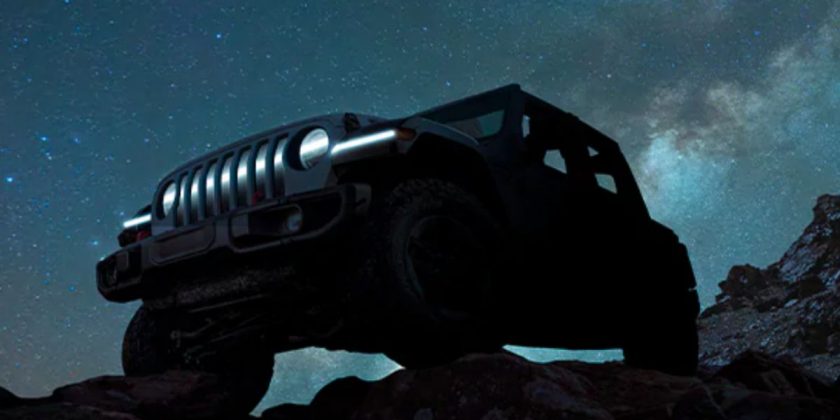 The iconic Jeep Wrangler took its steps into electrification with the debut of the Wrangler 4xe variant last September, bringing a 270 hp/400 Nm 2.0 litre turbo petrol four and pairing it with two electric motors for a total system output of 375 hp and 637 Nm of torque and 40 km of pure electric range.

Jeep will be going one step further, with the planned debut of the Jeep Wrangler BEV concept at the Easter Jeep Safari in Moab, Utah that will take place at the end of March. This was revealed in the a Jeep website titled The Road Ahead, announced alongside the release of a video by the same name which offers a glimpse into the brand’s direction for the next 80 or so years.

As depicted in the cutaway graphic, the Wrangler BEV appears to use a similar ladder-frame chassis as its internal combustion and partially electrified rangemates, with a conventional longitudinal gearbox and transfer case behind the e-motor where the ICE would be. Similarly, a drive shaft and differential propel the rear wheels, with battery packs located on both sides of the drive shaft as well as behind the rear axle line.

This layout would appear to enable Jeep to use conventional off-road transmission hardware such as low-ratio transfer cases and locking differentials, possibly along with a sway bar disconnect function that would allow for greater axle articulation and suspension travel. More defined specifications will be known when the BEV concept is revealed in full, however.

For comparison, the current electrified Wrangler that is the 4xe variant locates its battery packs beneath the rear seats. These are lithium-ion battery packs with nickel manganese (NMC) graphite chemistry, supplying 400-volts and 17 kWh. All high-voltage electronics are sealed and waterproof in the Wrangler 4xe in order to offer the same 76 cm water-fording ability as its ICE siblings, and the Wrangler BEV should be similarly sealed against the elements.

The fully electric Wrangler will also be part of a Jeep range that will include an electrified option for every model “in the next few years, and take green and 4×4 technology to the next level,” said Jeep president Chistian Meunier.