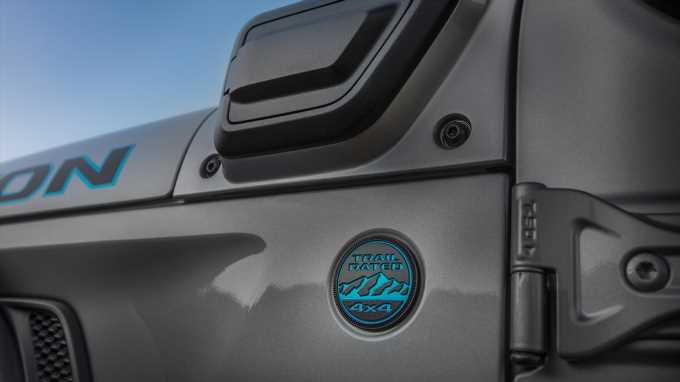 WHAT IT IS: A fully electrified version of Jeep’s iconic Wrangler 4×4. Jeep has lobbed hints about this project for years—we even drove an electric Wrangler prototype in 2008. Since then, the industry has hurtled in earnest toward an electrified future, and Jeep unveiled the Wrangler 4xe plug-in hybrid and—more tantalizingly—the Wrangler Magneto EV concept. Both offer clues to what Jeep could be up to with the production Wrangler EV: batteries tucked in multiple places, including under the rear seat, in the cargo area, and/or under the hood; an electric motor placed pretty much where the engine normally would be; and even Electrify America charging stations installed at off-road trailheads around the country. These stations are becoming reality right now for 4xe owners, but they are clearly intended to serve more than a niche trim level.

WHY IT MATTERS: As Tesla has shown, Americans will buy electric cars if those EVs are interesting, and we can think of no bolder confirmation of a new reality than an electric Jeep Wrangler. Next to the whole “making history” bit, there’s the not-insignificant matter that electrification could actually enhance the Wrangler experience. That’s because electric motors are torquey, and their instant-on power is a boon during precision off-road maneuvers—as we found wheeling the Wrangler 4xe plug-in hybrid up an off-road trail in EV-only mode.

PLATFORM AND POWERTRAIN: So far, we can only speculate as to how Jeep might lay out a production Wrangler EV. The Magneto concept’s “stuff-batteries-where-they’ll-fit” strategy could win out, but we believe Jeep will integrate the batteries and motor more holistically in the actual electric Wrangler. This would mean batteries tucked between (modified) frame rails, and perhaps even axles with built-in electric motors front and rear, rather than a single motor driving the transmission and transfer case as a traditional engine would. After all, removing driveshafts and central four-wheel-drive equipment would free up a ton of space under the floor for batteries—keeping the center of gravity low (possibly even lower than on a regular Wrangler), maintaining passenger space, and providing enough juice for the 250-plus miles of driving range modern EV customers have come to expect.

ESTIMATED PRICE: The Wrangler 4xe plug-in hybrid is pricey, and we suspect the all-electric Wrangler will be even pricier. A $50,000 or higher sticker price is almost a given, though cheaper models could be introduced in the future. Imagine a basic Wrangler EV with manual windows, a cloth top, and not much else.