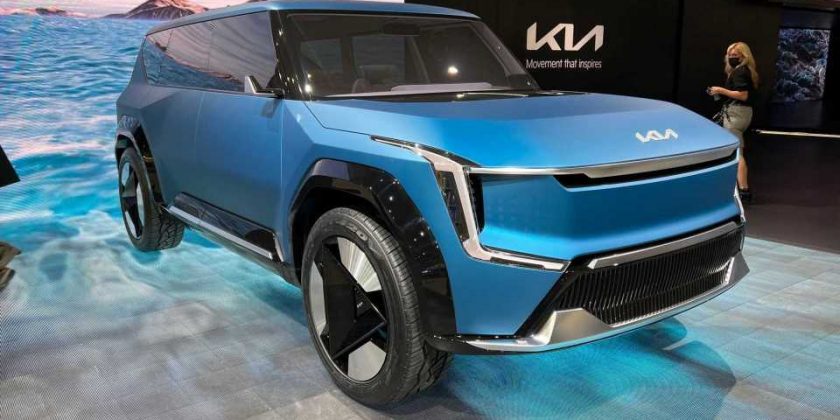 The Kia Concept EV9 – unveiled at the 2021 Los Angeles Auto Show – is far from production, but it’s a clear preview of what is coming, probably around 2023.

The South Korean manufacturer intends to build multiple models under its “EV” subbrand (from EV1 to EV9), and the EV9 happens to be the physically biggest electric Kia on the horizon.

The concept heralds a three-row SUV, with a boxy and muscular appearance, but also many subtle technological details (like LED lights) and cameras instead of rearview side mirrors. The interior is very spacious, with a flat floor and huge panoramic roof. There are designer seats (not likely production-bound), a big display and a yoke typeof steering wheel. We will see how much out of that will survive in the production stage. 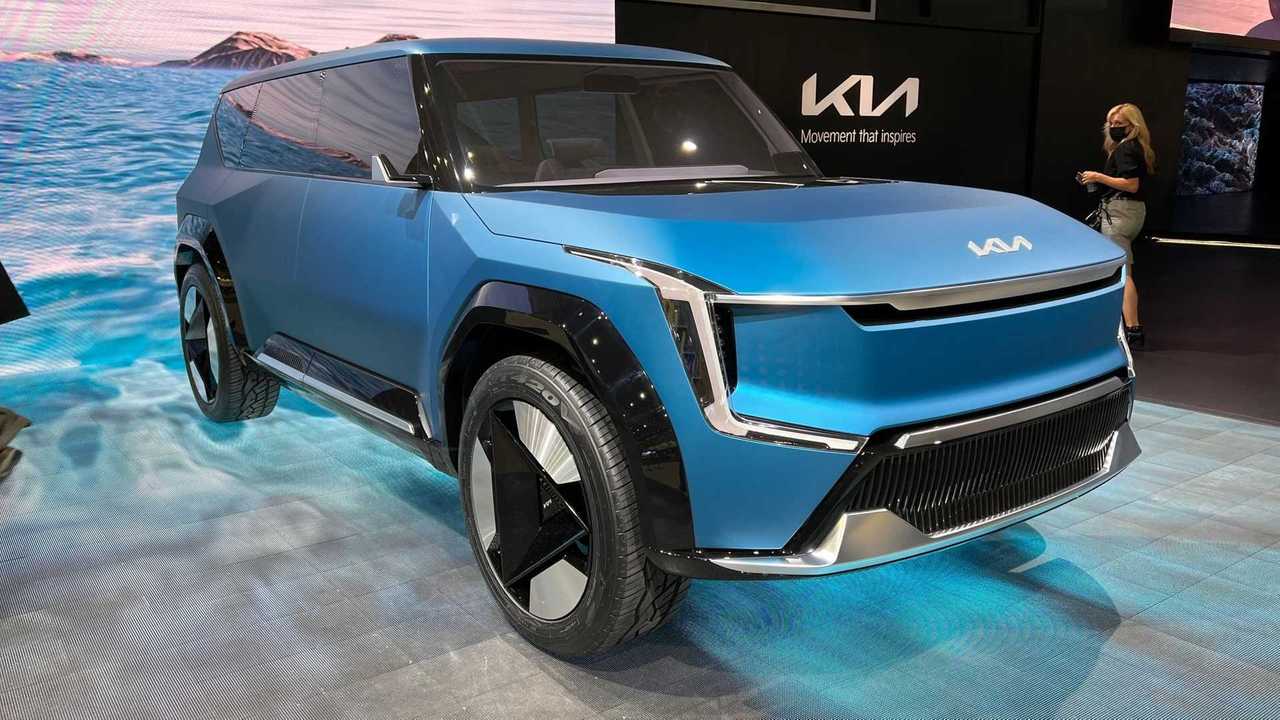 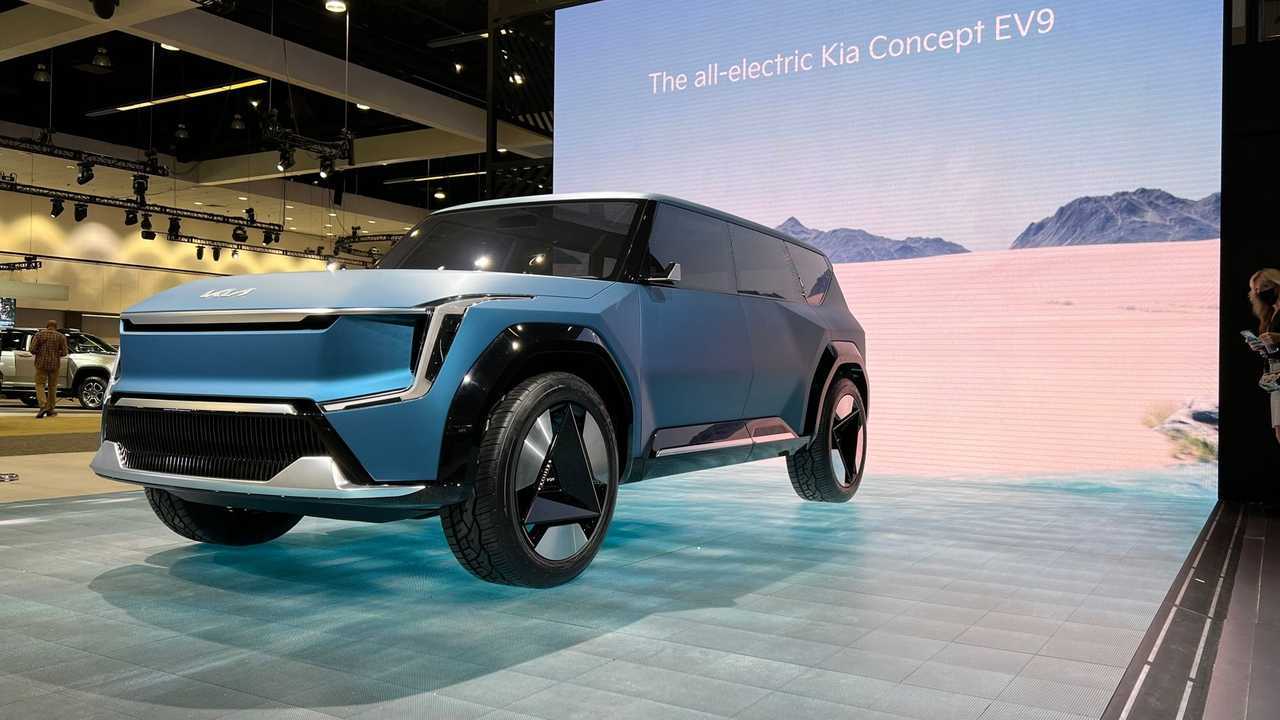 The base for the Kia Concept EV9 and its production EV9 version is of course Hyundai Motor Group’s Electric Global Modular Platform (E-GMP). In the top configuration, the SUV should be able to go about 300 miles (483 km) on a single charge, fast charge in 20-30 minutes and with dual-motor all-wheel-drive, probably offer much better performance than we could expect from a conventional vehicle of such a size.

Meanwhile, the sister brand – Hyundai – presents the Seven Concept, which appears a similar product in a different package.

Let’s take a look at the Kia Concept EV9 exterior and interior in some of the first video reports from the show. 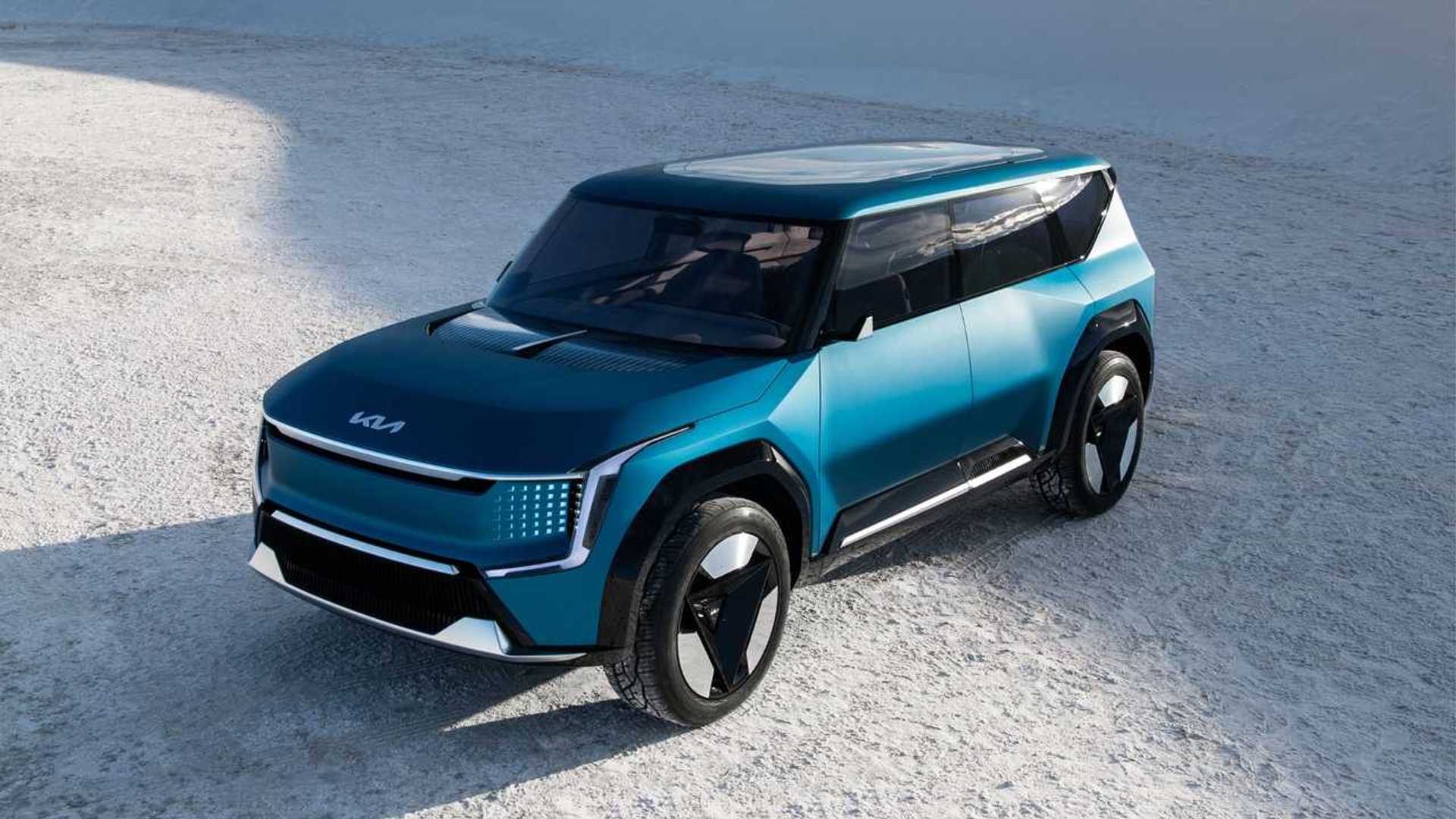 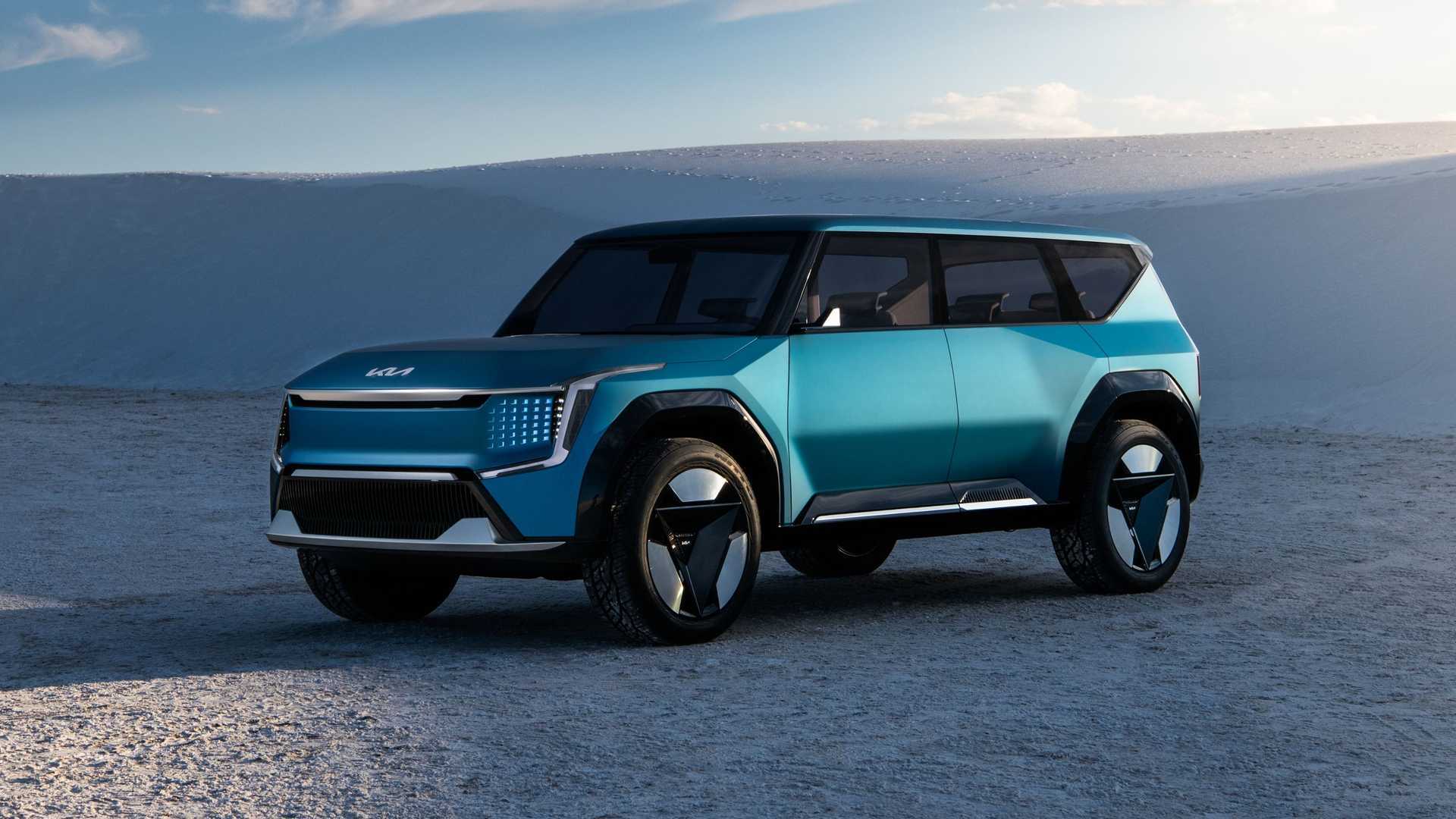 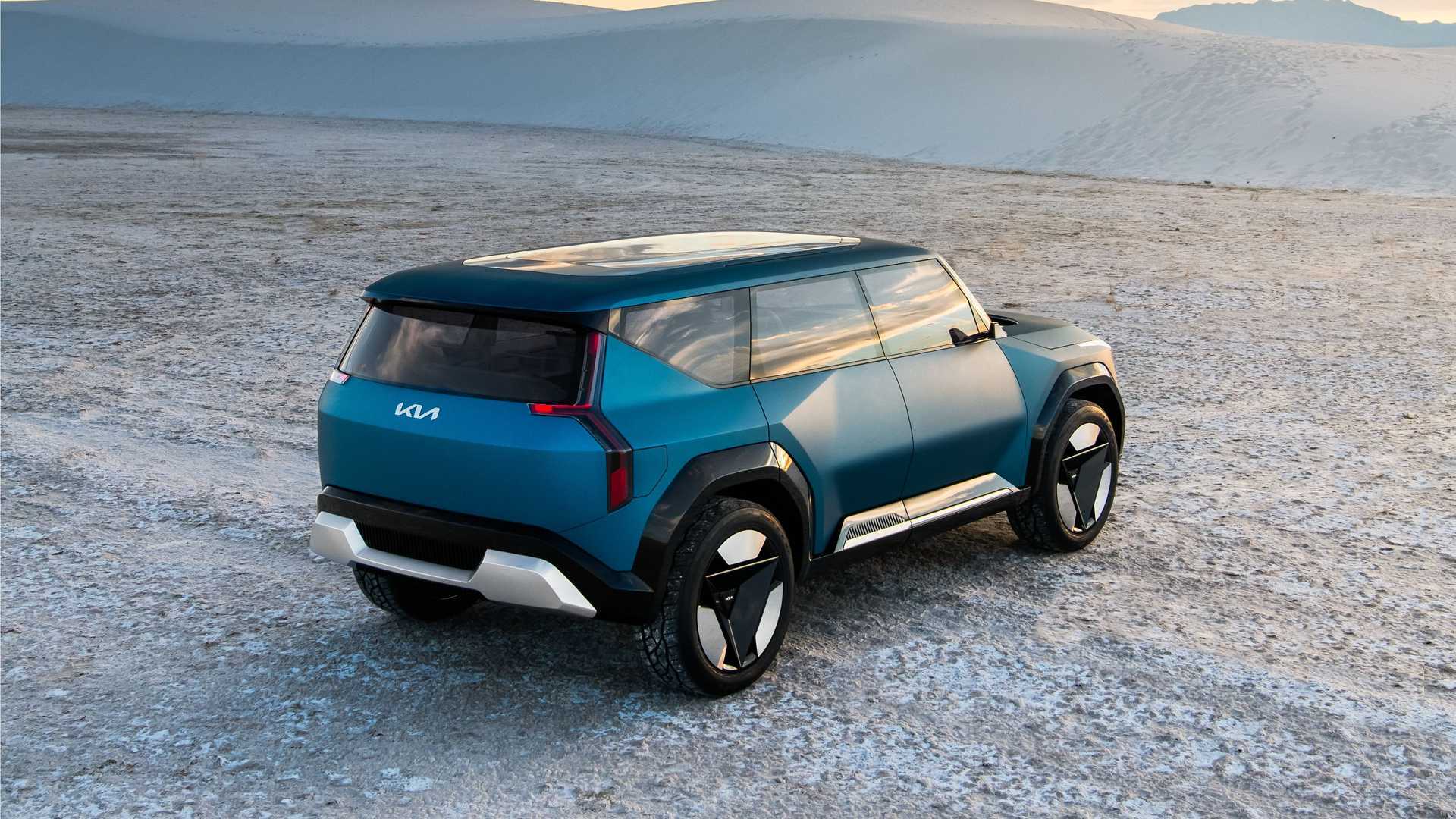 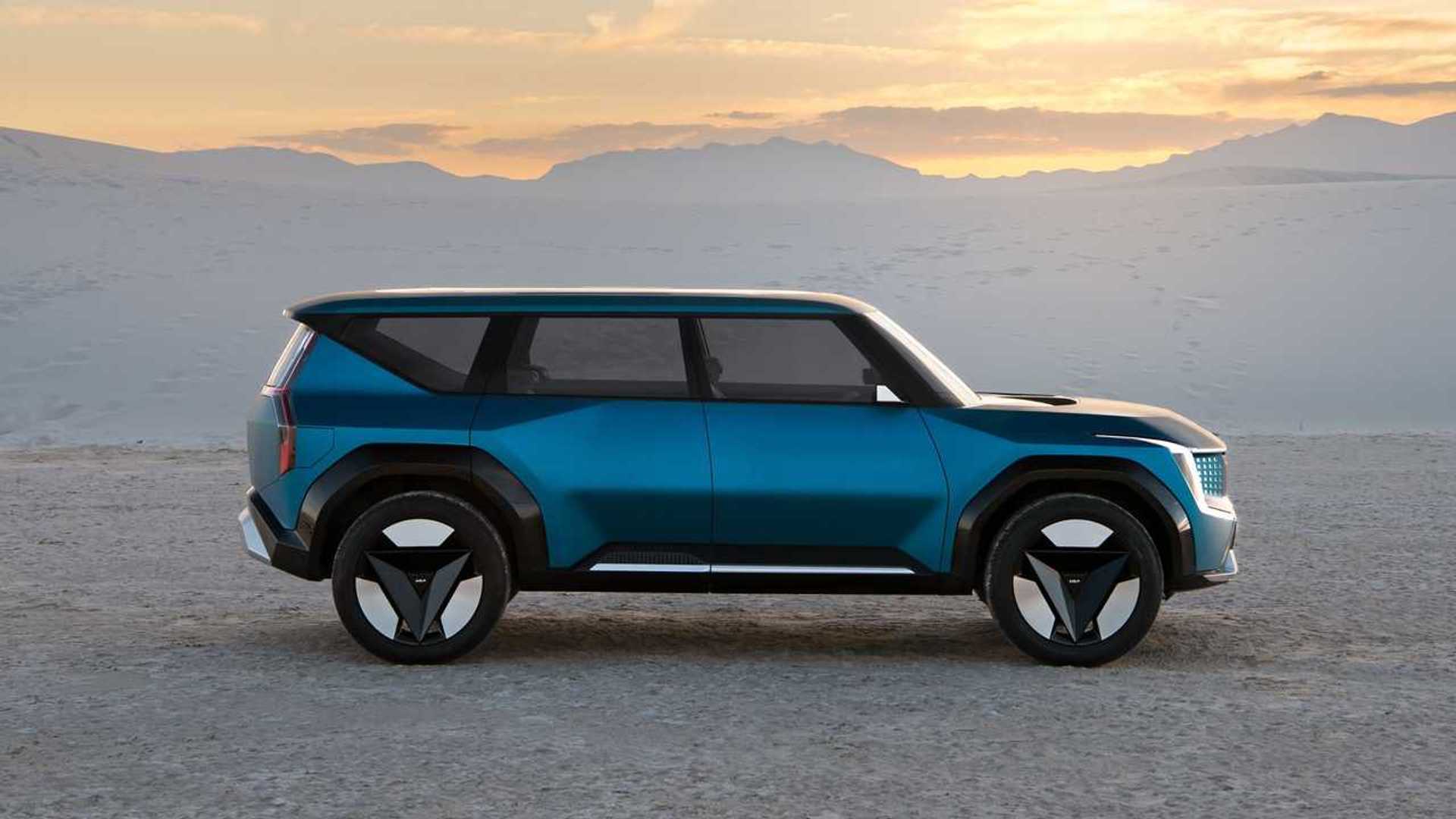 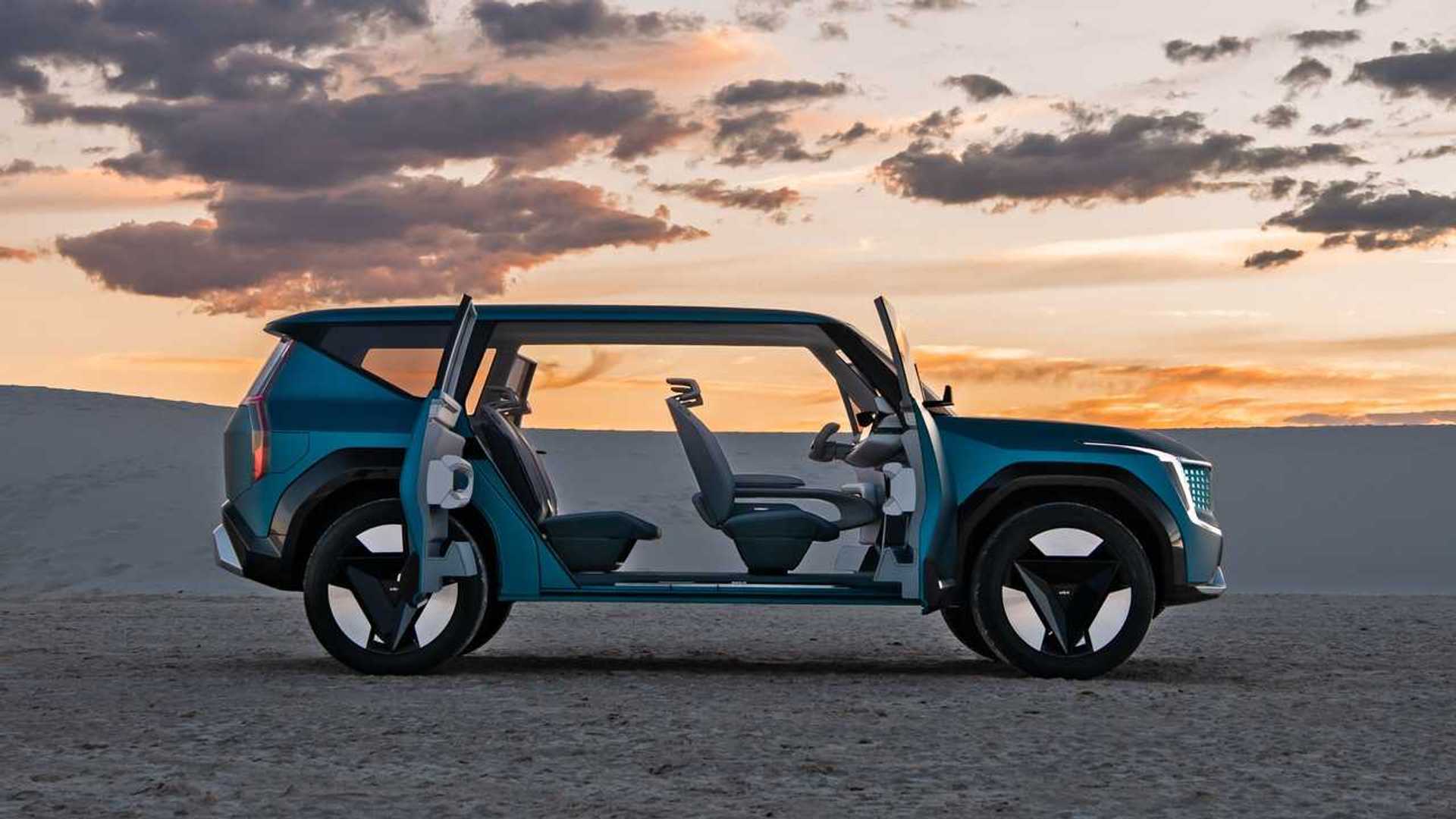 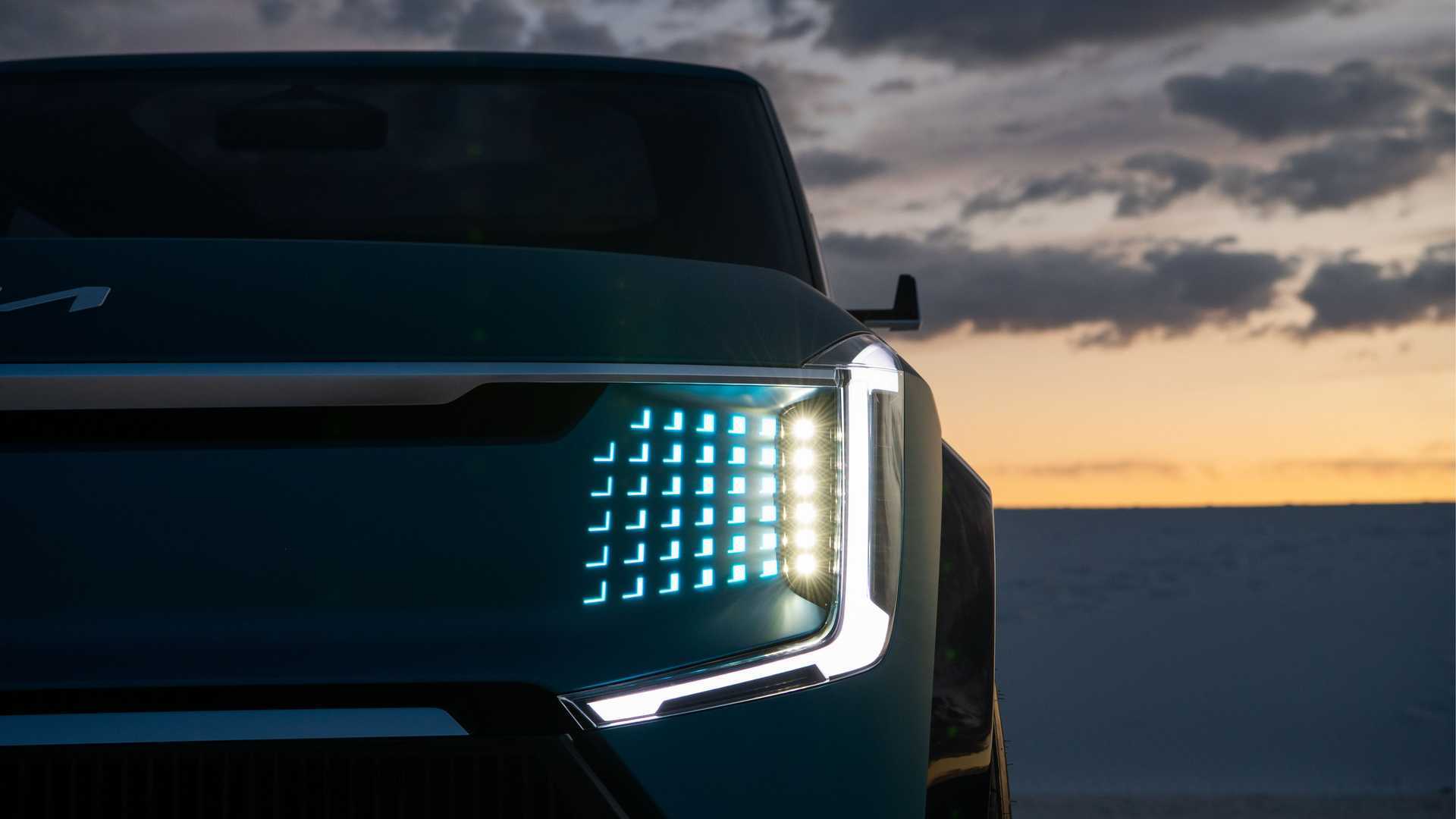 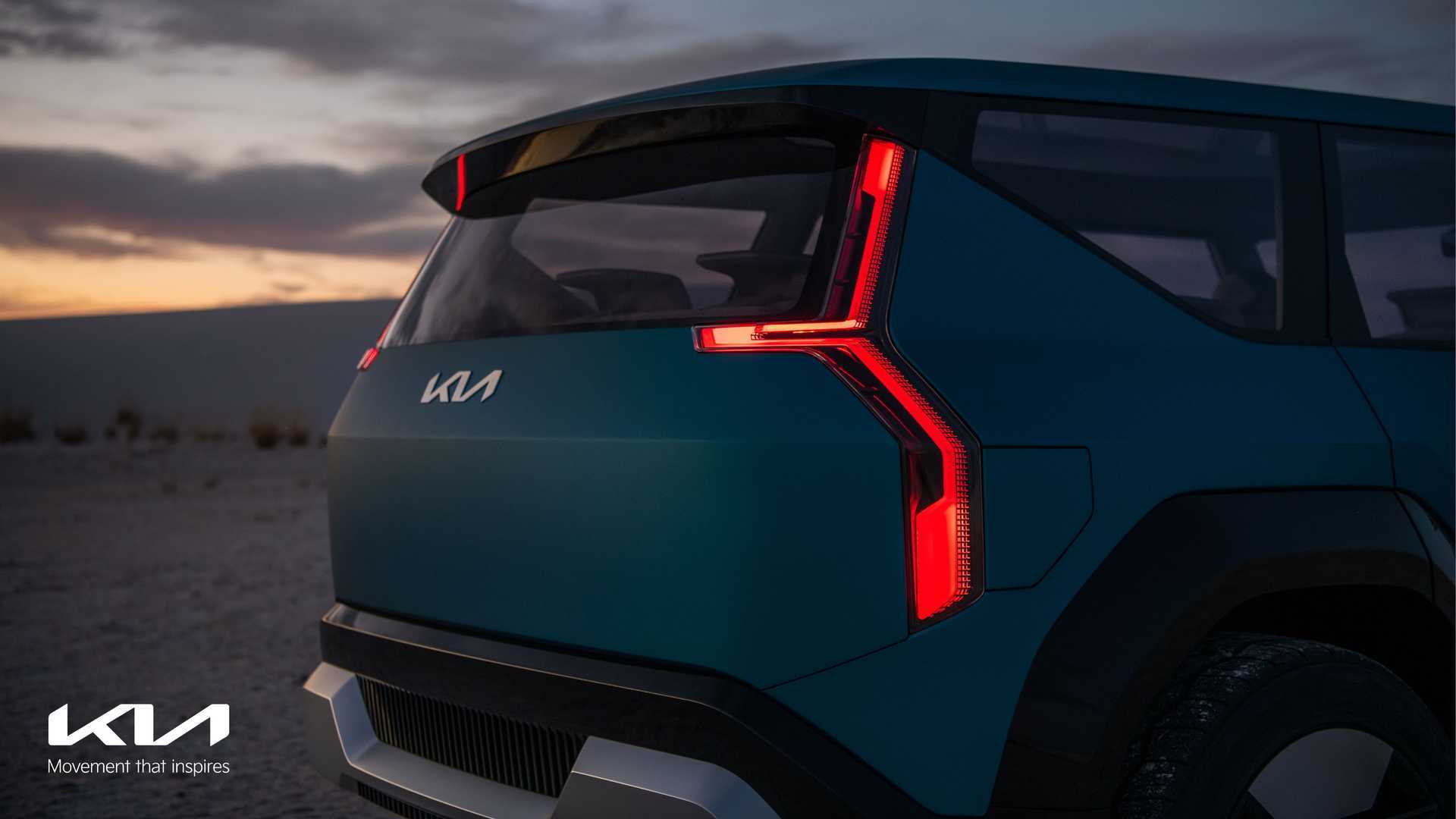