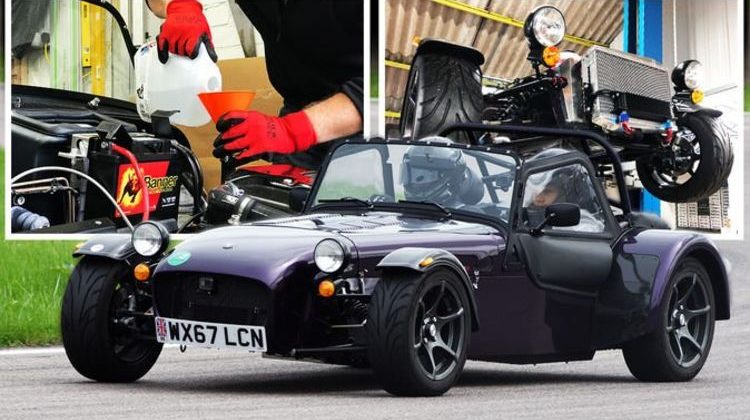 Kit Car firm AK Sportscars has revealed the “phone went crazy” as the nation went into its first shutdown in March as keen motorists became desperate to work on their cars. Like a real-life Meccano set, kit car owners spend hours fitting each nut and bolt to effectively build the cars from scratch.

As well as a sense of accomplishment, owners can design each aspect to their own taste to create the ultimate dream machine.

JK, founder of YouTube channel Petrol Diaries, has built a range of models from scratch including a stunning British Racing Green Lotus 11 and a pristine Lamborghini Countach replica.

He adds that those looking to build a car need just “enthusiasm and determination” for the project and started designing models after rolling up his sleeves desperate to have a go.

Speaking to Express.co.uk, he said: “I still remember going to the newsagents with my dad and for the first time seeing a kit car magazine, it promised dream cars in exchange for hard work. 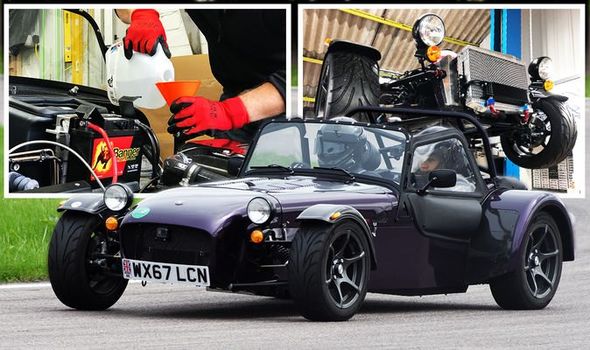 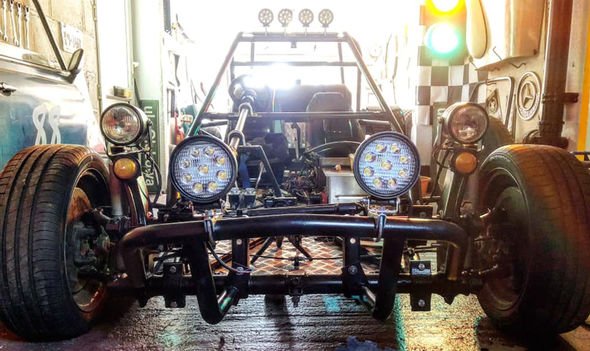 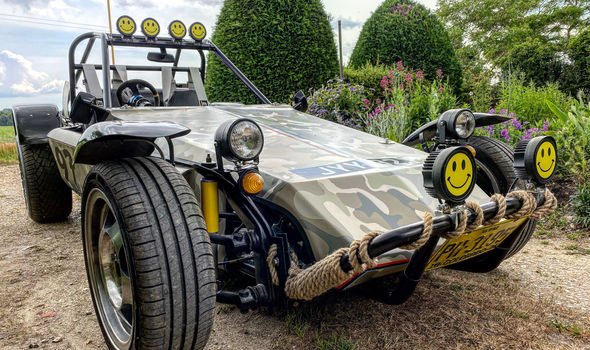 “It dawned on me there and then the sports car dream was an achievable reality.

“I was 15 then and 47 now, I’ve been lucky enough to have owned and built a number of kit cars, from sand buggy’s to jaw-dropping Lamborghini recreations, and unsurprisingly the harder I work at it the luckier I get.”

Kit car supplier AK Sportscars reveals that many of the smaller pieces can be delivered in the post with just the main body and chassis needing collection.

With models costing between £40,000 and £50,000 to build, the majority of owners purchase their models in stages as and when they can afford it.

Jon Freeman, spokesperson for the firm said the majority of their models were relatively straightforward for beginners with anyone able to get involved.

Speaking to Express.co.uk, he said: “Most of my customers are not mechanics, the last thing a mechanic wants to do on his weekend is work on a car. People think you got to be mechanical, you haven’t.

“Being mechanically minded is a bonus, knowing the front from the back of a car is a good help for me but the customers have changed over the last 30 years and we’ve had to adapt and make our cars quite straightforward to build.

“We need to offer a really comprehensive build manual and give good phone backup.

“The majority are run of the mill people from directors to sales reps, plumbers, builders and everything in between.

“I’ve had a 13-year-old build one with his dad but he built most of the car, that was four or five years ago.” 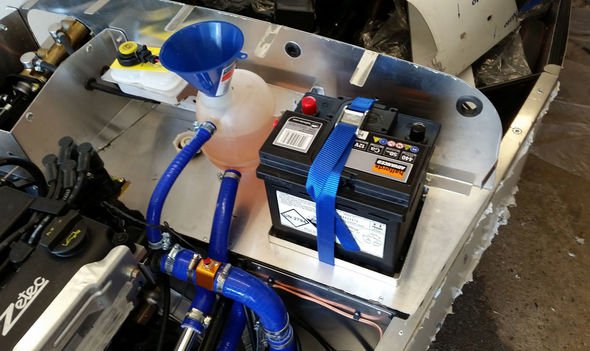 As well as purchasing all-in-one kits for up to £30,000, owners can purchase small pieces individually at heavy costs.

A simple sports steering wheel is valued at £330 with a heated windscreen part going for over £520.

However, Simon Westwood, Managing Director of Westfield Sportscars said that building a model was a ”great way to learn” as they boasted of customers across all age ranges.

He said: “Most of today’s customers will never work on a car so understanding how a car works today is almost impossible.

“Building your own from a very detailed construction manual is a great way to learn and achieve the fully built car.

“Our customers range from father and son projects to retired gentlemen and anything in between.” 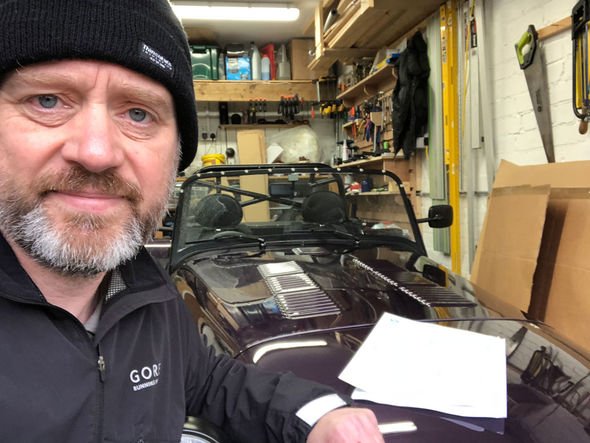 With dozens of specialist car clubs for each region, county and model, the community is a major part of ownership.

John Martin, who vlogs his creations on his page Purple Meanie said his first Caterham build took 160 hours and three months to complete because he was “having too much fun”.

After a small background tinkering with cars, John developed an eager interest in one day building his own car rather than simply buying one from a dealer.

Designing a Caterham had been in his mind since he was a late teen and finally completed his bucket list vision after 30 years of waiting. 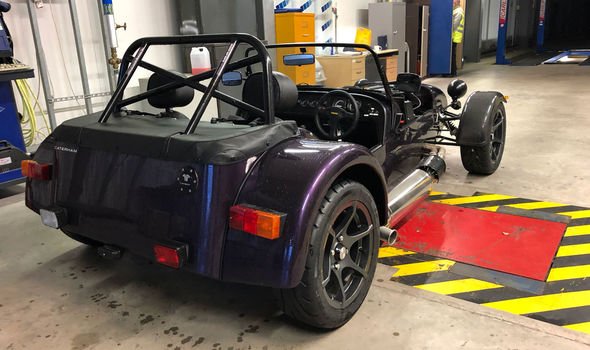 He said: “Anyone can get involved, especially with a Caterham. It’s more about patience, care and common sense than previous experience.

“There are certainly people who build Caterhams with no engineering experience, but I would say that many do have that sort of experience, like me.”

For first time builders, John says the most nerve-racking part of the build is the Individual Vehicle Approvals (IVA) which checks whether the car is safe to run on the road.

Southways Automotive warns that it is rare for cars to sail through the test, warning first-time builders to expect to fail.

The check will look over all aspects of the car’s design to ensure the car is safe and contains no danger to the driver, passengers or any other road users.

GOV.UK warns that common mistakes include problems with the car’s head and brake lights, seat belts and meeting emissions targets. 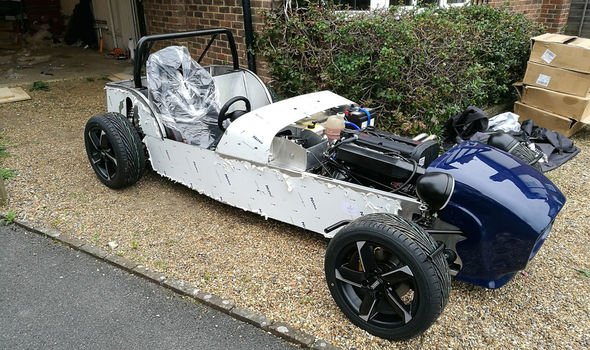 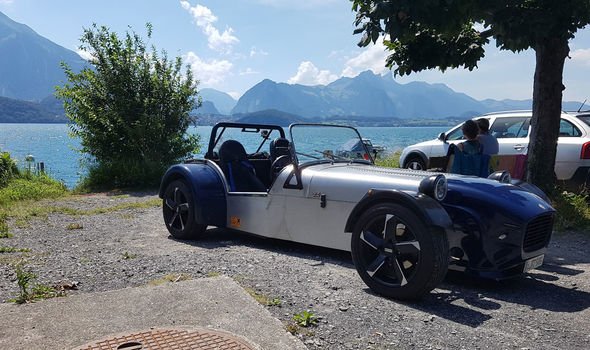 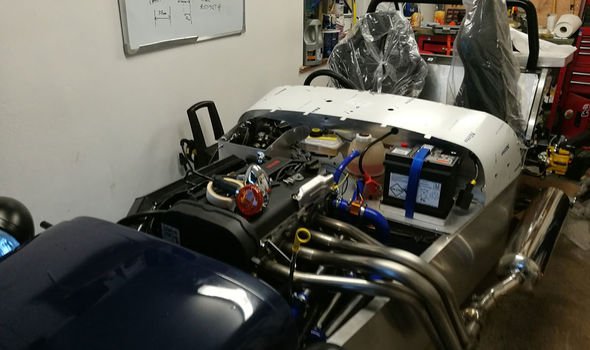 Nick Hammond completed his Caterham Seven after two years, sneaking into his garage for a couple of hours in the evening after work and some extra time at the weekend.

With his only piece of engineering experience being a simple oil and brake pad change on his motorbike, Nick said everything was a challenge but immensely satisfying.

Speaking to Express.co.uk, he said: “In this age of nanny-state, bubble-wrapped security, building a car is one of the few, back-to-basics, manly projects an individual can undertake.

“It counts for 10 points on your bucket list, is much safer than climbing Everest and will give you a glow for the rest of your life.”