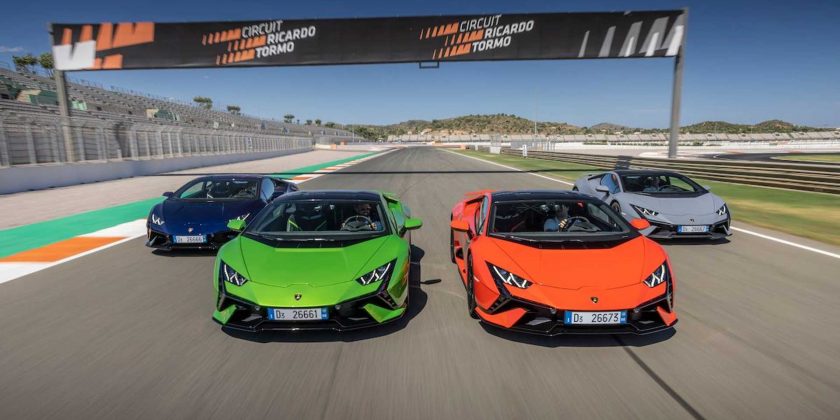 Earlier this year, Lamborghini expanded the Huracán lineup to include another variant. It slots between the regular Huracán Evo RWD and the hotter, track-focused Huracán STO, which is a road-legal version of the Super Trofeo race car, and Lamborghini calls this new model the Huracán Tecnica.

The car debuted in April, but today we have a video that captures the new model on the Circuit Ricardo Tormo race track in Valencia, Spain. The supercar’s dynamic debut shows the coupe in motion for the first time. It’s a thrilling video that truly sells the supercar driving experience, showing the car on the track and on Spain’s mountain roads.

The new Huracán Tecnica borrows a lot from the Huracán STO, including the engine. The two share Lamborghini’s naturally aspirated 5.2-liter V10 engine that produces 630 horsepower (463 kilowatts) and 417 pound-feet (563 Newton-meters) of torque. Lamborghini pumps that power through a seven-speed dual-clutch automatic gearbox to the rear wheels. The car is capable of hitting 60 miles per hour (96 kilometers per hour) in 3.2 seconds. It has a top speed near 202 mph (325 kph).

While the Huracán Tecnica shares a lot with the STO, Lamborghini did differentiate its design. The Tecnica is 2.4 inches longer than the Evo, and its revised design makes it more aerodynamic. Extensive use of carbon fiber, like the engine cover, helps reduce the car’s overall weight. A new fixed-wing increases the car’s downforce by 35 percent compared to the Evo RWD.

The Lamborghini Huracán Tecnica is just the latest iteration of the long-running supercar. The Huracán first appeared in late 2013 before production began the following year. The car entered its second generation in 2019, and there is likely an additional Huracán variant in development, so the company isn’t finished with the model.