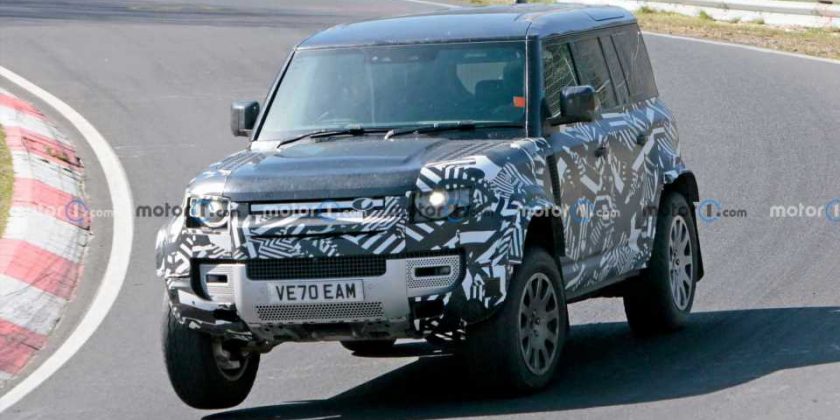 Take heed, for you could be witnessing two very significant moments in this series of spy photos. First, this SUV could be the long-rumored Land Rover Defender SVR, packing a V8 with enough horsepower to make Mercedes-AMG G63 drivers a bit nervous at the drag strip. It also could be the only time a Land Rover Defender has lifted a wheel while lapping the Nürburgring that wasn’t the result of a catastrophic mistake.

Are we absolutely certain this is a Land Rover Defender SVR? The answer is no, but our spy sources confirm this particular test vehicle was definitely packing a V8. That means we’re dealing with at least 518 horsepower (386 kilowatts) from the standard-issue supercharged 5.0-liter mill. However, the rumors we’ve heard about the SVR suggest it will have 600 hp (447 kW) courtesy of a transplanted 4.4-liter twin-turbocharged V8 from BMW. So if the rumor is true, you’ll have a choice of two high-output V8 engines in a Defender. Emissions regulations? What emissions regulations? 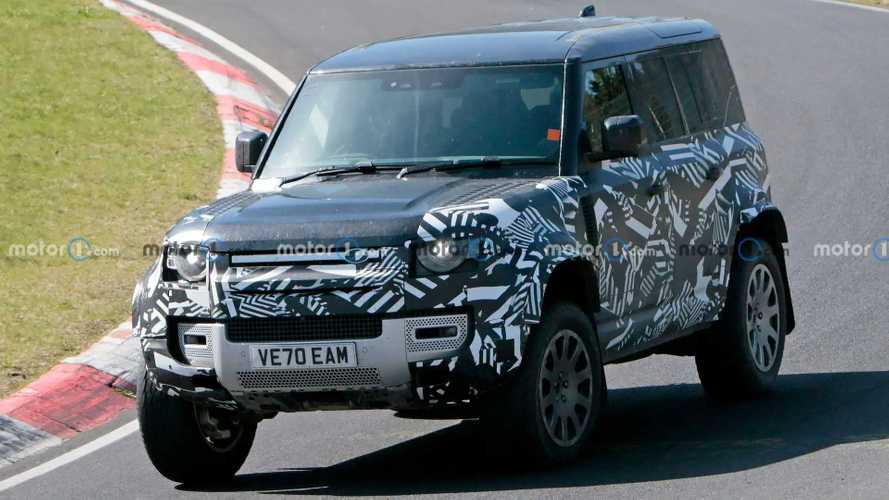 Fortunately, we have more to go on than just some rumors and a Defender going full-send at the ‘Ring. Take a close look at the fenders and you’ll see larger flares with a design that’s completely new. It’s riding on a new set of wheels as well, and the brakes behind the front wheels look absolutely massive. Considering we see all these features on a camo-wrapped vehicle being pushed hard at the Nürburgring doesn’t leave much room for interpretation. If it’s not a Defender SVR, Land Rover is certainly up to something relating to on-road performance.

When the rumors first surfaced last year, we heard that Land Rover was keen to carve out a section of the luxury-performance SUV market for itself. A 600-hp Defender SVR would most decidedly garner attention in a world where G63s are often seen cruising tarmac, challenging supercars to friendly contests of speed. If this is indeed happening, we don’t expect Land Rover will keep it a secret much longer. Stay tuned for a debut by the end of the year.