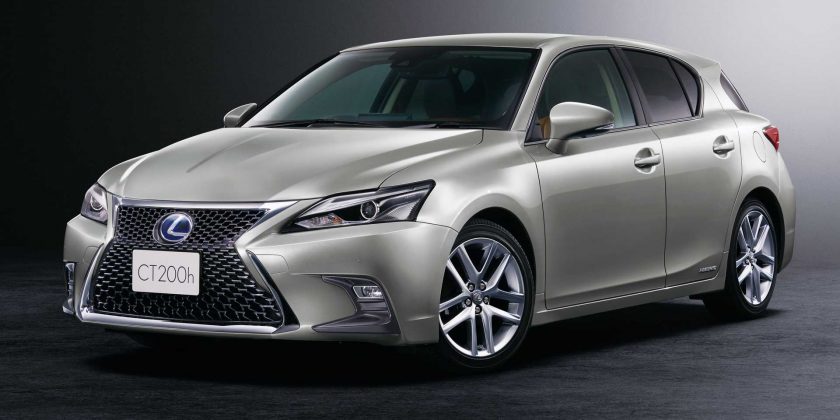 Lexus discontinued the CT entry-level model in Japan earlier this year putting a 10-year production cycle to an end. The hatchback was sold in the United States until the 2017 model year but the automaker decided to drop it from its US lineup after just 4,690 deliveries in the country in 2017. However, it seems that Lexus is poised to give the CT another chance as a new report indicates a second-generation model is currently under development with three different powertrain types.

To the surprise of nearly no one, Lexus plans to turn the CT into a small crossover replacing the traditional hatchback shape. That’s according to Best Car Web, which has a new article dedicated to the upcoming products from the premium manufacturer. The information is really scarce at the moment and you should also take it with a grain of salt but it seems that the new CT could be positioned slightly above the UX in the company’s global portfolio if it gets the green light for production.

The most interesting part of the report coming from Japan claims that the CT successor will be offered with combustion, electrified, and electric powertrains. Again, everything is pretty vague at this point, but Best Car Web mentions a 2.0-liter hybrid system, a 2.5-liter gasoline engine, and a battery-powered variant.

The production of the first-generation CT was discontinued in March this year when a final edition model was released. It had visual upgrades but only a single available powertrain – a 1.8-liter four-cylinder mill with 98 horsepower (73 kilowatts) and 105 pound-feet (142 Newton-meters) of torque. Supported by an electric motor with another 80.5 hp (60 kW) and 153 lb-ft (207 Nm), the hybrid system was capable of delivering a peak output of 134 hp (100 kW).