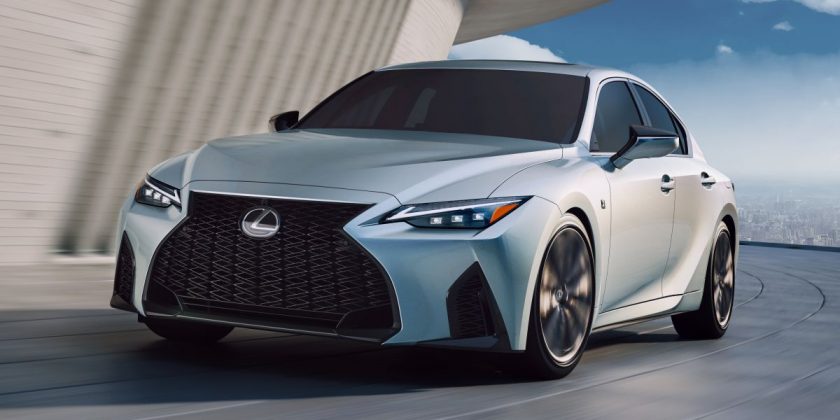 The revised Lexus IS range appears set to receive another engine for its line-up, with a trademark application sighted by forum GR86.org. The ‘500’ suffix could point to a number of engines already being used in the wider Lexus range, and this currently includes the naturally aspirated 5.0 litre V8 as well as the 3.5 litre twin-turbo V6 that is used in the LS 500 flagship sedan.

No ‘h’ suffix here, so this will be for a purely internal combustion engine variant. The other possibility, and likely the hope of traditional enthusiasts, is the 5.0 litre NA V8 that powers the LC 500, producing 470 hp at 7,100 rpm and 540 Nm of torque at 4,800 rpm. The naturally aspirated V8 from the Lexus LC 500 likely won’t make it into the IS 500, as this is due to be retired in two years.

This 2UR-GSE powerplant has been reported by a Japanese magazine to be retired from the LC in two years, therefore this is unlikely. The twin-turbo V8 that will replace this at the top of the LC tree won’t be it either, as the trademark filing is for a non-F model.

Speculation surfaced last year – before the arrival of the IS facelift – that the 3.0 litre turbocharged inline-six in the G29 Z4 and A90 Supra is a possible new addition to the selection of engines in the IS range. This was on the assumption that the facelifted sedan would debut on the Toyota New Global Architecture (TNGA) platform for FR (front-engined, rear-wheel-drive) cars, but that too has emerged not to be the case.