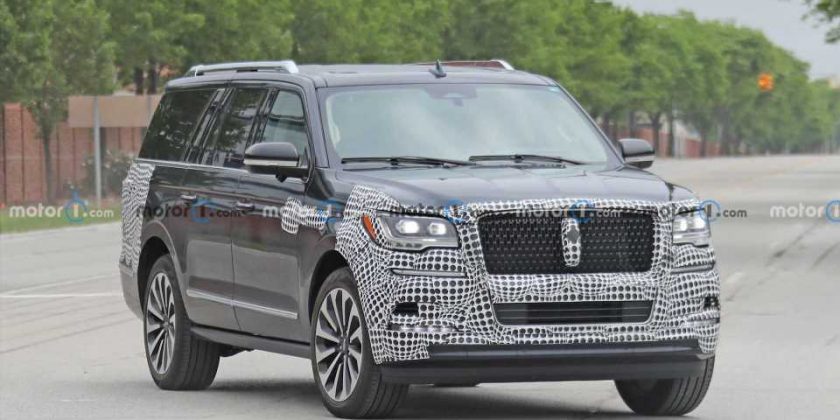 The interior shows a ton of screen space.

The newly uncovered front fascia gives us a great look at the new headlights. Unlike the previous model, the new lamps feature a slightly thinner profile, which helps tidy up the nose of the car. Further back, camouflage still covers up quite a bit of the side vents and the rear fascia. We wouldn’t be surprised to see thinner tail lights at the back, connected by a light bar along the trunk. 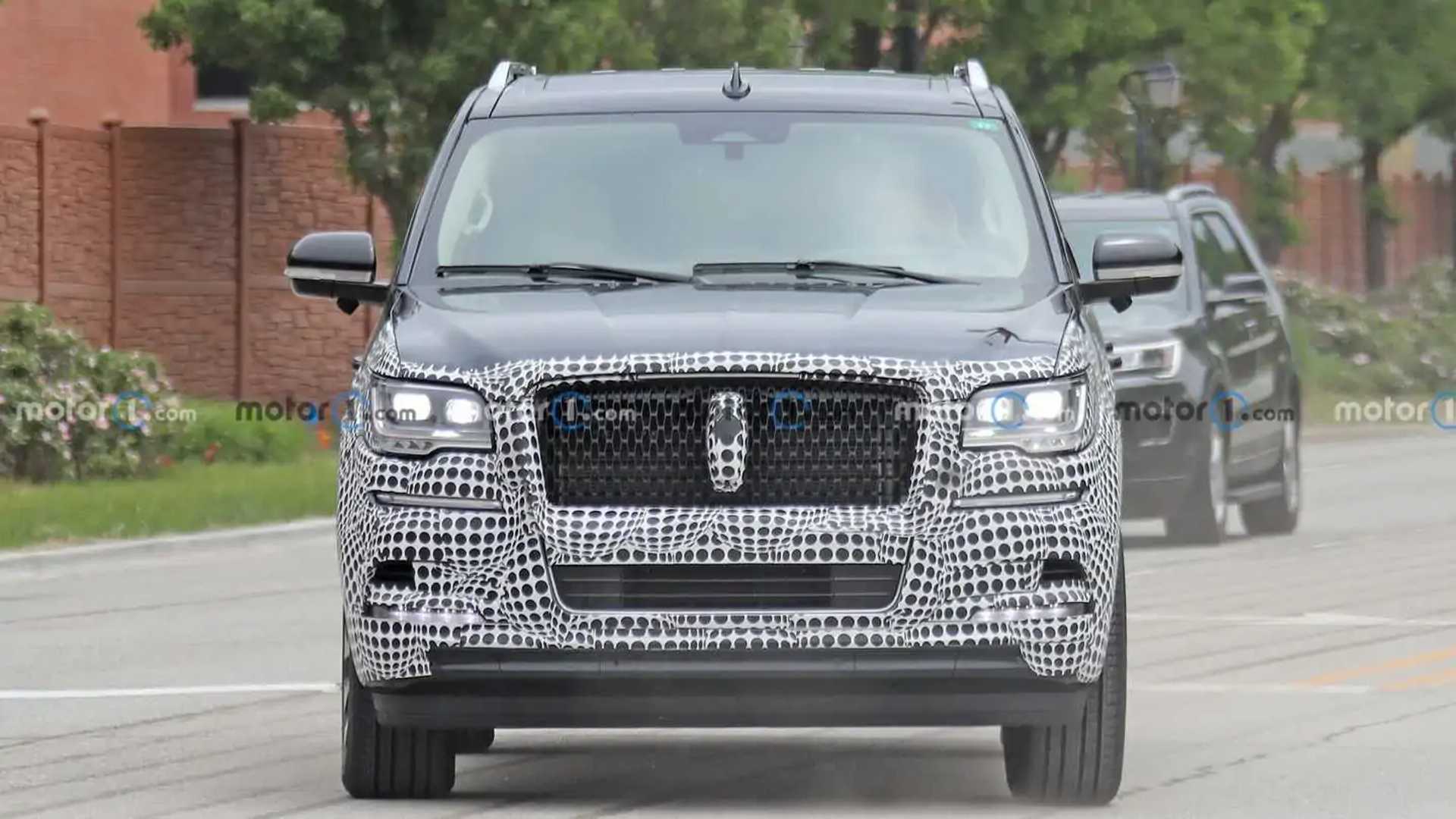 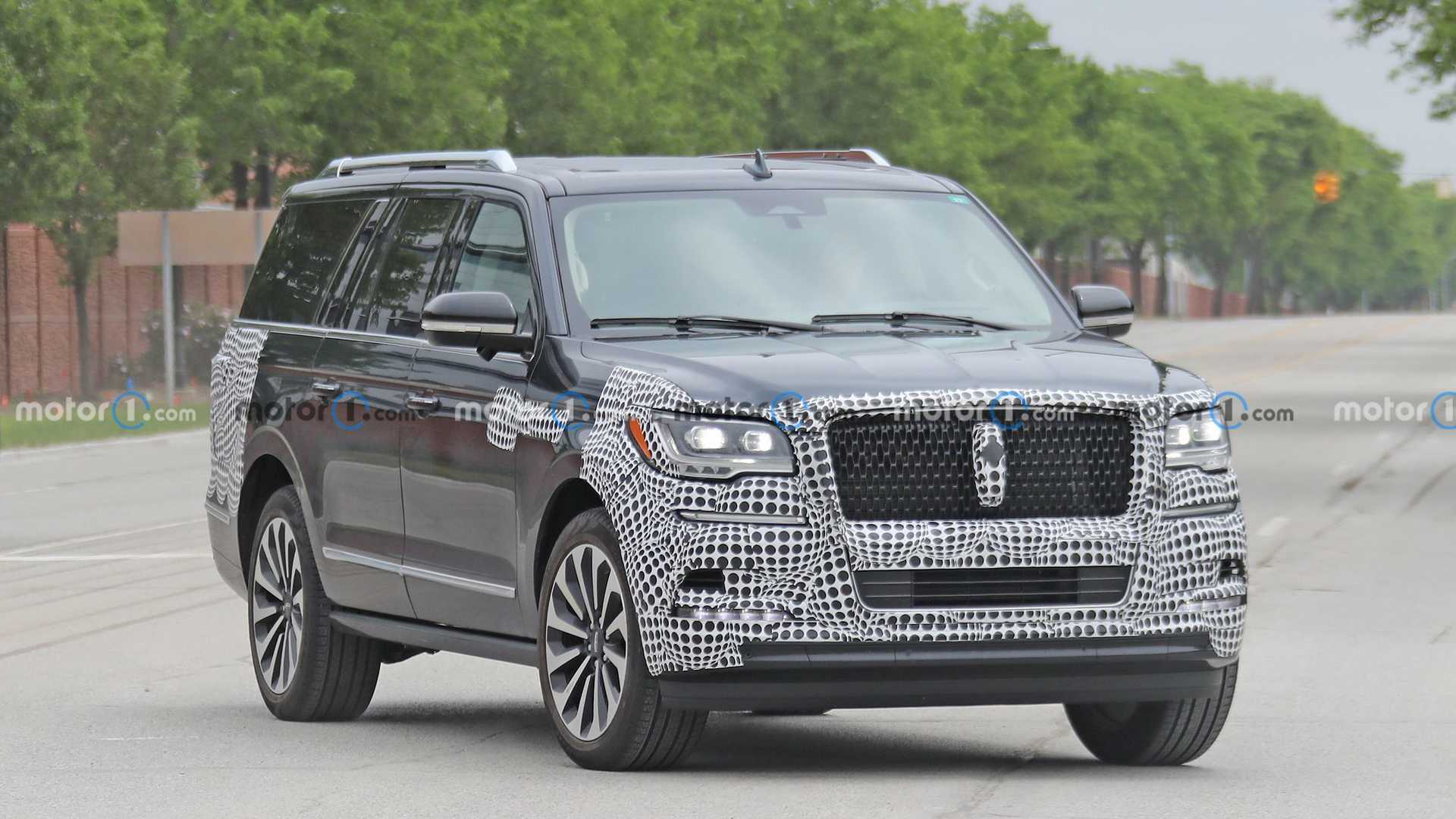 However, the biggest change involves the massive infotainment screen inside the vehicle. It’s clear that the American automaker wanted to add as much screen space as possible. The added screen real estate should allow the Navigator to better compete with vehicles like the all-new Cadillac Escalade and Jeep Grand Wagoneer.

While you might think that Lincoln borrowed the 15.5-inch screen used by the latest and greatest Ford vehicles – including the Mustang Mach E and F-150 Lightning – that’s not the case here. Sure, it appears very similar to the horizontally-oriented unit used in the 2020 Navigator, but we’d wager that there are improvements under the skin.

If the previous model is anything to go by, it will likely use the same re-skinned version of Ford’s Sync 3 operating system. It’s important to note that Apple CarPlay, Android Auto, and Amazon Alexa were included from the factory in previous models. Details remain sparse, but we’d expect an official debut in the next month or so.