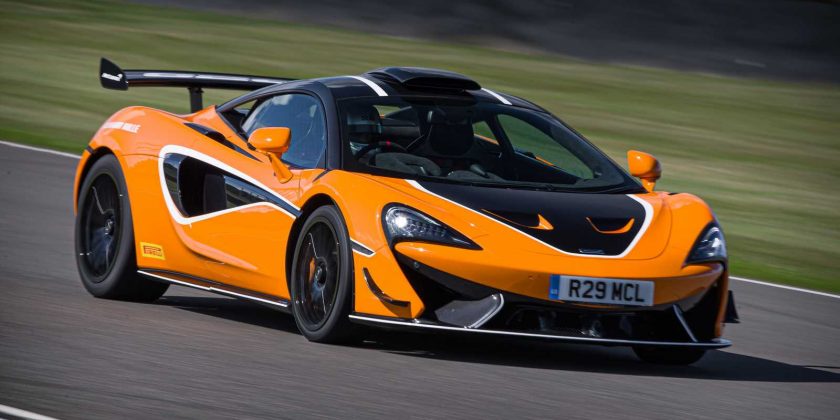 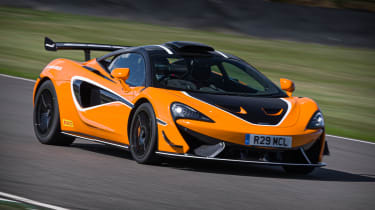 McLaren’s in-house design studio, McLaren Special Operations, has launched an upgrade pack for the limited edition 620R supercar. It’s called the “R Pack,” and it adds a host of mechanical and cosmetic tweaks which promise to improve the car’s performance while making it look even more like a GT4 racer.

Cosmetic upgrades over the standard McLaren 620R include a new gloss carbon fibre roof scoop, a carbon fibre interior trim package and gloss carbon fibre vents for the front wings, which are designed to release the high pressure air from the wheel wells that builds up during faster track driving.

R Pack buyers also get a new titanium sports exhaust system, which McLaren says is five decibels louder than the 620R’s standard pipework. As an added benefit, the upgraded system is slightly lighter and more free-flowing than the factory setup.

The 620R is powered by a twin-turbocharged 3.8-litre V8, which has been lifted from the McLaren 570S GT4 racer and retuned to develop 610bhp and 620Nm of torque. Drive is sent to the rear wheels via a seven-speed dual-clutch gearbox – and McLaren says the powertrain will deliver a 0–62mph time of 2.9 seconds and a top speed of 200mph.

To keep all that performance in check, McLaren has also fitted an aggressive aerodynamic package, which develops a total of 185kg of downforce at 155mph. The chassis has been upgraded, too, with carbon ceramic brakes, centre locking wheels, Pirelli P Zero Trofeo R tyres and a set of manually adjustable race-spec dampers.

The R Pack is only available on the limited edition McLaren 620R – of which, just 225 units will be sold worldwide. Prices for the supercar start from £250,000, while the new upgrade package will set buyers back a further £25,000.

Check out the best supercars to buy right now…