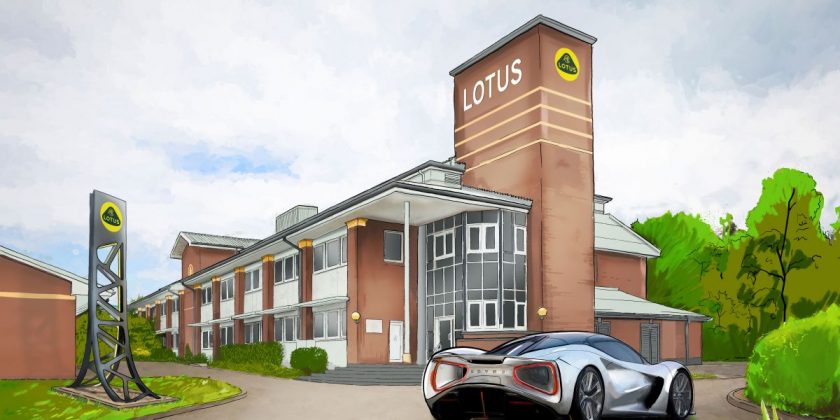 A dedicated specialist advanced technology centre is in the works, Lotus has announced, and this upcoming facility will also serve as the headquarters for Group Lotus’ consultancy division, Lotus Engineering. This will be located at the Wellsbourne campus of the University of Warwick, and the facility has been established in partnership between Lotus and WMG, formerly the Warwick Manufacturing Group.

The upcoming facility will consist of offices, workshops and laboratory space, and there will be ample space for expansion, says Lotus, adding that it will initially be populated by 130 engineers who will complement the team of 500 engineering personnel at Lotus Cars in Hethel, Norfolk.

The new space, facilities and job opportunities at Wellsbourne will be in great demand as Lotus builds its portfolio of external projects, while the Evija is the centre’s first new project from Lotus Cars for the advanced technology centre to deliver, said executive director of engineering at Lotus Cars, Matt Windle. The Evija is Lotus’ first to have a chassis made fully of carbon-fibre, and it boasts of some serious numbers. Hethel’s first all-electric hypercar produces 2,000 PS and 1,700 Nm of torque from four compact Electrical Drive Units, each producing 500 PS. These are powered by a 70 kWh lithium-ion battery, mounted in the Evija behind its occupants where the internal combustion engine of a mid-engined sports car would be.

The output enables the Evija to do 0-100 km/h in under three seconds, and 0-300 km/h in less than nine seconds, says Lotus, also claiming that the Evija will be the lightest pure electric hypercar to go into series production, with a targeted weight of 1,680 kg. Its one-piece carbon-fibre monocoque weighs just 129 kg.

The hand-built Evija starts from £1.7 million (RM8.7 million), and as befitting a vehicle of this category, each can be further personalised to their owner’s commissioning. Interested parties are required to pay a deposit of £250,000 (RM1.28 million) to secure a production slot.