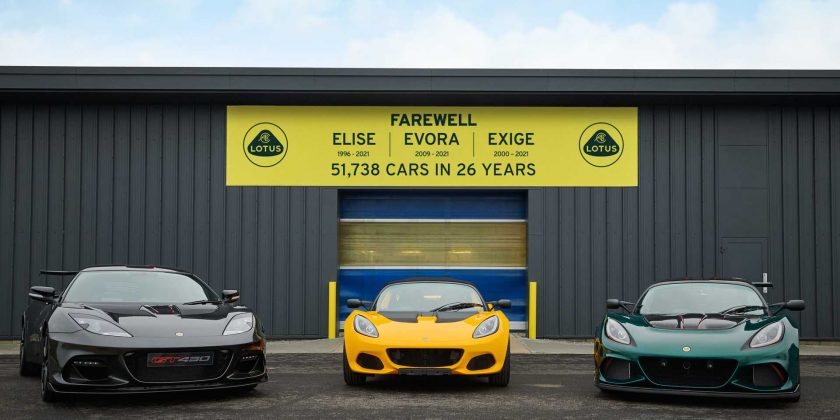 It’s the end of an era and the beginning of a new one as Lotus has concluded production of the Elise, Exige, and Evora to prepare the Hethel factory for the new Emira. The Norfolk-based sports car marque introduced the Elise Series 1 in 1996, followed by the hotter Exige in 2000, and the more civilized Evora in 2009. All three received many derivatives throughout the years, and now the British brand is bidding adieu to all three at once.

During this 26-year interval, a total of 51,738 vehicles have been produced, which is almost 50 percent of the company’s entire production run since Colin Chapman founded Lotus back in 1948. The Elise/Exige’s “small car platform” was also used for the 340R, Europa, 2-Eleven, and 3-Eleven, as well as non-Lotus models such as the Opel Speedster / Vauxhall VX220 and the Tesla Roadster. Combined, these underpinnings served as the backbone for 56,618 vehicles. 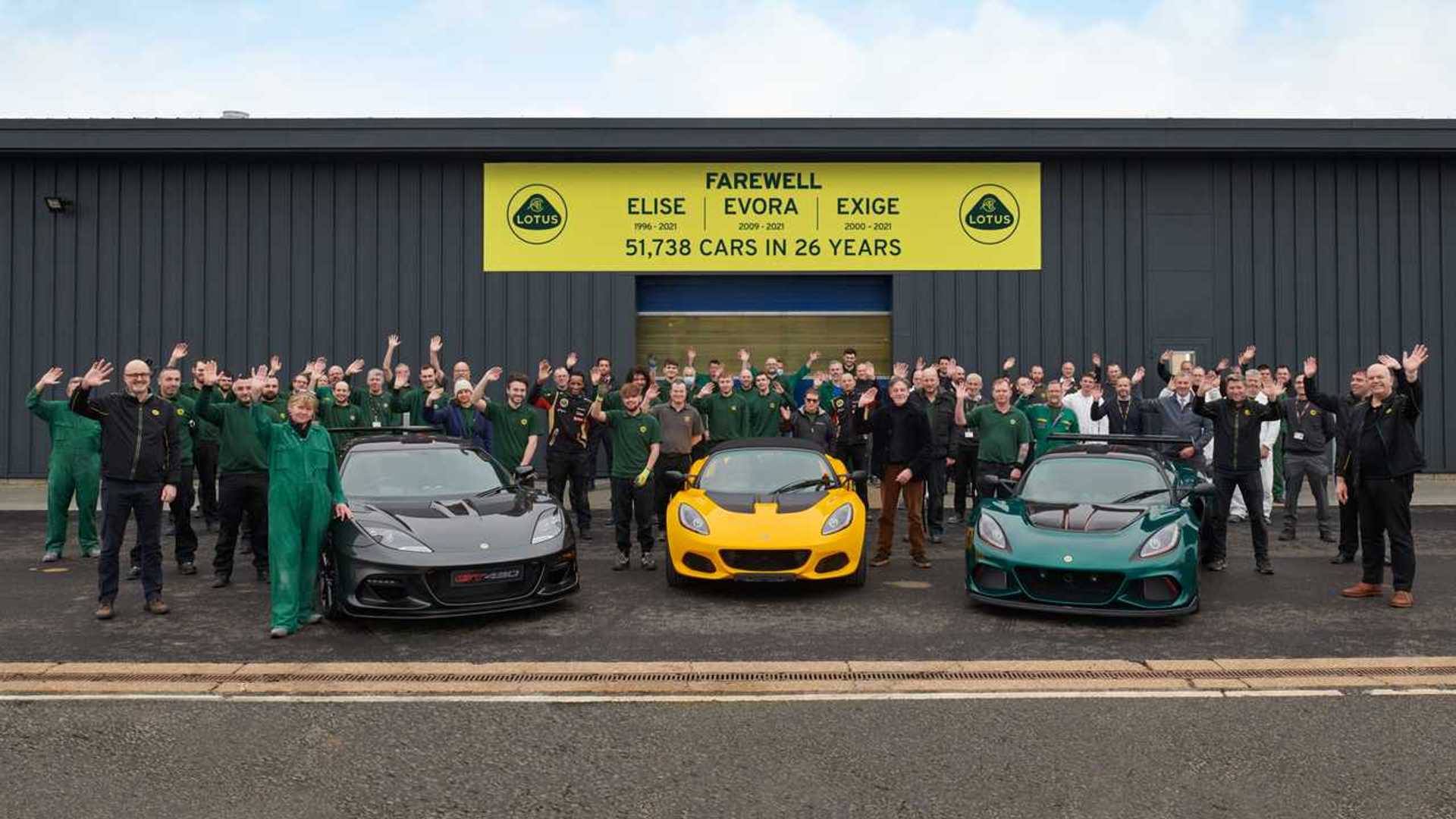 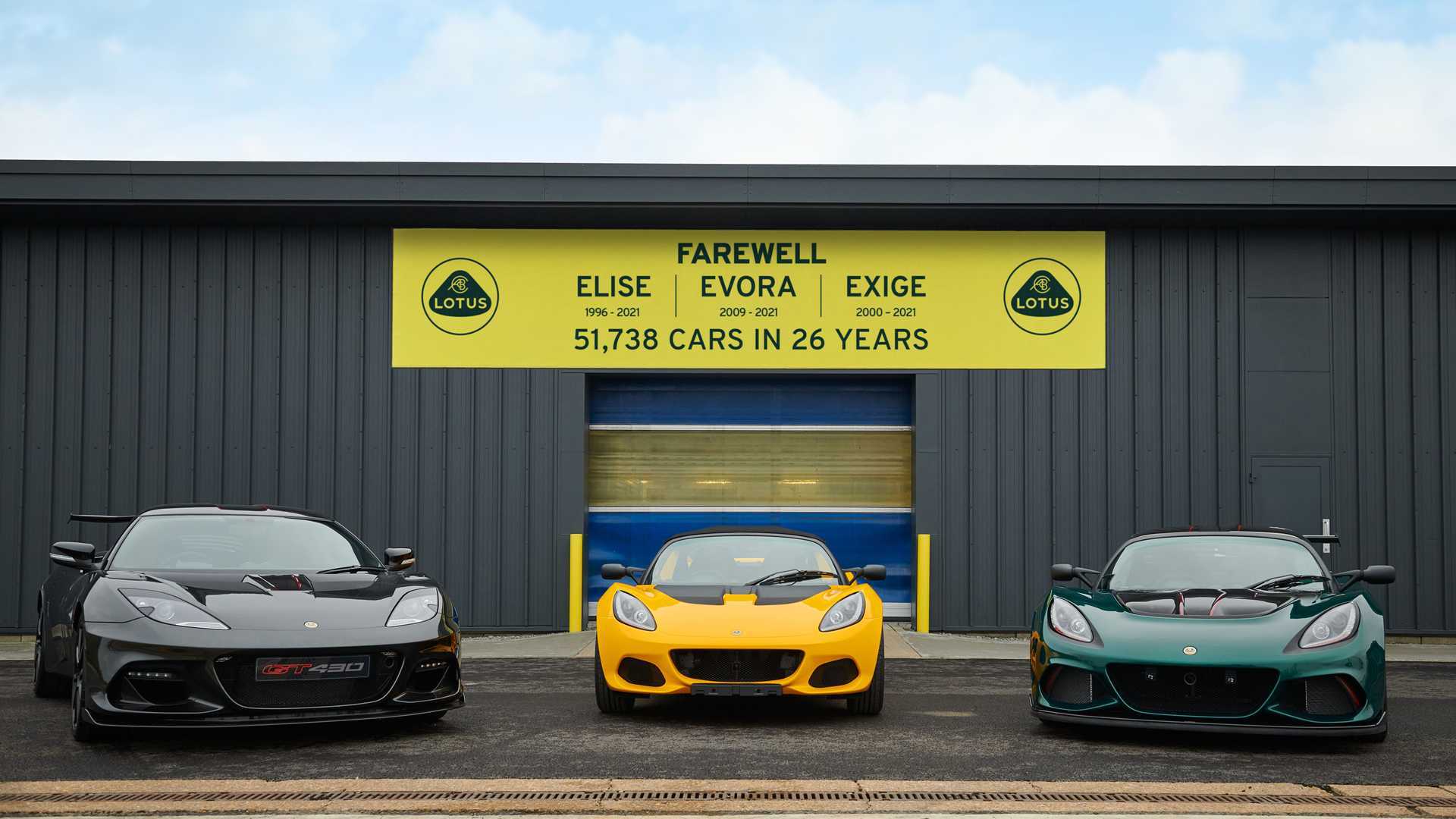 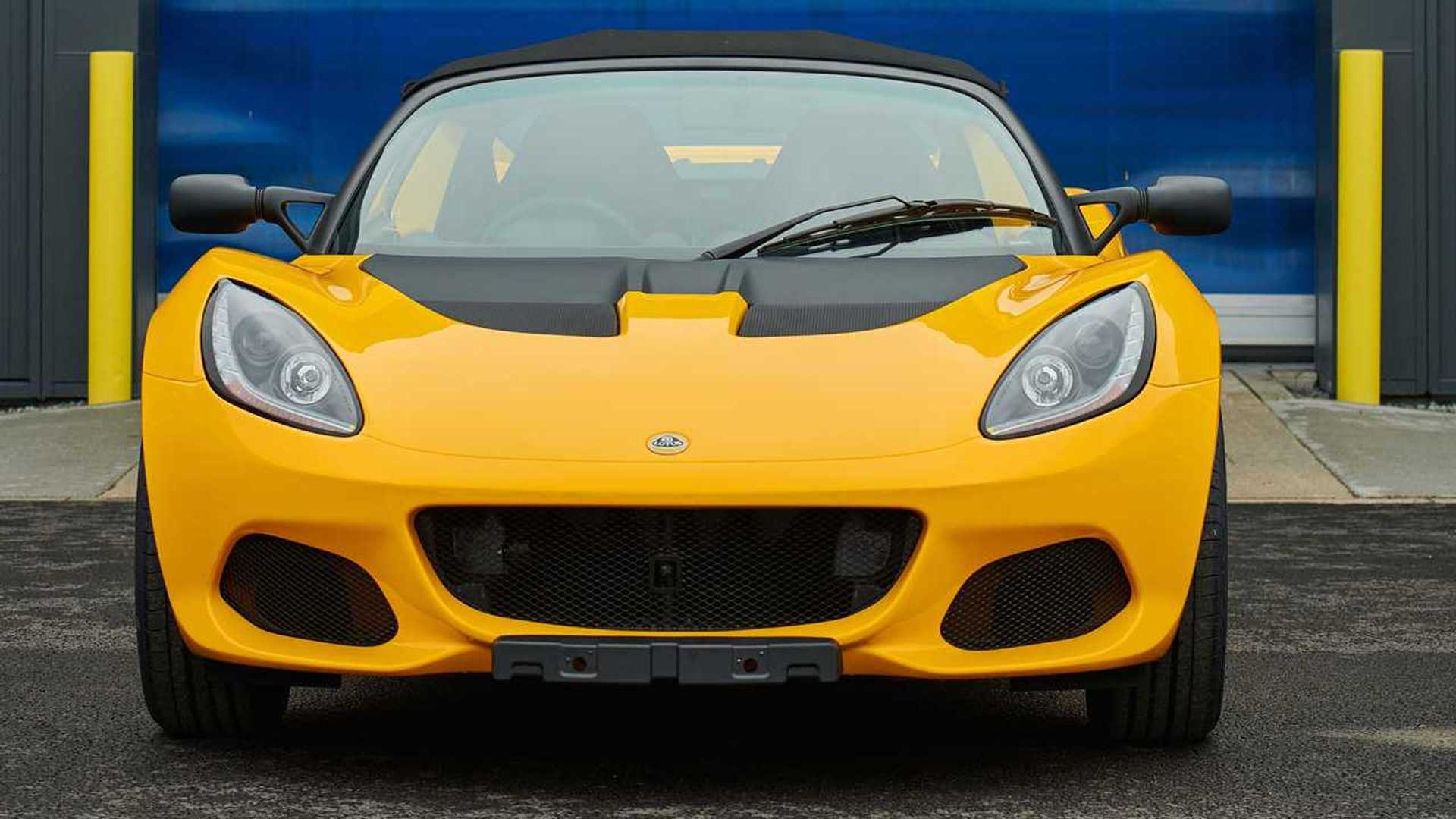 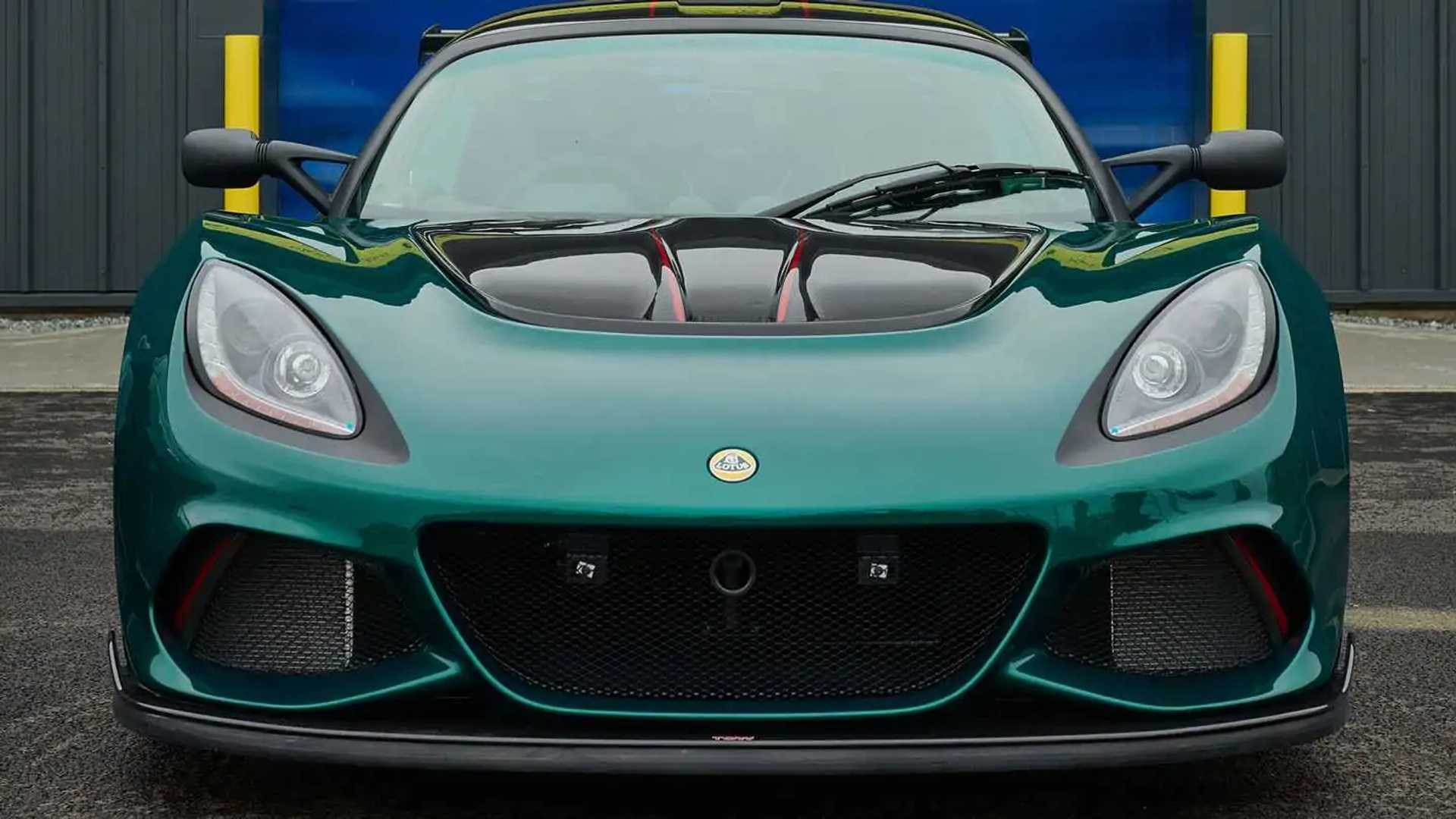 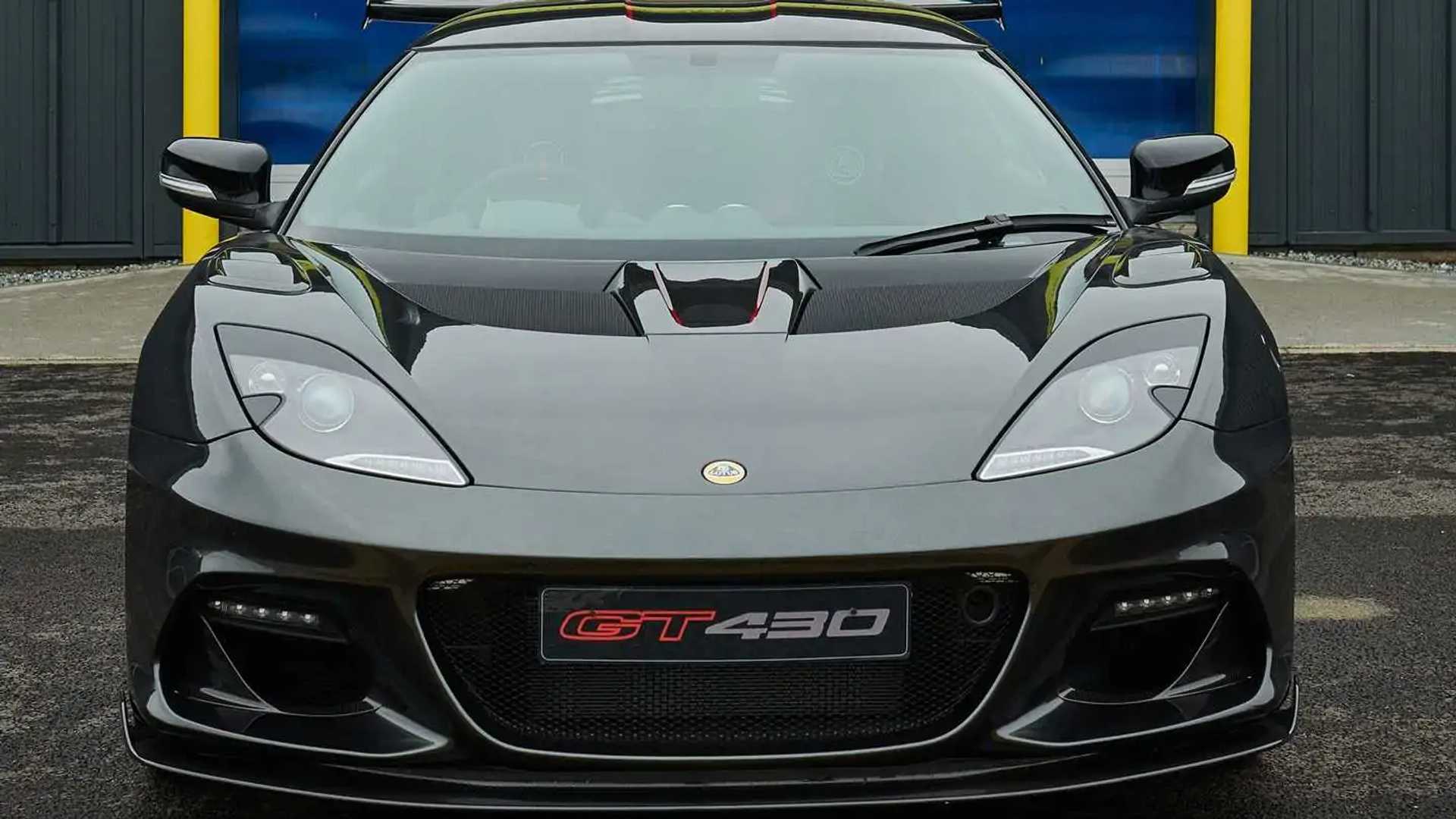 Although not mentioned in the press release, the Hennessey Venom GT of which only 13 units were made  (seven Coupes and six Spyders) used a heavily modified configuration of the same platform. It was once the fastest car in the world and set multiple other speed records before the Texas-based tuner replaced it with its own car, the new Venom F5.

The literally ultimate trio is represented by a yellow Elise Sport 240 Final Edition, a Heritage Racing Green Exige Cup 430 Final Edition, and a Dark Metallic Grey Evora GT430 Sport. None of these will be sold as they’ll become permanent members of Lotus’ heritage collection. The Geely-owned company has put together 35,124 examples of the Elise, 10,497 of the Exige models, along with 6,117 of the Evora.

The three will be replaced by the new Emira set to enter production next spring at the same plant where the all-electric, limited-run Evija hypercar is also assembled. Lotus will expand its portfolio next spring with the unveiling of an electric SUV due to be assembled at a new factory in Wuhan, China.