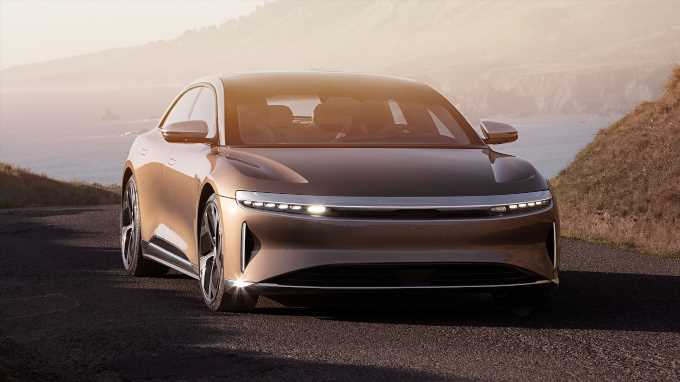 The complete Lucid Air picture is starting to come into sharper focus. It had better, we might add, as two Air trims—both the Grand Touring and Dream Edition—are supposed to be on sale in the second quarter of 2021, which, according to this laptop, is right now. Four Air models have been announced in total. Before we dig into the details, how about a little refresher on what the Lucid Air is.

The Air is an all-new electric sedan from an all-new electric car company called Lucid, headquartered near San Francisco, California. The company’s chief executive officer—Peter Rawlinson—is not only its chief vehicle engineer, but was previously the chief vehicle engineer for the Tesla Model S. The principal design difference between the decade-old Model S and the Air is that ten years ago the Tesla needed to look like a conventional car, whereas the Lucid appears more like something from the future. According to Rawlinson (at least), the Air is electric car 2.0.

There are four Air trims to consider. The least expensive and least capable is the Air Pure, with a starting price of $77,400. Lucid is quick to point out that with a “potential” $7,500 federal tax credit, the price falls below $70,000. For that, you get a single rear motor good for 480 hp with a manufacturer-estimated range of 406 miles, with the ability to add 300 miles of range (via 900-volt fast charging) in 20 minutes. No performance numbers have been discussed (yet), and the Pure goes on sale at some point in 2022.

Next up is the Air Touring, coming in at $95,000 before “potential” federal tax credits. It has two motors (one up front and another at the rear), and peak output rises to 620 hp (the same amount as a Porsche Panamera Turbo S) with an estimated range of 406 miles—should you keep it on 19-inch wheels. Opting for the available 21-inchers hurts the car’s range.

The Air Touring’s 0-60-mph time is said to be 3.2 seconds, not bad for a big four-door, though the all-wheel-drive Panamera Turbo S hit 60 mph on our clock in 2.7 seconds. The Air Touring will run the quarter mile in a claimed 11.3 seconds at 123 mph. Assuming the Air weighs about what a Panamera weighs (4,800 pounds), then this last part squares with our own testing, as the Porsche did the quarter in 11.0 seconds at 123.4 mph. Lucid claims the car tops out at 155 mph. The Air Touring is due to go on sale in the fourth quarter of 2021.

The number three trim level is the Air Grand Touring. The price is $139,000 before a possible tax credit. For all that cheddar you get two motors—one up front and one out back—that work together to produce 800 hp. The range increases to a manufacturer-estimated 517 miles, but again you need to keep the Grand Touring on 19-inch wheels to achieve that figure. With 21s the range falls to around 475 miles or so. The 0-60-mph estimate is 3.0 seconds, and the quarter mile may very well happen in 10.8 seconds at 133 mph. A 2020 Porsche Taycan Turbo S hit 60 mph on our clock in 2.4 seconds and ran the quarter in 10.5 seconds at 130.7 mph. Lucid claims a top speed of 168 mph for the Air Grand Touring.

Finally, the daddy of the Lucid Air lineup, the Dream Edition will set you back $169,000 before the “potential” federal tax credit. Like the Touring and Grand Touring, the Dream Edition features an electric motor at each axle, but it cranks the power up to 1,080 horses. With the 21-inch AeroDream wheels, the Dream Edition’s driving range is an estimated 465 miles. Opt for the 19-inch AeroRange wheels, though, and Lucid estimates the Air Dream Edition will go 503 miles on a full charge. That’s insane for a battery electric vehicle that happens to put out more power than a Bugatti Veyron.